Posted by fromthemurkydepths on May 20, 2019 3 Comments 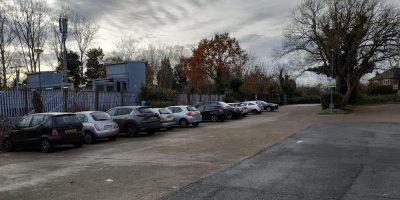 This site has been critical of Greenwich Council’s clumsy and dated approach to street design over the years, but last week on a visit to New Eltham I saw a scheme which whilst small, shows what can be done to improve towns across the borough.

As I walked down it was clear some recent alteration had been made to a road layout at the junction of Avery Hill and Lannoy Roads. 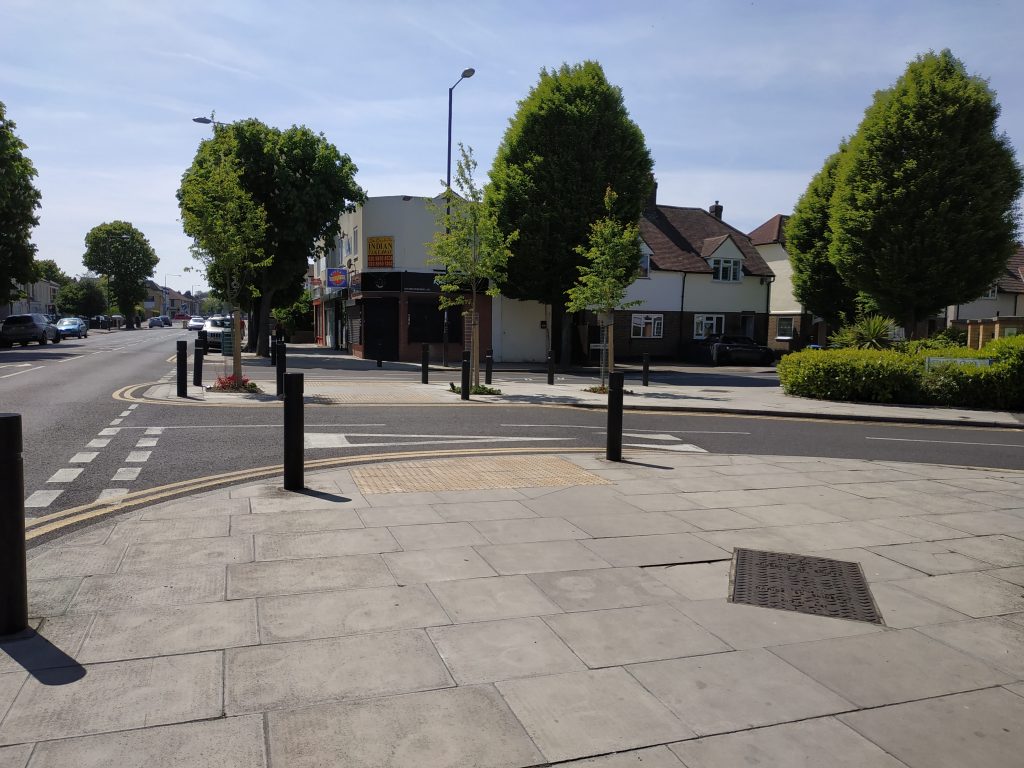 I thought it must be very recent but Google Streetview revealed it’s at least five years old. One reason it hasn’t aged is the use of certain materials – i.e. not using wooden bollards that easily get knocked out of shape and age badly. Instead, simple black metal posts are on site – though you say numbers are still excessive. Paving is simple but again good.

It’s all very simple but an exception to the norm in the borough. 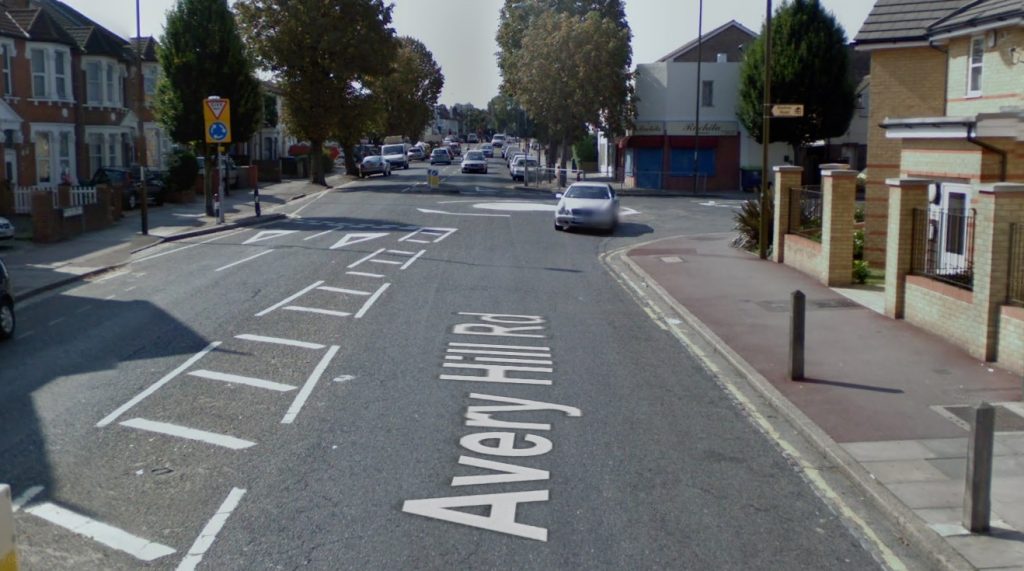 It appears the road layout was changed from a roundabout with guardrails forcing pedestrians on a detour to a standard junction permitting direct walks for those heading along Avery Hill Road.

Then recently three trees were planted in newly created paving space resulting from the altered layout. In recent weeks flowers were planted at the base.

And now for modest cost a small corner of the borough is healthier, attractive and more conducive to encouraging walking and healthy living. One job does little granted, but multiply this by hundreds and we’re getting somewhere.