Posted by fromthemurkydepths on March 12, 2019 2 Comments 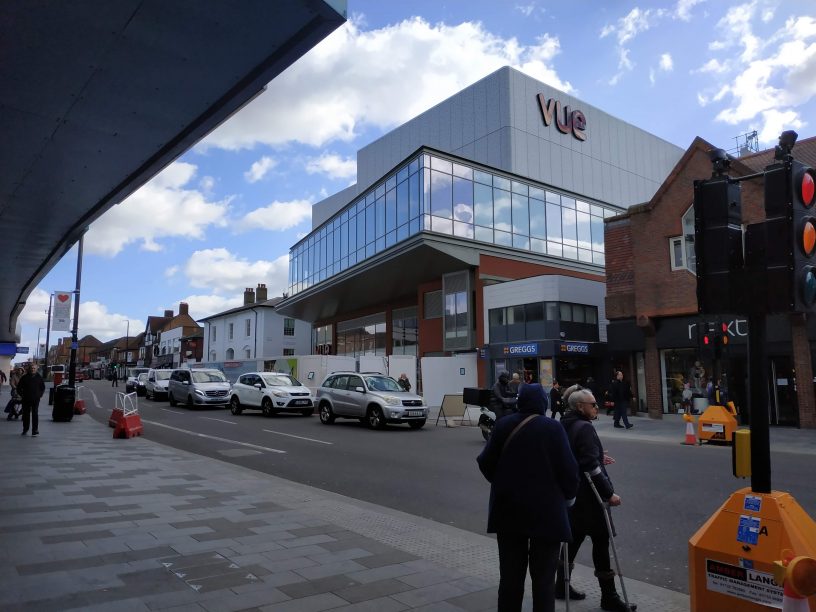 Eltham’s forthcoming Vue cinema is now seeing the last weeks of construction as signs are applied to the exterior and last minute snagging is undertaken.

The target date is late April for opening though Vue will be hoping for no repeat of the Bromley delay which lasted almost a year. That was part of a far bigger development however so shouldn’t be replicated. 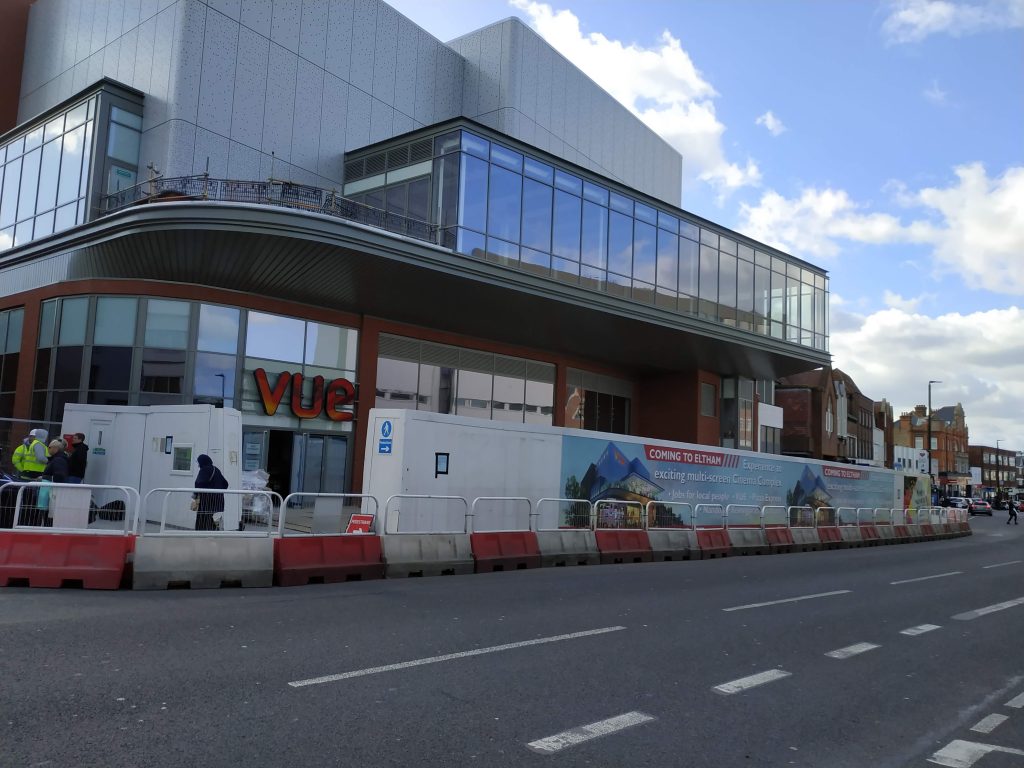 Ticket prices will be £7.99 as at Bromley. The chain often adopts a blanket price policy – though out of London it’s £4.99 across the board in most places.

The protruding sky bar will divide opinion. It’s a strong architectural statement yet I can’t help but feel that cost increases have seen some “value-engineering” resulting in quite cheap looking materials and detailing.

The end of building works will also be welcomed by users of the street once full width of the public realm is established. 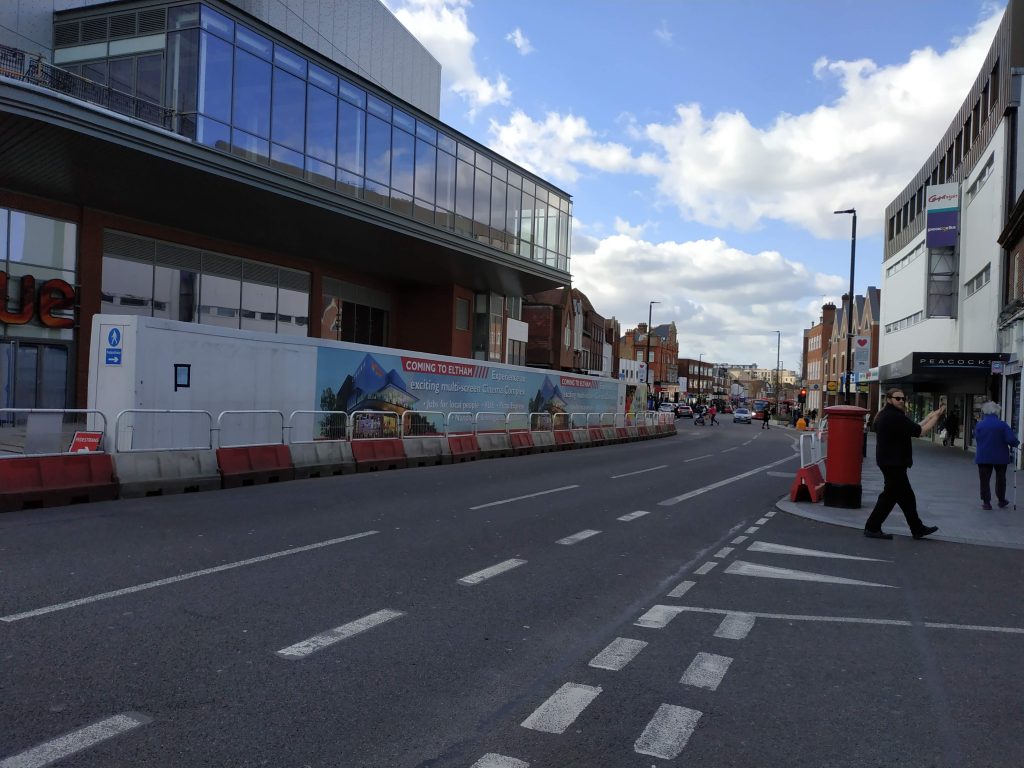 I notice the News Shopper is covering this today as well (I’d taken pics yesterday in anticipation of writing this up so not copying!). What struck me is how they almost never have photos taken by themselves of areas they cover. Despite receiving tens of thousands of support through public funds the owners have been criticised for cutting back staffing heavily with few reporters covering vast areas, and often from miles away.

If you value local reporting that gets out there to areas, captures what’s happening on the ground and researches issues please support the site. You can do so at either Patreon (to become a sponsor) or Ko-Fi (for one off payment).

I may not have pictures of every location ever covered but I do have thousands as  changes are captured across south east London whilst researching and writing news stories.