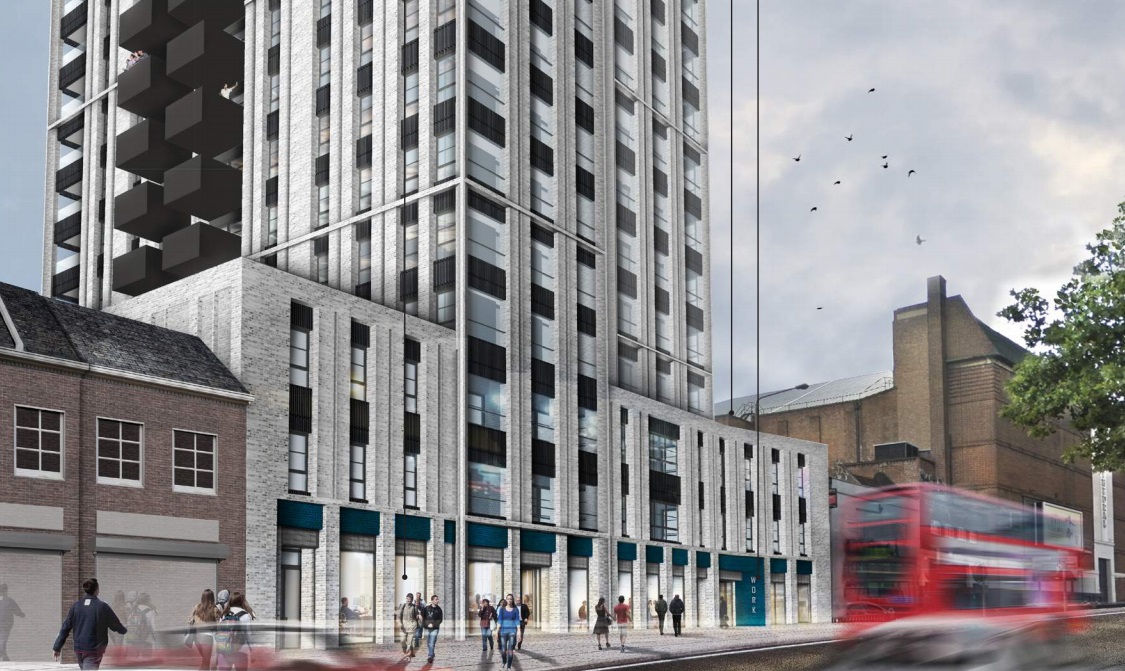 Plans for 296 homes in three blocks at Mortgramit Square in Woolwich opposite have been submitted to Greenwich Council. The site is almost opposite Waterfront Leisure Centre .

Just 20% of homes are affordable though all are social housing, which is actually better than most, but below 35% targets for “affordable”.

Of the 296 units planned, 143 units will be for Private Rented Sector which is heralded by some as a solution to housing issues, though with many PRS schemes offering rents at an even higher level than expensive private rent costs, its ability to assist with housing issues is limited.

The site, at 154-172 Powis Street and 125-129 Woolwich High Street, takes the easy option of wholsesale rebuilding instead of integrating some lovely brick buildings into new builds.

The area is wonderfully evocative and atmospheric though currently a bit of a car park. 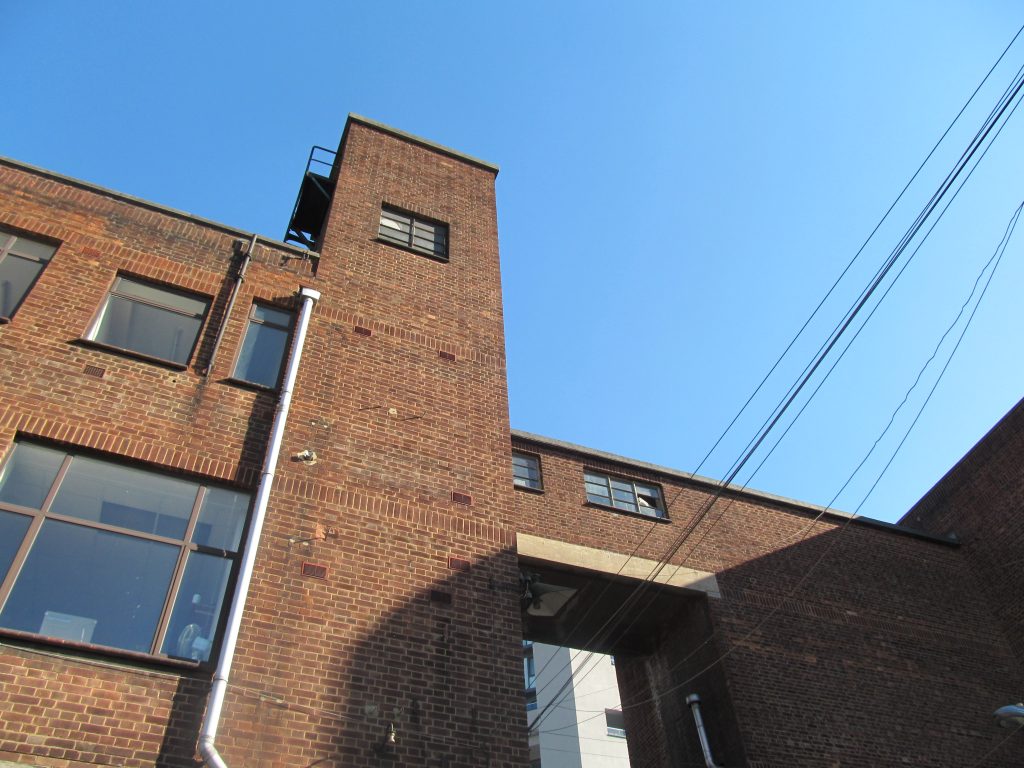 The justification for doing so is a bigger public space. Well, that could be created without flattening all that currently stands.

It’s not that I dislike the planned public space. It’s good. Just not good enough to smash everything down. It’s the need to squeeze in three blocks and as many units as possible that determines that a new public space cannot work alongside the best of the old buildings.

Anyone who has seen how early 20th century industrial buildings can be refurbished and integrated into new builds will see this as a very lazy option by developers. History and character? Who needs that? Yet comprehensive rebuilding is what Woolwich did the 1960s and regretted ever since.

There’s ample space to build on site without demolishing every trace of history. The garage site facing Woolwich High Street could see high density new builds whilst retaining the cobbled yards, bridges and some industrial buildings with conversion to other uses.


Indeed, the tallest tower is not even planned for the spot where those buildings with the most character and link bridge reside.

What often happens with schemes like this is many people see parts of Woolwich as they now are; run down, neglected, sorry looking. And say sweep it all away.

The same thing was said all over the country in the 1960s and 1970s regarding Victorian and Georgian buildings. The same mistake will be made here. The good is worth keeping. Altering if need be for modern use, but keeping. With cleaned brickwork, new windows and signage it can look fantastic. Not every town has these assets.

It’s not to say the proposal is bad. There’s lots to like. This frontage is good. 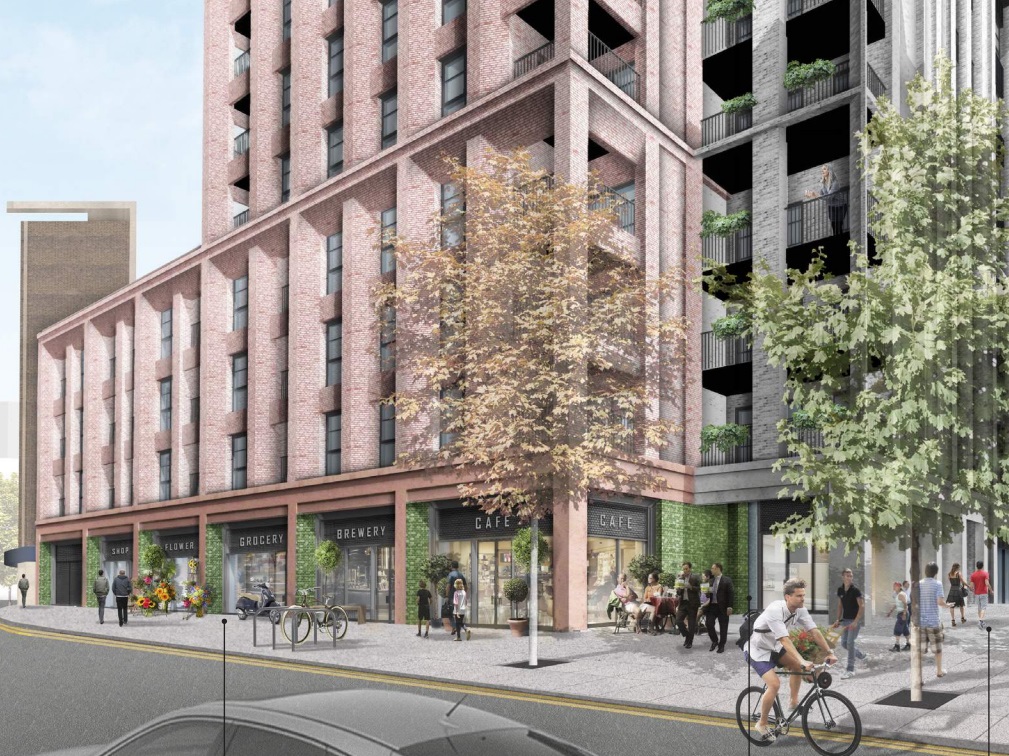 But this can still be built whilst keeping the cobbled streets and best buildings behind. It’s need not be either/or.

The main block on the other side is less good. It’s pretty fat and lumpen. 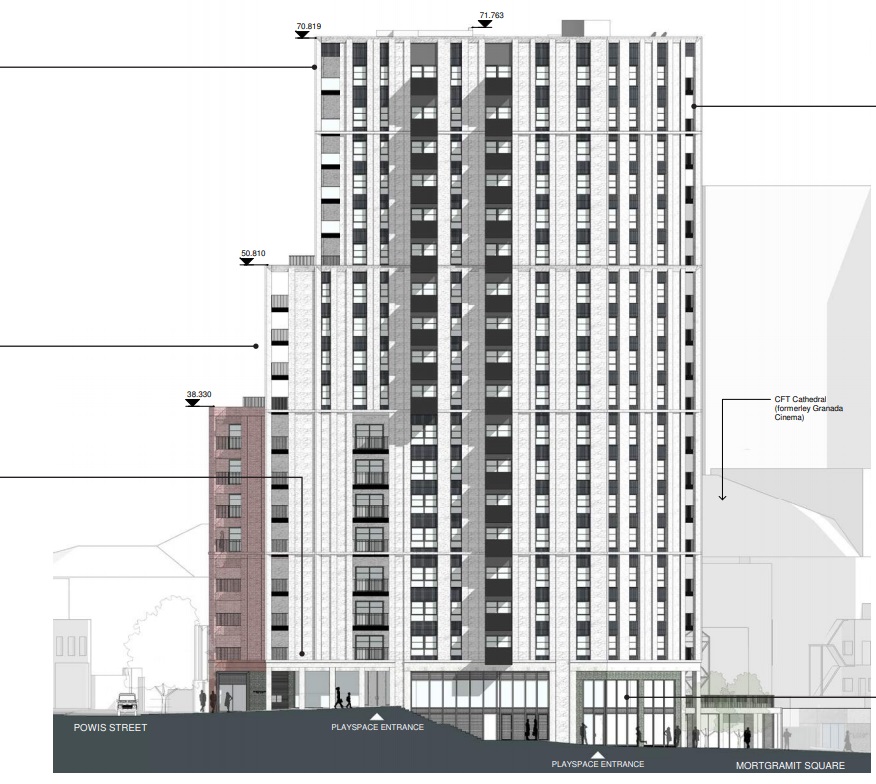 Hardly graceful. And this is next to the listed former Granada Cinema and Coronet/Odeon cinema.

28 disabled car parking spaces will be included in the basement area. Given the plethora of public transport options and town centre location this makes perfect sense.

In addition there will be 473 cycle parking spaces.

If you havn’t been to Mortgramit Square, it’s well worth a wander to soak up the atmosphere. It can be accessed through an entrance next to the art deco former co-op (now converted to flats) on Powis Street or beside the Prince Albert pub on Hare Street. 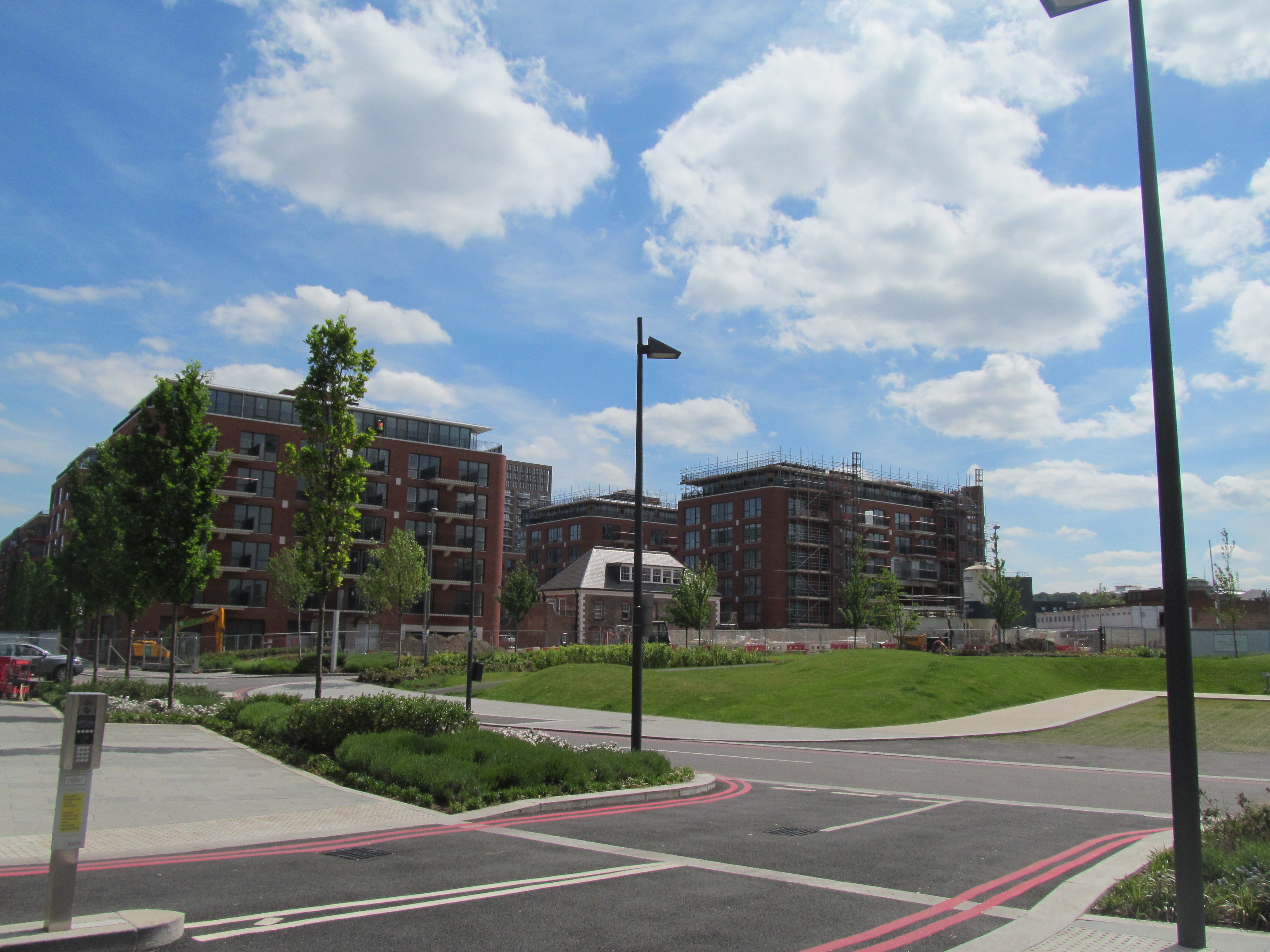