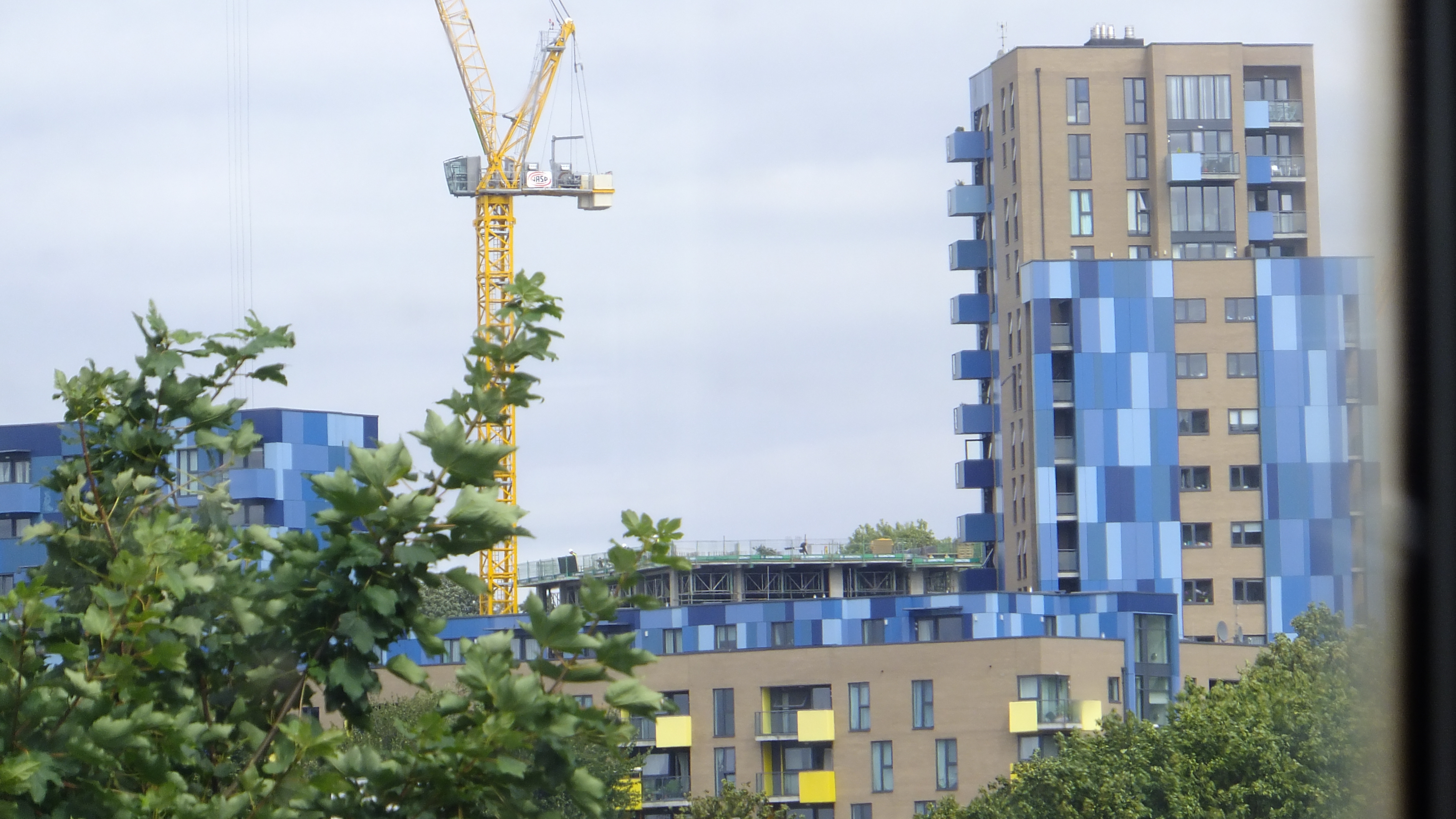 There’s some estate demolitions that gain a great deal of press attention. And then those, like Heathside and Lethbridge in Lewisham, that do not.

Often it can seem quite arbitrary in the national press and related to where journalists live. An estate in Southwark or Hackney sees thousands moved out? Lots of Guardian coverage. The same in Greenwich or Lewisham? Less so. 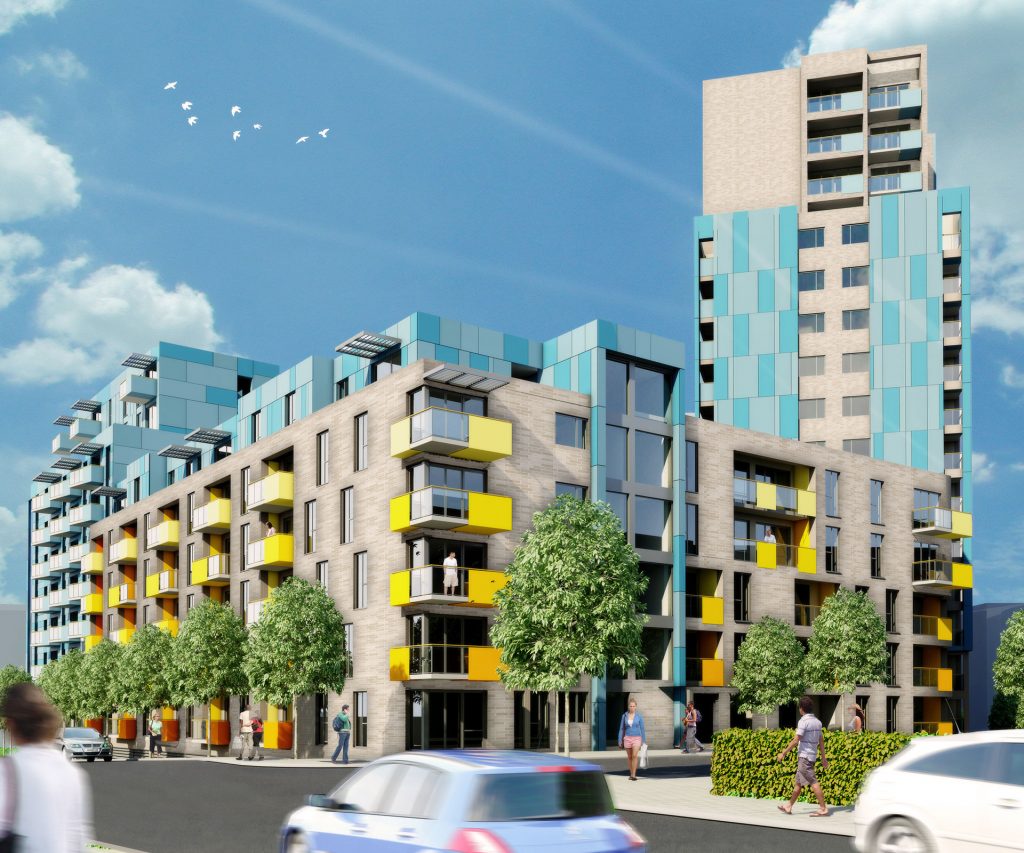 Today we’ll look at one that hasn’t seen much spotlight. Well, almost none really.

When passing on a train you may have noticed the recently built blue-clad towers if looking north. 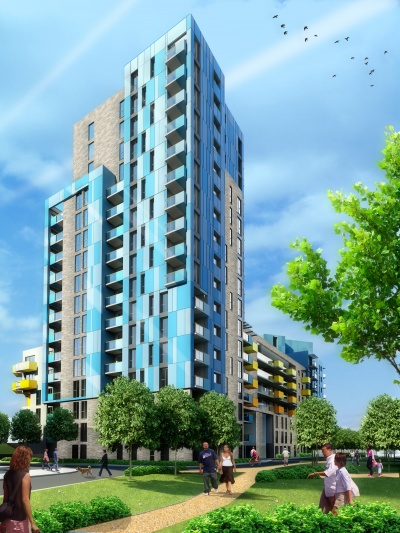 And that’s somewhat surprising as it ticks a few boxes of well-known regenerations. Hundreds of homes are being demolished, new towers have risen and it’s in a location minutes from a major zone 2 station on Lewisham Road.

The many towers proposed around the station have somewhat overshadowed this project.

More than doubling the density

In total 500 homes have, or will, be demolished with 1192 residential units built.

The last two stages – 5 and 6 – are now seeing tenants moved out and demolition planned soon.

The latest blocks in phase 4 are delayed due to an issue with Thames Water. These new homes are now scheduled to be available from July 2018.

And now we get onto the next stages which are due to see buildings demolished from this year. Almost all tenants are now out of their homes.

Of the 132 residential properties in Phase 5, 112 are now empty and
have been decommissioned. Officers are working with the 20 remaining residents, 14 of whom are expected to move into new build properties within the next fortnight.

Family Mosaic are behind the overall  scheme. They are now preparing
to submit a combined planning application for Phases 5 and 6 in the Spring 2018.

Phase 6 has been sped up to be built alongside Phase 5.

This site is just inside the Lewisham borough boundary. Over the road is a Greenwich borough estate. There’s plenty of scope to build more homes on site (without demolishing existing homes) using Meridian Homes. The public realm is pretty awful too:

There plenty of argument over whether comprehensive redevelopment is the way to go with estate projects, yet increased density and in-fill is more widely supported, especially when “dead” land or redundant garage sites sit forlornly in estates. They are prime spots for much-needed housing.

And Meridian Homes is the perfect vehicle to provide them.

Hopefully something does happen on the Greenwich line of the borough boundary. The existing estate, like many, is a pretty sorry affair. Some of the only “investment” is a ton of bollards (plus ca change).

And it needs to be reasonable density. This site is five minutes from Zone 2 DLR and Southeastern stations. When Greenwich did build in the area on a garage site they built bungalows. And that was only two years ago.

That’ll help all the people stuck in temporary accommodation or short term private lettings. What was that in comments and Twitter recently about provincial attitudes? 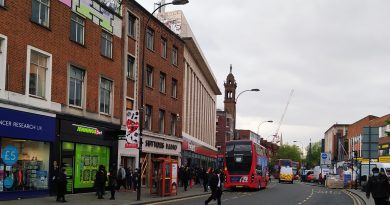 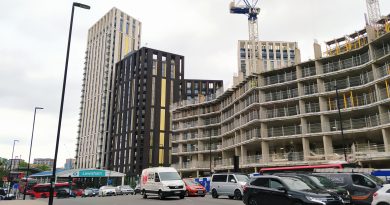 2 thoughts on “A look at a lesser-known estate regeneration (this one includes 1,200 homes in Lewisham)”