Posted by fromthemurkydepths on August 25, 2017 7 Comments 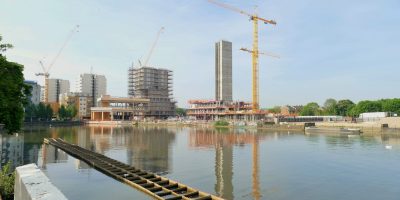 Aldi have submitted plans to demolish their Thamesmead branch and construct a new store in its place. Parking spaces will increase by 11 spaces to 297. 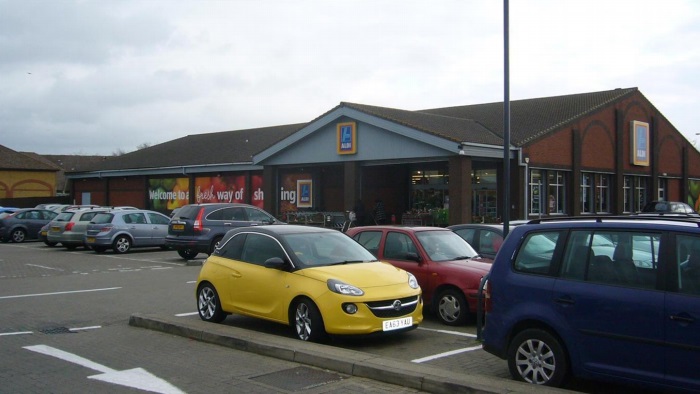 It’s debatable whether the new building will have a long shelf life. Peabody have plans to radically rebuild Thamesmead town centre.  It’s looking to move away from the dated out-of-town retail model and in with a bustling town centre along the lines of Bexleyheath or Bromley. A High Street with a mix of shops, restaurants, cinema, homes above and around shop units, pubs, bars and leisure activities.

A bit like the original model of Thamesmead with the canal running through the pedestrianised square, pub, clocktower and market before the big sheds arrived and ignored the old centre.

A DLR station for the area is also on the cards. With the severe housing shortage in London this kind of retail barn without any residential element in a town centre is an anachronism. Even more so with better transport links on the cards.

But then again, given the painfully slow progress Peabody have made since taking over Gallions Homes (officially a merger) then who knows when it’ll happen.

The empty patch of land in Thamesmead at Tavy Bridge still hasn’t seen a spade hit the ground. Its been mostly cleared and levelled for five years now. The remnants of the old site such of the library have remained boarded up for years as arson attacks occurred.

The planning reference for the Aldi rebuild is 17/2497/F