I covered plans for homes at the site of Greenwich’s Peninsulas gasholder a couple of days back. Greenwich Council are currently running a consultation on the issue. There’s a few interesting snippets I didn’t include in that post including the number of homes planned, depending on whether an exclusion zone remains, as well as if the Silvertown Tunnel is built or not. 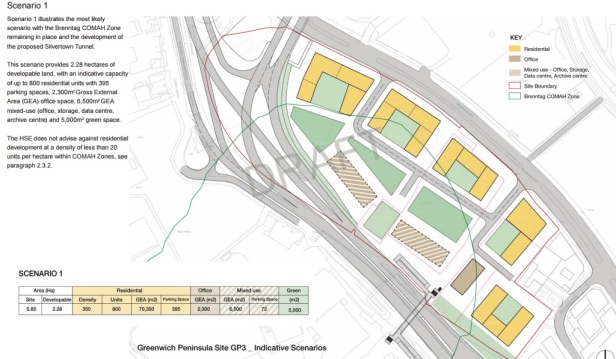 Firstly, assuming the exclusion zone remains, the document reveals that constructing the Silvertown tunnel would see many hundreds less homes being able to be built at Greenwich Peninsula. 800 homes are seen if the tunnel is built (including 400 parking spaces – that’ll help with traffic). Yet if the tunnel doesn’t happen 1075 homes could be built. 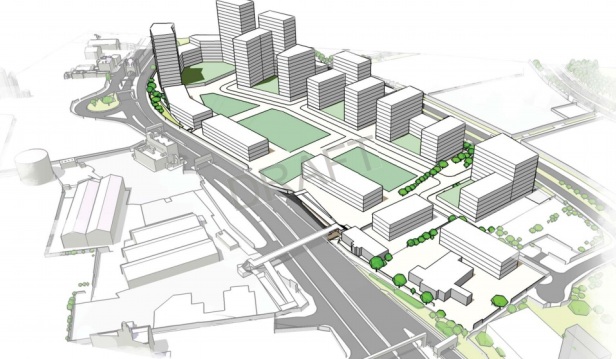 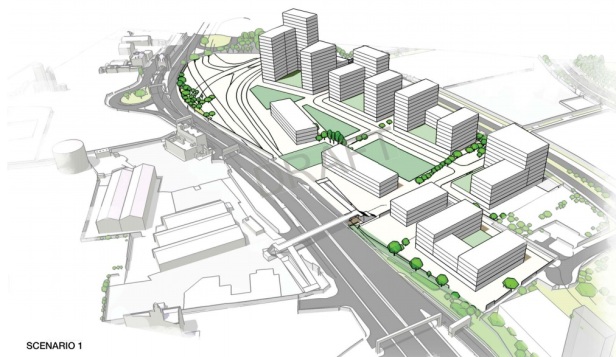 There’s third scenario of how many home could be built if the exclusion zone in removed but the Tunnel is built. This gives a total of 1,540 homes. 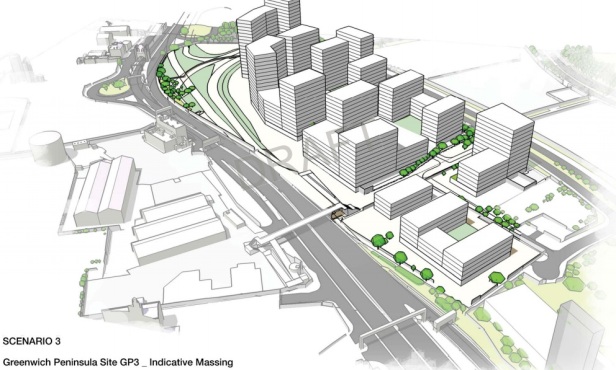 Oddly, there is no fourth scenario presented of how many homes could be built if the exclusion zone is removed and the tunnel doesn’t go ahead. This would permit the largest number of homes and show the starkest difference of how many homes Silvertown will prevent being built, yet they have not included this. Why?

Looking through the hypothetical renders, as shown above, there’s no plans to retain the gasholder, despite this option being utilised to great effect in both London and across Europe. Cultural centres, new flats, parks and much more have been featured in ex-gasholders to great effect.

Despite another 800 homes, at minimum, and possibly over 1500 there is again no mention of a pedestrian bridge over the Thames to the Isle of Dogs.  This scheme boosts new homes on Greenwich Peninsula to 21,500 and then there’s 7,500 at Charlton Riverside. Is a lifting bridge possible?

Improvements are planned to the cycle quietway through Boord Street. An improvement but this quietway over the Blackwall Approach leading to industrial sites, is far from pleasant.

“The holder is East Greenwich No.1. and when built was the largest holder ever built – only one other, in the US, has been built larger. It was built to revolutionary designs. I could explain at length – probably better elsewhere than here – that as well as its virtuoso engineering it embodies a number of more philosophical ideas and also in its deliberate austerity could be described as an early modern movement industrial building.

Some years ago English Heritage commissioned a report on London holders. The consultant recommended Old Kent Road No.13 for listing – and did not recommend EG No.1. (nor, by the way the very interesting OkR No.10.) or any others. Very recently this report has been revisited and as a result OkR13 has been listed and EG1 consigned for demolition. Others listed have been the Kings Cross holders and that at Vauxhall – basically because they have been seen on TV and are ‘loved’, whatever that means.

Very many holders have been preserved around Europe and elsewhere and there are many examples of good and revolutionary ideas. Can I suggest that the flats in the Dublin holder are rather closer to what could be done here than the ones at Kings Cross. Very many overseas industrial history enthusiasts are now coming to look at the remaining British holders (I am aware of people running tours!). What is happening with demolitions is a lack of imagination with hungry developers looking at sites. The gas industry with its tradition of secrecy does not help.”

“I am putting some information here about gas holders and their reuse and the East Greenwich holder
this contains a fairly recent article on gas holder reuse in Europe http://industrial-archaeology.org/wp-content/uploads/2016/08/AIA-News-173-Summer-2015.pdf

This article dates from the 1890s and is by George Livesey, who designed the East Greenwich holder – it is his spin on holder design, and, sorry a bit technical.
http://marysgasbook.blogspot.co.uk/2014/11/a-talk-on-development-of-gas-holder-by.html

Even more technical historically is the consultant’s report on gas holders in London – which was an internal English Heritage document which was not circulated to people –
like me – outside the industry. If anyone is aware of a web site which contains it please let me have it.

There is a lot more stuff which I can send anyone interested – I have pdfs of an entire conference on gasholder retention and reuse held in London two or three years ago- and a great deal of historical material.

I also have an enormous amount of material on George Livesey.”

The consultation can be filled in here. 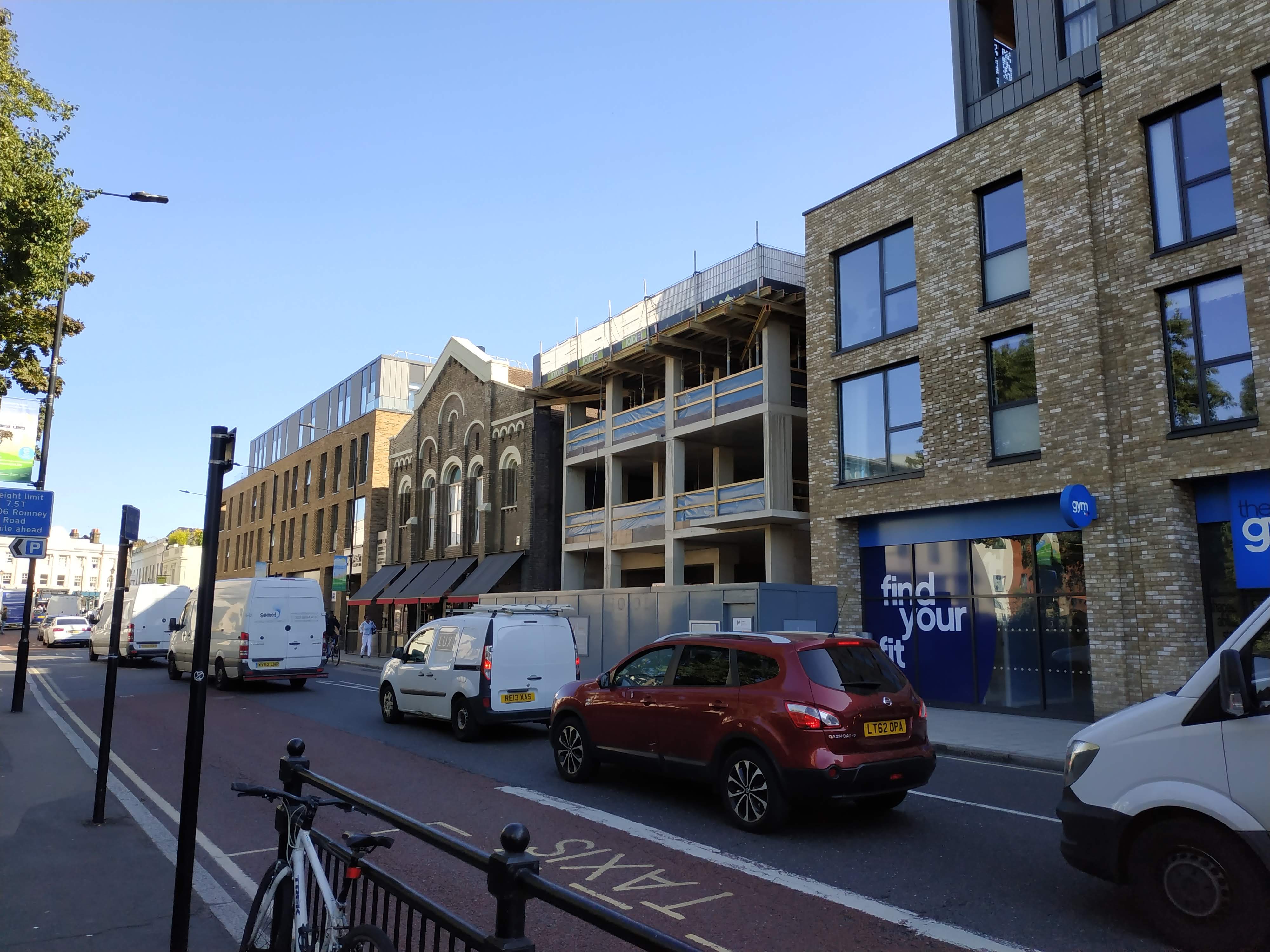