Posted by fromthemurkydepths on September 24, 2016 3 Comments 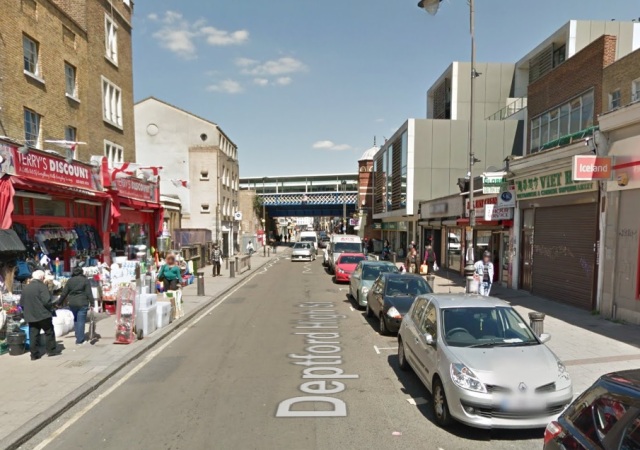 Lewisham Council plan more extensive alterations to Deptford High Street from 2017. This time it’ll be the north end that’s worked on with £2.42 million spent over the next couple of years.

It follows on from various large-scale projects along the street in recent years including revamping the southern end, creating a new square and associated Deptford Lounge plus a rebuilt station with adjacent Deptford Market Yard development, which has just completed.

Plans are shown in Lewisham Council’s 2017/18 Local Implementation Plan proposals. This is money that all London Councils receive to spend on transport and streets across the capital. Lewisham will receive £2.8 million next year from TfL.

In addition to this annual amount, more money can be allocated to Major Schemes. Deptford has been designated as such.

A reason given for focusing on the north end are the numerous large housing developments which will increase the number of pedestrian walking to the station. These include:

“The Convoys Wharf and other major developments such as Marine Wharf will substantially increase pedestrian movements in the area both for commuting and leisure. The northern end of Deptford High Street will form an important pedestrian link to Deptford Station, Wavelengths Swimming/Leisure Pools and Library as well as the shops, restaurants and street market.”

Ideas floated include making the north end of the High Street one-way. Blogs such as Deptford Dame have previously highlighted how the north end of Deptford High Street has become a traffic-clogged rat runs, with numerous examples of cars parking and driving over pavements. She commented on previous consultations here and hopefully many points raised will be considered.

“The northern section also contains a large number of shops but remains a busy two-way traffic route with some kerbside limited time parking. Although the footway paving itself is relatively new the footways are narrow and offer a poor pedestrian environment that is exacerbated by the effects of a large amount of passing traffic. The passing traffic is particularly heavy in the peak periods where the road forms part of an east-west cut through from Deptford Church Street to the Rotherhithe area, and a one-way scheme for the high street will be considered through consultation.”

There were also many good proposals though from the earlier consultation, including:

All this activity in the area does make it appear silly that Southeastern still regard the station as the backwater it used to be, rather than the busy place it now is. Passenger numbers have grown from 300k a year in 2004/5 to 1.2 million in 2014/15.

Will station staff levels change? Well, if TfL takeover almost certainly. They would staff from first to last train at the very least. Another reason to campaign for it as the Government looks like going cold on the idea.

Work is also being considered on nearby Deptford Church Street. This is a four lane road with two dedicated bus lanes. It has previously been suggested that it becomes two lanes. This would slow down buses and not be a wise move. A better option is to remove the central reservation and fencing, use the reclaimed space to widen paving or add in segregated cycle lanes, and possibly add in additional crossings. 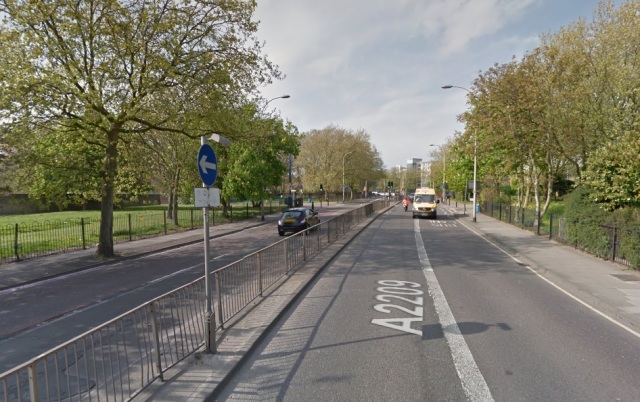 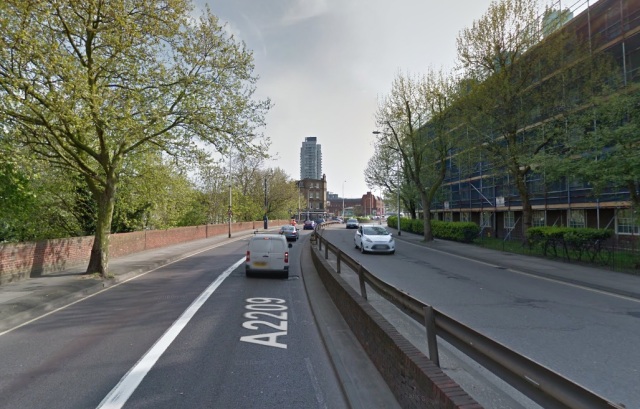 A whole bunch of other local town centres and shopping parades across Lewisham borough will also see smaller improvement next year across Lewisham borough, including. Unlike Deptford High Street, which is classified as a major project, many of these come under the standard Local Implementation Plan funds under the “corridors, neighbourhoods and supporting measure” where councils have a fair bit of leeway to choose spending priorities. Lewisham choose improving town centres, including:

The detail shown in Lewisham Council documents on funding and spending is a mile away from what happens in Greenwich Council. In case you were wondering if Greenwich Council have publicly revealed their intentions for 2017/18? Nope. Any sign it will be shown soon? Nope.

Here’s Lewisham: 24 pages broken down by projects, aims and the thinking behind funding.

Despite the amount running into millions, Greenwich’s LIP spending in 2016/17 was authorised by Councillors with barely any questions asked after being placed before Highway’s Committee shortly before the start of the financial year.

Will that change this year? Will transparency increase and Councillors ask for more information? It’s clear that 10 years of funding have not improved a great deal of busy public areas, such as shopping parades, across the length of the borough. Lewisham have plans to improve at least seven alone in 2017/18. It will be interesting to see how many Greenwich Council decides to improve.

April 2016 Update: Seven months on and Greenwich Council STILL havn’t given any more details of plans. Lewisham Council had a whole list back in September 2016.

Greenwich Council’s Highways Department are badly letting residents down. Greenwich Councillor Sizwe James is in charge of this area under his remit of Transport, Economy and Smart Cities. He can be emailed at sizwe.james@royalgreenwich.gov.uk

He is a decent guy by many accounts but will he ensure this failing department works for its residents?