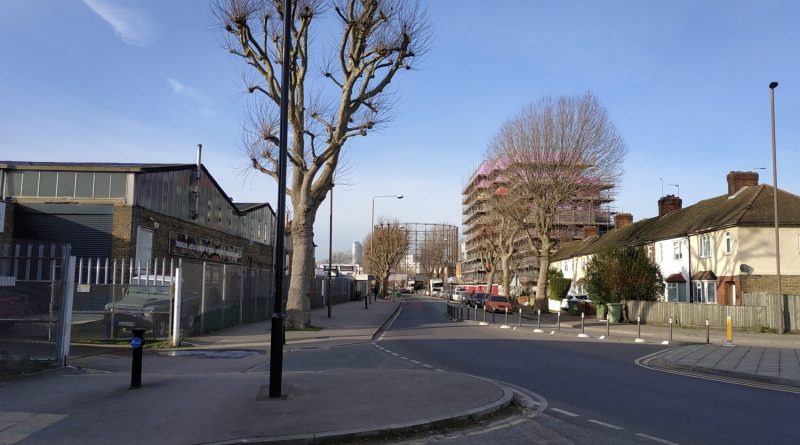 Consultation is set to begin on a new distribution centre in Greenwich near the forthcoming site of Silvertown Tunnel.

Bloom are proposing a depot for last-mile deliveries located on Tunnel Avenue opposite the recently opened Radisson hotel.

Five units are in total are planned, though the site is not on the scale of the large depot planned just over the Thames in Silvertown. That is projected to see 2,520 vehicles movements a days excluding those using 961 car parking spaces.

However it will meet an area that is seeing change – with the aforementioned hotel over the road and 1,500 homes planned nearby at Morden Wharf.

Traffic such as lorries are currently prohibited via a bus-only gate on Tunnel Avenue. That looks set to be removed:

That will ensure additional traffic passing the main entrance to 1,500 homes at Morden Wharf , which was approved in 2021. A last-mile depot slightly to the south would see frequent vehicular movements coming and going in the area.

That last sentence doesn’t appear to acknowledge changes nearby.

Another issue is parking. Tunnel Avenue is currently an area with prevalent pavement parking and reporting to Greenwich Council has achieved little to nothing for many years. More HGV parking on paving could well be seen. This should be relatively easy to solve, but Greenwich have failed to address it for over 10 years and counting.

This new proposal isn’t the only delivery depot to emerge in the area. Another distribution centre is now on the cards for a site off Bugsby’s Way at the site of a former housing proposal from Rockwell.

That’s six acres in size and would feed lorries into Bugsby’s Way, past new housing being built at Greenwich Millennium Village and onto the new Silvertown Tunnel.

Earlier this month this site looked at the next phases of Greenwich Millennium Village now under construction, with some due to be occupied in 2022. The following phases contains hundreds more homes and hundreds of car parking spaces.

Greenwich Council will now have to weigh up the need for depots as online deliveries continue to grow, while weighing up how much increase in HGVs and traffic will be seen – and how much a factor Silvertown Tunnel is in that change. What does appear clear is that the existing road network often struggles as it is, and adding a new tunnel’s worth of traffic and more depots nearby will add increased congestion and pressure.

An online event discussing the plan with the developer of the Greenwich logistics hub is set to be held on 28 February. 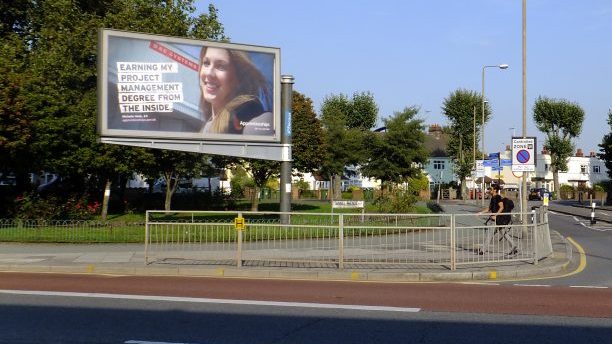 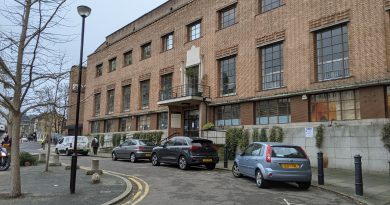