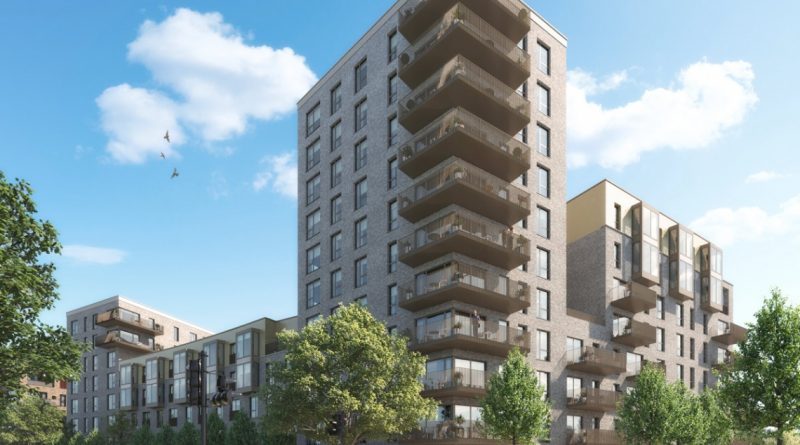 Greenwich Millennium Village is to see hundreds more residents move in this year as two major plots approach completion – while work begins on others.

Two of the tallest blocks of the entire development are the controversial Plot 201 and Plot 301.

Plot 201 is the block beside the ecological park that saw protest with complaints about height. Developers had pushed for 20 floors before being revised back to original heights in the masterplan.  It is due to complete is September 2022.

Plot 301 already has seen some residents move into the eastern half, though the taller element isn’t fully complete. In total it sees 135 flats.

Piling is now also underway on Plots 202 and 203 also beside the ecological park. They comprise 241 flats.

That then leaves the last phases and plots to be built towards the south of the overall site with nearly 500 flats due. Upon completion GMV will include almost 2,800 homes.

In future in should link with plans for at least 1,200 homes on the site of Greenwich B&Q and the adjacent car park serving Ikea and Odeon.