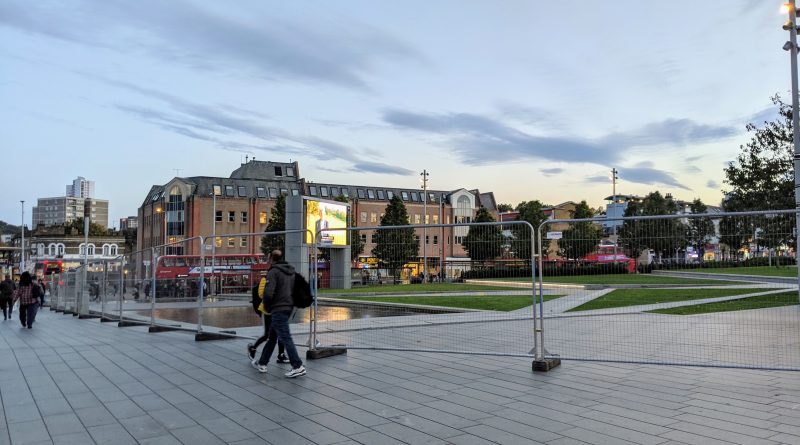 Greenwich Council have confirmed that General Gordon Square in Woolwich has been fenced off  due to groups launching fireworks at each other and, public and police.

Fencing appeared around the middle of last week with no confirmation as to why. It’s now confirmed that ongoing disorder is the reason.

However it appears to have had no impact as last night saw numerous serious incidents and at least one injury. 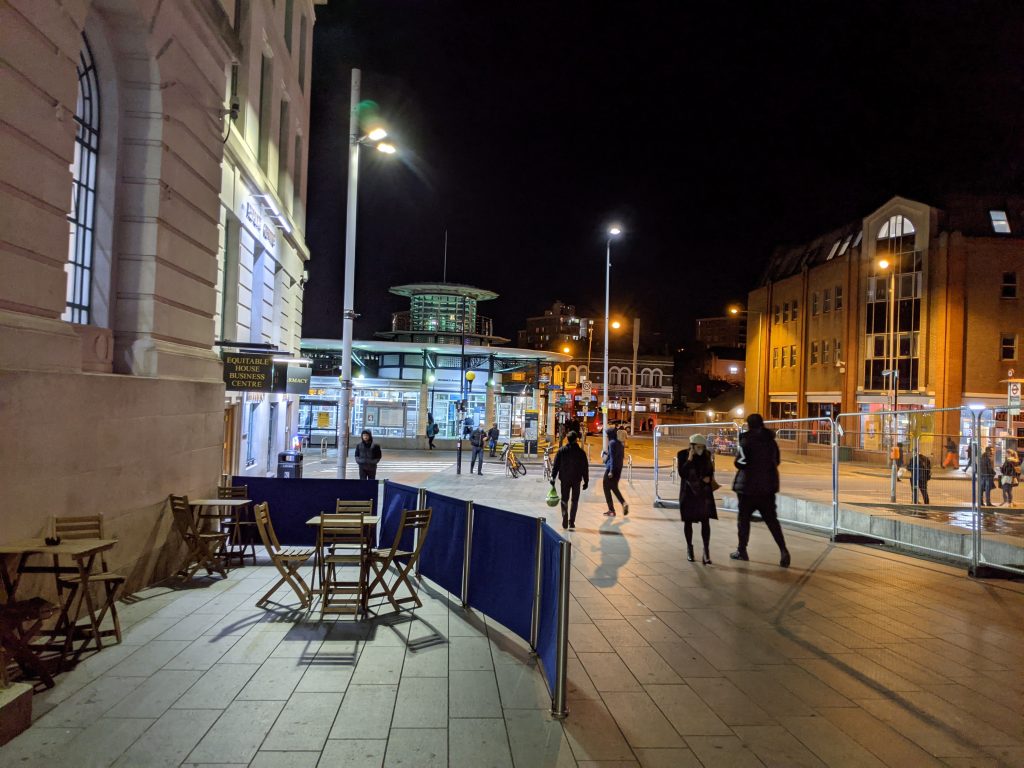 In addition, according to people in the area, they were placed at greater risk last night as fencing penned them into smaller areas such as the stretch outside Woolwich Equitable pub preventing options to move away when fireworks begun being launched.

It’s quite something that the main civic heart of a major town centre been fenced off, and symbolic of wider issues given similar events have happened annually in recent years.

Police were lacking and these measures, which impact everyone for the actions of a minority, appear a symptom of insufficient numbers.

Despite pulling in officers from a wide area last night they were easily outnumbered.

Though perhaps more relevant were tactics which often consisted of standing in certain parts of the town centre merely observing. Quite a few locals stated that a lack of proactive action from police encouraged groups.

Police did move some groups but in a limited manner. There was the odd chase of a suspect though this was sporadic.

A number of locals were critical of limited police action, though relatively few police would have contributed to tactics.

Given this is happening almost daily, and for some years now, current tactics clearly aren’t working.

If fencing was intended to limit options and minimise escape options for those responsible it had little impact, as groups could often operate with apparent impunity and simply run off in any other direction without any real pursuit.

If last year was any guide, they’ll be more of this over coming days.

In the meantime business will suffer as some give the town a wide berth.

Fencing off the square does not appear a fix for these deeper problems.