I was again reminded recently of poor public space around Woolwich’s Queen Elizabeth hospital as I schlepped from a bus to the portacabin-like building. Heading along narrow paving on sad looking greenery behind six-foot fencing does nothing to alleviate that feeling that arises when approaching a hospital. It exacerbates it. It’s not one of PFI’s best designs (are there any?) 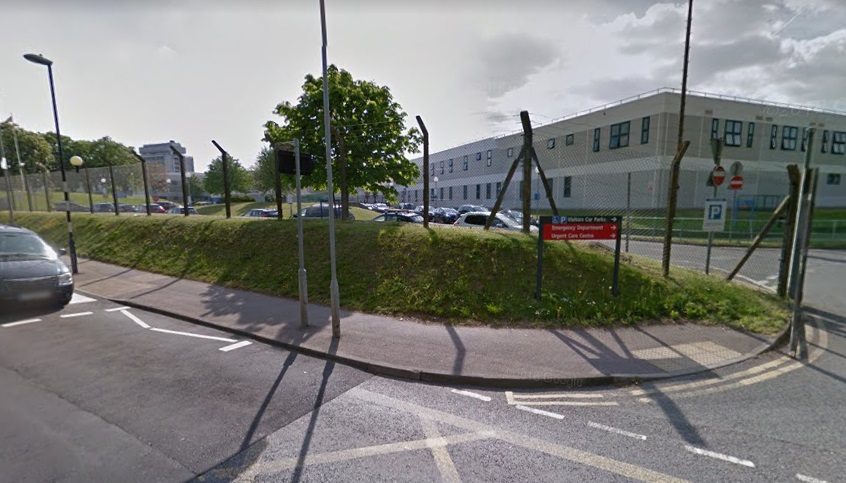 The hospital was military-only from 1975 to 1995 and opened in its current state in 2001, replacing Greenwich District Hospital as well as Brook Hospital. The former Greenwich Hospital site is now seeing over 500 homes being built, as covered here.

The military legacy at Woolwich is still apparent 22 years after it ceased to be solely for armed forces use. Much of the site is still lined with six foot fences topped with barbed wire. Pleasant it ain’t.

The whole entrance area on foot looks like a hastily knocked up bodge job. Look at the main pedestrian entrance below. It’s often a busy spot for pedestrian footfall with people walking to-and-from bus stops and yet narrow paving is evident here and it’s only on one side of the road:

A pretty miserable environment impacts upon both patients and staff. Staff retention has been an issue. The Health Service Journal reported that

“The South London Critical Care Network reviewed the hospital in February 2017 and found a complete lack of medical leadership. Care for patients across the trust could be affected because of issues with the critical care service. It was suggested that “younger fitter patients with single organ failure” would not be admitted to intensive care until they developed multiorgan failure because of pressures on bed availability. Only 3.5 full time equivalent consultants were in post with staff working locum shifts to fill gaps. “There was no ownership of the care of deteriorating patients in the wider hospital.” Ear nose and throat surgeons in Lewisham would not go to Woolwich so patients needing tracheostomy had to be sent to Lewisham for their operation.”

Now of course issues go far wider than the local environment, but it is crucial for people to work in a place that is appealing. Approaching this place doesn’t lift the spirits (as much as a hospital can).

It’s also known that being in an attractive and pleasant environment improves patient care.

The Kings Fund have been stating this for many years. According to them, “a growing body of evidence has found that an attractive, sensitively designed hospital environment can offer significant therapeutic benefits to patients and boost staff morale.”

Some wards do look out onto pleasant internal courtyards but others onto those six foot tall barbed-wire fences. 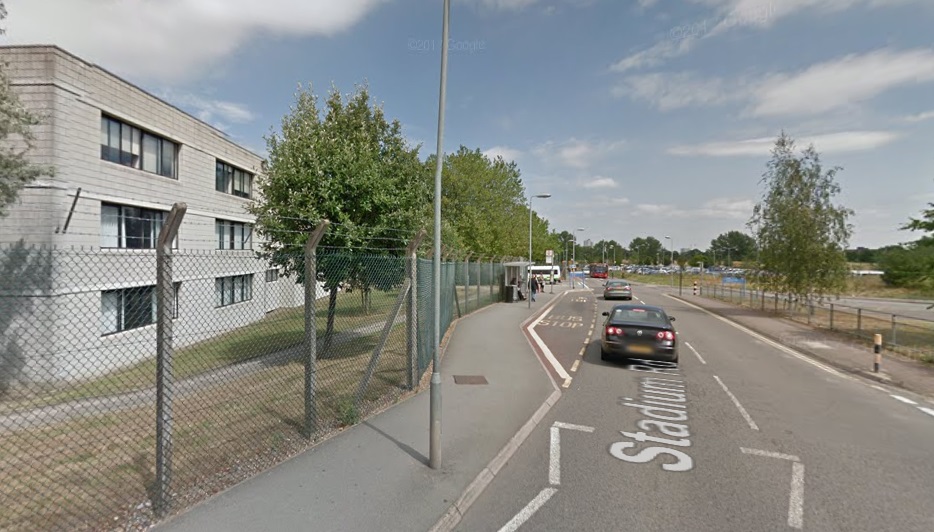 And what of visitors? Visiting a hospital is hardly the most pleasant experience. Apprehension and anxiety are high and an attractive, well-designed environment can help ease the problem. Instead at Woolwich it’s often a bus meandering to a stop and then entering through a narrow, mesh surrounded entrance.

Yes, NHS funds are hardly plentiful and badly lacking. Indeed, Queen Elizabeth Hospital was the first in the UK to go into administration in 2012. The PFI contract, drawn up by the Tories and continued by New Labour, has crippled the place.

But even with the stifling PFI contracts which hamper works surely it’s possible to do really simple stuff such as remove the fencing at this spot?

How much would it cost to get a couple of people to knock it down? Very low sums for a big visual improvement improving the sites wider appearance and the well-being of staff, patients and visitors.

Yesterday on Twitter someone said it’s to stop poor parking. Well, the mound here would stop even the most idiotic 4×4 driver. But as I’ve said many times, the solution to a minority causing problems is almost never to hinder everyone else through clumsy and ugly design. Enforce rules instead.

The pedestrian experience gets little better at a second entrance close to bus stops:

It still looks like a garrison outpost with that fencing and gates.

There is a secure psychiatric unit at the hospital. It doesn’t impact on most of the fencing which is nowhere near the unit and could still go, and people in the unit are patients not prisoners. A better design of fence would lessen the feeling of being in incarceration.

It’s doubtful anything will happen. If nobody has acted to improve the grounds (at low cost) in 16 years use will anything happen now? Probably not, which is a real shame as small interventions could do much to lessen the daunting feel of being in, or visiting, a hospital for the benefit of many, many patients.

Maybe there’s a covenant that says the Military may need to takeover one day hence the retention. Again, not much of an excuse if so. The fences could be knocked up again in a day should any event arise. Until then, keeping them standing affects many thousands annually. A small thing, but one that chips away at a sense of well-being that being in an attractive and well designed area can bring.