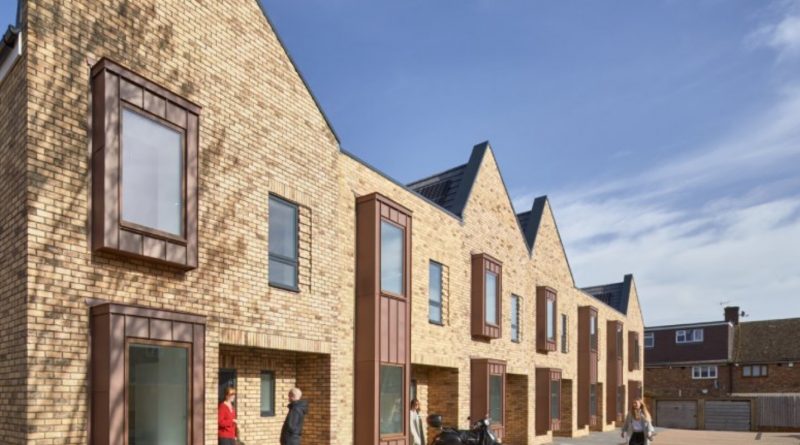 An announcement was made this week that £3.46bn in Government funding is to be spent on new “affordable homes” across London with the Mayor of London administering funds to various boroughs and Housing Associations.

However, while the Mayor goes big on council housing in press announcements, 43 per cent of funding will not be spent on social housing but instead fund homes at higher rent levels and shared ownership despite chronic lack of supply.

Bid awards from this round saw Greenwich Council awarded £38.1 million for 230 council homes.

That barely scratches the surface of need with 1,400 households in emergency and temporary housing at vast cost, and 23,000 on the council’s waiting list.

The borough is currently ending a four-year plan to build 750 homes – during which time demand has continued to outpace completions.

Other boroughs do better when it comes to funding awards than Greenwich, with Lewisham set to see £70 million for 456 “affordable” homes, of which 285 will be council homes.

Bromley is set to see the same as Greenwich at £38.0 million, yet 535 council homes instead of 230 in Greenwich. Pretty odd.

It’ll take some digging to discover why Greenwich have received relatively less than many other boroughs. Did they not request more, which would be odd given rising demand, or was their bid poor?

The council meanwhile has gone on a PR drive about it: 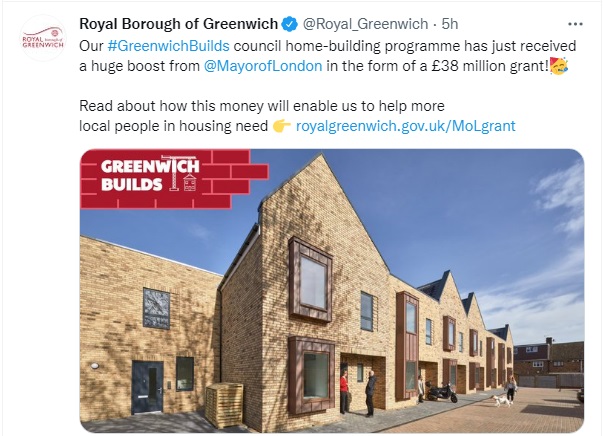 The mayor’s document even uses an image of new homes in Plumstead which was a gross underutilisation of a public site. Despite being surrounded by four storey buildings (and taller), Greenwich built low rise two-storey homes and extensive car parking despite a huge shortage of truly affordable homes in the borough.

It’ll be interesting to see figures for housing demand in the borough in future council reports, as the last year hasn’t seen many updates for obvious reasons. This was an update in December 2020 showing another increase:

Greenwich also has one of the highest rising populations in London, with numbers this week showing people on the electoral role grew 25 per cent increase from 2001 to 2020.

Other London boroughs are set to see less funding than Greenwich such as Hackney, though the same data showed a far smaller population increase.

The biggest awards are reserved for Housing Associations, though some that will see the most cash have a poor track record.

Clarion are to see £240 million, despite recently being investigated for abysmal maintenance of housing. ITV news recently investigated the group.

Peabody will see £120 million. Perhaps it will speed up their pitifully slow build rate in the Thamesmead Housing Zone. Six years on and most sites havn’t even seen planning applications.

It’s unlikely the money will see many homes from Peabody in Greenwich borough given previous announcements of the group’s future focus which is mainly in Bexley borough.

The total fund will not entirely plug the gap in demand for social housing in London.

It’s an issue I’ll be digging into over coming weeks and months, and keeping an eye on future bids. 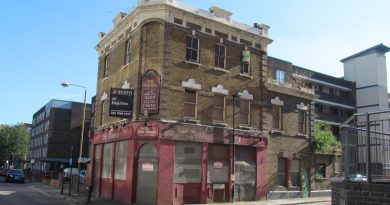 6 thoughts on “London to see £3.46bn for new affordable homes – though some boroughs pick up the scraps”