With Crossrail hopefully on the home straight a new update from Chief Executive Mark Wild has been provided to the Greater London Authority.

It mainly states what we already know in terms of station handovers though one new nugget of information is this:

“On 21 July and 3 August, failures occurred to two Voltage Transformers, which measure the voltage on the 25kV line. Whilst no injuries were reported, the Office of Rail and Road have been informed of these incidents. A formal investigation is underway to ascertain remedial action.”

Something to worry about? There’s no information in the letter.

Previous explosions at voltage transformers delayed progress on the project back in 2017-18.

It occurred before the original expected opening date though the severity didn’t become known publicly for some time.

“The electrical explosion at Pudding Mill Lane last year both delayed testing and illustrated the risks facing such a large-scale project.

“And of course because it’s the last stage of the project there is no opportunity to catch up on any delays.”

Hopefully this isn’t a case of history repeating.

A critical element to successful opening is a software update for Class 345 rolling stock.

It’s yet to be achieved, and the existing version has given problems:

“The Trial Running phase continues to progress well with 12tph timetabled train movements in operation on the central operating section.

To date, a number of expected settling down issues encountered during Trial Running have related to known issues in the current software configuration and are expected to be resolved with the ELR100 software release.

The ELR100 software is the last major configuration before revenue service and is pivotal to the programme advancing through to the next phase of the programme, known as Trial Operations.”

“Our forecasts continue to project that Trial Operations will commence in November 2021 at the earliest, however several key milestones need to be met before this important and final phase of the programme can commence.”

All eyes now on whether that November 2021 date can be met. 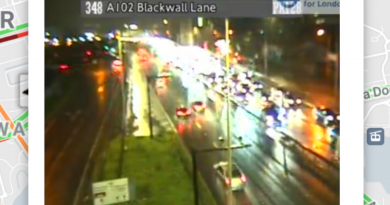