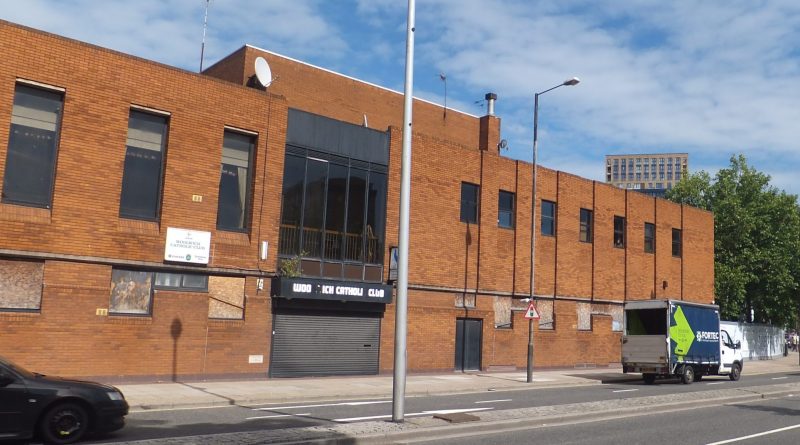 New proposals for housing on the former Woolwich Catholic Club are now online after a consultation event with 302 rooms planned.

Previous plans for housing were approved in 2017 and covered on this site in July 2016.

Revised plans from Hurlington and Re:Shape do not deviate too much in terms of scale and massing, but instead of flats the block is now co-living units.

In effect it’s similar to student dorms for people under 35 given how expensive housing in London has now become, with shared kitchens and communal areas.

This image gives an overview of the wider area, with future Berkeley Homes’ blocks to the north and blocks over the road from Legal and General. 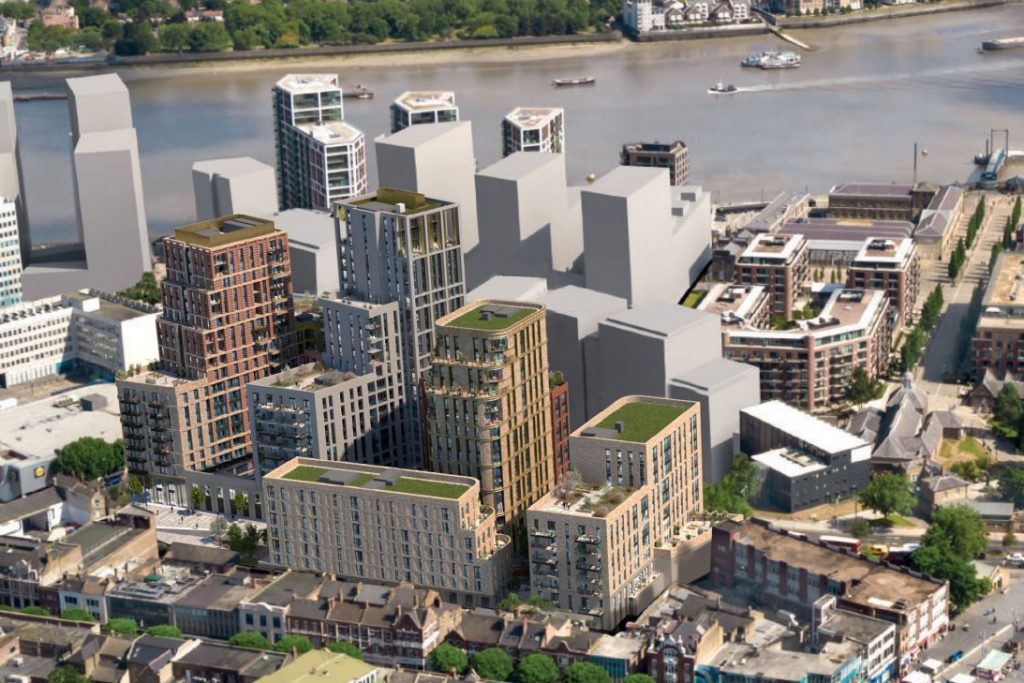 That plan for a site facing MacBean Street and Beresford Street was rejected in May this year but will no doubt return soon in one form or another.

One reason for refusal was low “affordable” housing at 20 per cent.

The Catholic Club proposal is for no “affordable” housing on site, with money for off-site provision.

We need to wait until a formal application to see how much is on offer. A recent plan in Bexley saw a developer cut all affordable housing from an initial 24 and instead offer just £700,000 – which achieve barely any affordable homes elsewhere.

They state “Working with the Council’s Housing and Children Services departments, it is our aspiration to ring-fence two rooms for care leavers in the borough and to ensure that care leavers, along with other residents of the Royal Borough of Greenwich have priority access to the apprenticeship opportunities” which is nice but cannot be used a PR whitewash if there’s zero affordable homes and a minimal amount for off-site provision.

Two rooms in that case are far from enough. It’s less than one per cent of the overall total of 302.

One to watch – and hope councillors and planners are too.

Beresford Street and roads leading towards it have seen a vast number of new-builds built, being built or on the table, yet at no stage has a cohesive plan for sustainable transport such as a cycle lane been considered by Greenwich Council.

The same appears true here. Plans show a lay-by outside but no cycle lane.

The marketing site for the development, under “ten sustainable living principles”, places “Sustainable Transport” as number one. 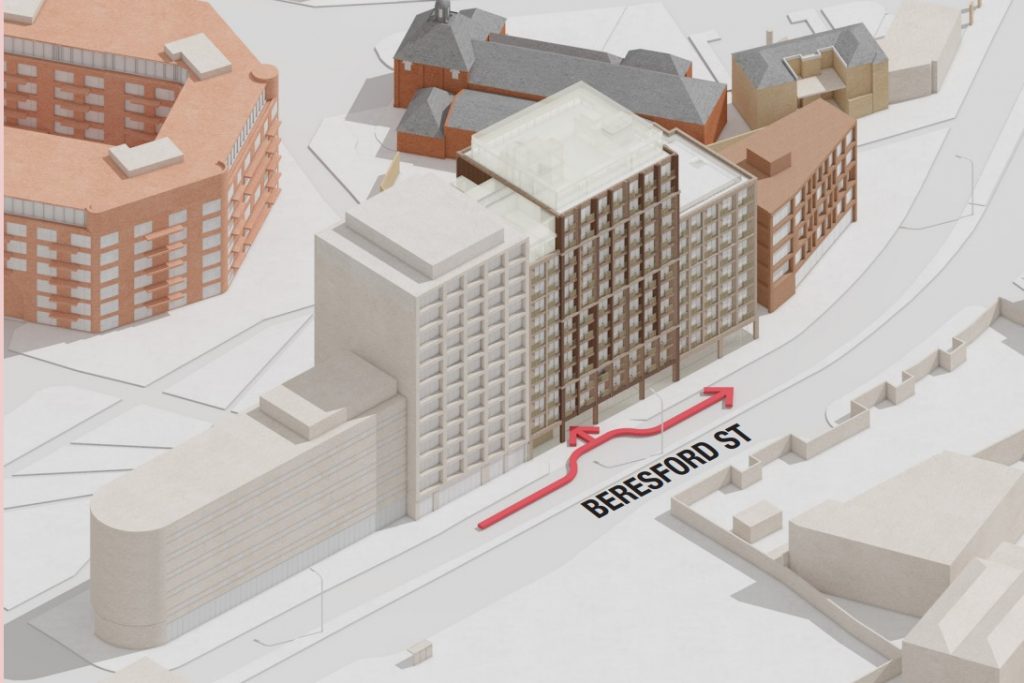 It states: “The proposals are car-free [which are a bare minimum in a town centre site like this] and our approach provides a lay-by entry point to service the building safely from the street without being detrimental to current traffic flow.

But no thought for a cycle lane it would seem.

Again this sounds good, though it’s to be funded by developer contributions such as Section 106, which developers would pay anyway after any planning approval. Again, one to watch to see if this is used to avoid development-funded commitments elsewhere.

The consultation and marketing is perhaps a bit more slick than most as it attempts to portray the plan and developer as offering community services and rather altruistic, while a lot of what they state would be happening anyway due to developer contributions upon planning approval

Next up will be the actual application where the reality and hard numbers emerge. It’ll be covered on this site when it goes in.