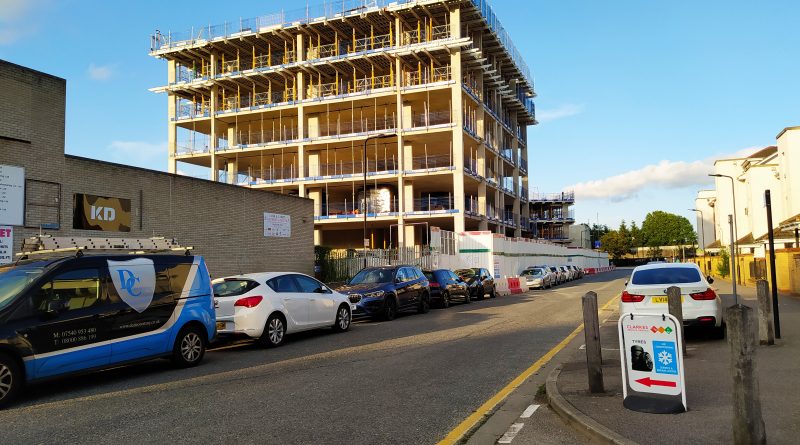 A new tower and adjacent block on Felixstowe Road near Abbey Wood station is now rising quickly on a site near Sainsbury’s.

Both blocks will include 245 flats, with the taller tower reaching 22-floors beside Sainsbury’s and the gold Cross Quarter block. It’s currently up to the third floor.

Retail units are included at street level. Hub are behind the project.

The site is located on Felixstowe Road, which really could do with some trees along the area which both blocks will face:

It’s another place where no expense spared on ever more street clutter by Greenwich Council, but making it an attractive and healthy place to be? Nope.

For years there were signs every few metres about parking. A couple of years ago they turned up to put another sign in between all the existing signs – even though the signs already met legal requirements.

The new project could see new paving materials. Will Greenwich maintain or will patches of tarmac spring up shortly after?

Just down the road council flats are in poor shape externally. Different department yes, but funny how there’s always money for street clutter but little for a lick of paint on buildings, some trees or basic maintenance to create places people can be proud to live.

There are also early plans for housing next door on Lyndean industrial estate, with 600 homes possible including a 20-floor tower.

Greenwich Council planners designated this whole area as an “Opportunity Area” suitable for tall buildings around a decade ago – though it appeared many in the council were unaware until plans were submitted.

Hence a bit of a panic once plans came in.

It’s easy to see how this happened, as a subsequent area plan developed and adopted this year makes many mistakes and doesn’t appear to actually know where Abbey Wood is, with “existing context and character” actually featuring areas of Thamesmead.

It appears Greenwich Council failed to engage in a consultation from the Greater London Authority on the newly adopted plan which will guide the area for the next two decades.

Two out of three Abbey Wood councillors did not respond to the report’s consultation to give feedback.

The final report – still full of errors – was published in December 2020 with few changes from a mistake-ridden 2019 consultation.

It wasn’t the only planning policy that contained some big mistakes.

A separate report that allocates land for future use drawn up by Greenwich Council claimed a telephone exchange beside Abbey Wood station was suitable for housing and owned by Crossrail. 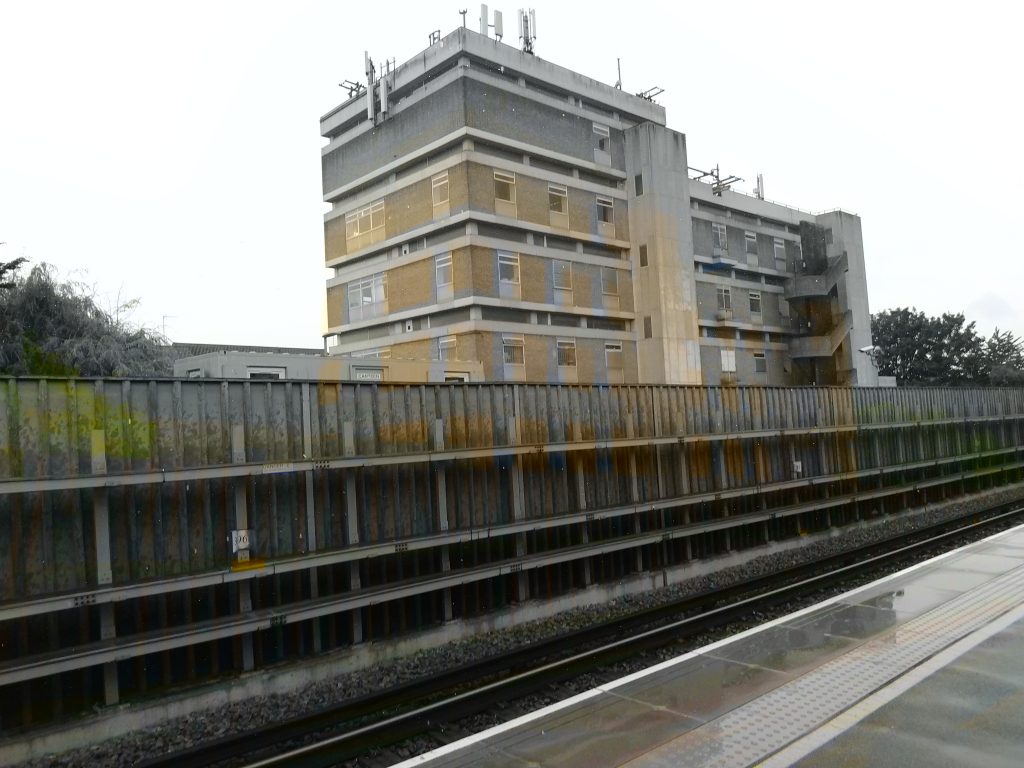 It’s not. That error was in the initial consultation. They were told. They finally published the final report three years late, and yep, it remained in the final report along with many other errors regarding land ownership.

Greenwich Council claimed: “The building is surplus to requirements as a telephone exchange. The site is currently in use in association with Crossrail works; this use is expected to cease by the end of 2019.”

It’s still a telephone exchange. The whole report is outdated. 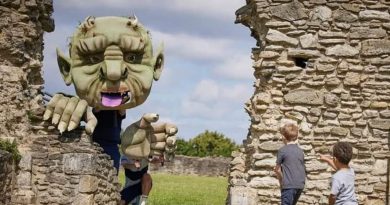