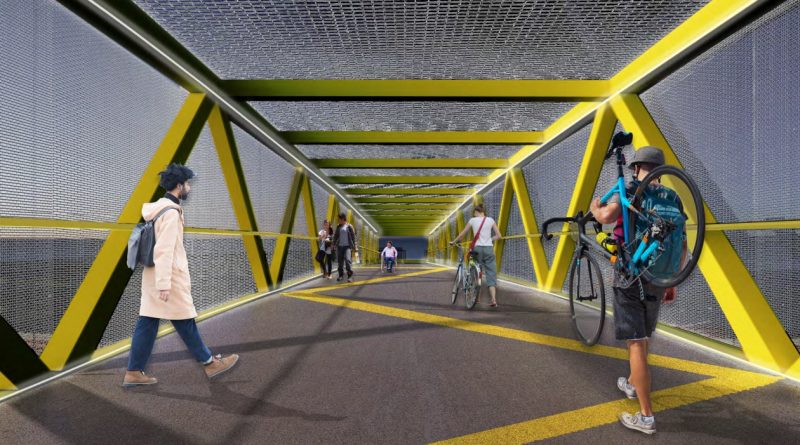 Plans have been submitted to replace a pedestrian bridge over the A102 as part of Silvertown Tunnel work on the Greenwich Peninsula.

If you thought the controversial nature of the tunnel would ensure good design for pedestrians and cyclists, think again.

A new bridge needs to span seven lanes of traffic due to the new Silvertown road tunnel which diverts from the Blackwall Tunnel just to the north of the pedestrian bridge, heading via an underpass towards the Royal Docks.

In doing do, the new bridge replaces quite an attractive, open-air pedestrian bridge for one that cages pedestrians inside mesh lining the side and roof. 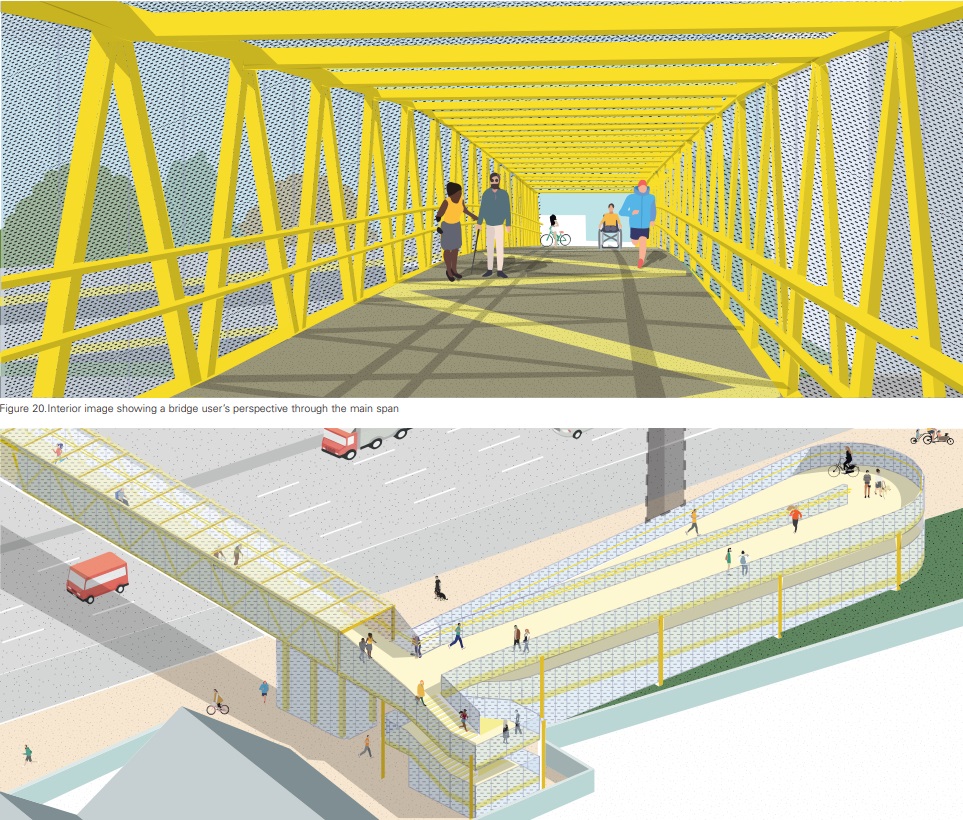 Compare to the existing bridge:

Now renders may make this structure look almost ok in places, but having used similar new structures in Abbey Wood with extensive use of mesh they are just not welcoming in the slightest:

Open bridges were replaced with structures with a cage-like appearance. 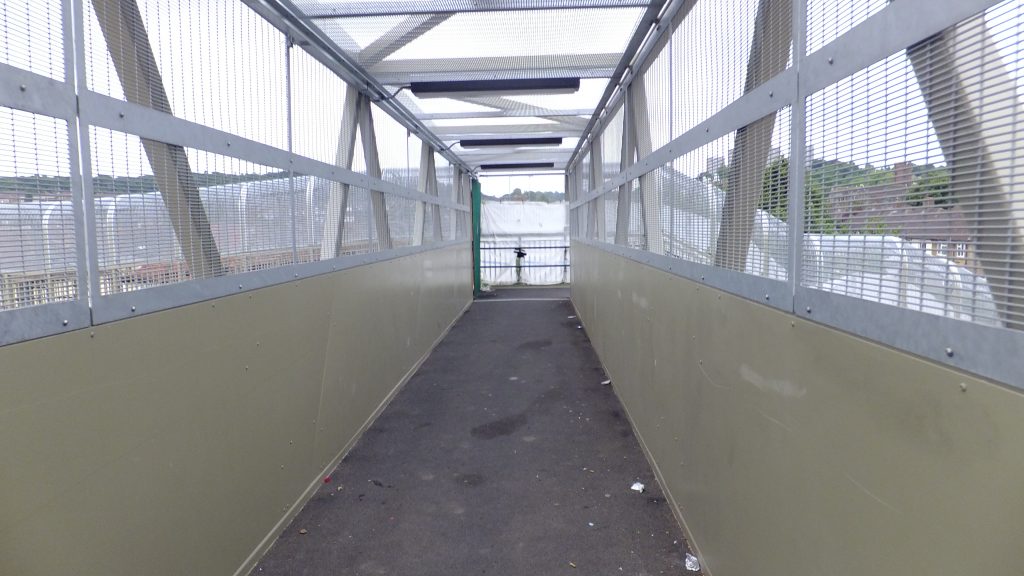 It does little to entice people to travel on foot. Quite the reverse. Isn’t active travel supposed to be an aim? This design does the opposite.

The current Greenwich bridge is pretty dire on approach from both sides due to clutter though is actually a rather attractive and pleasant bridge to use when actually traversing the A102. It’s open, feels relatively safe given good views on approach and while crossing.

This is the latest kick in the teeth for pedestrians and cyclists from both the tunnel and quality of active travel provision on the Peninsula. Silvertown crossing itself provides no access for either pedestrians or cyclists to cross the river and “mitigation” payment from TfL to Greenwich Council is a tiny amount of the overall cost at £2 billion. Just £700,000 has been allocated for small-scale projects in half a dozen locations, which is less than a medium size housing development brings in Section 106 and CIL payments. It’s really a drop in the ocean.

But even with all the new developments and millions, pedestrian links are still very poor when it comes to traversing roads.

Riverlinx and Atkins state more design work will be undertaken, and it needs to. It’s neither attractive nor appealing as things stand.

Given a major hotel is being built close by and thousands of homes in future, this is just not a good enough link. 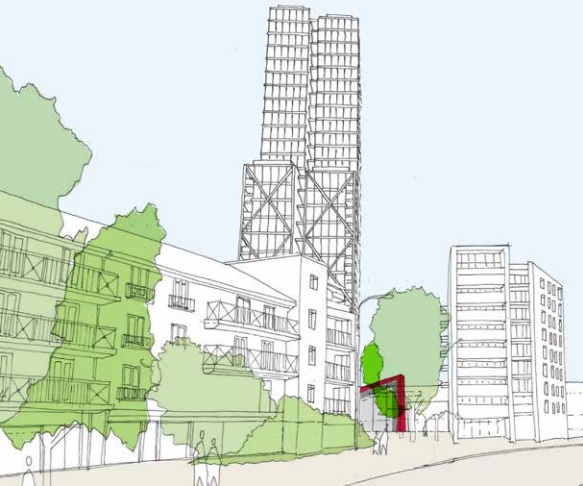 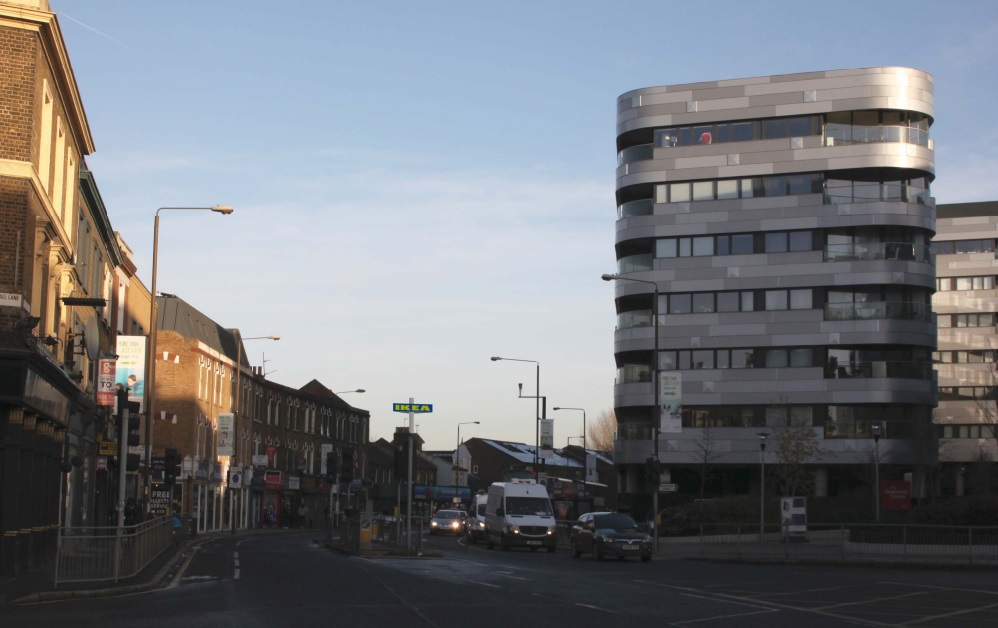 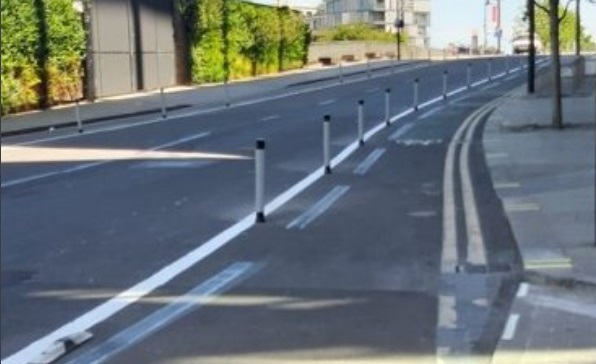