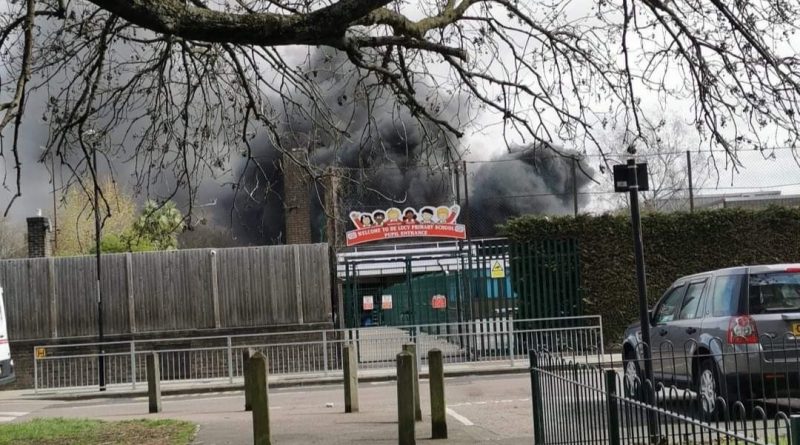 Firefighters are currently on scene of a fire which has broken out at De Lucy primary school in Abbey Wood.

“Firefighters are tackling a blaze at a school where a mobile classroom is completely alight. The Brigade’s Control Office has received nine calls about the fire.

The Brigade was called at 1208. Fire crews from Plumbstead, Erith, Bexley and East Greenwich fire stations are at the scene.

Damage has occurred to the exterior of one block alongside a “temporary classroom”.