Posted by fromthemurkydepths on August 23, 2020 28 Comments

Work next month will see a slip road in Greenwich leading to the A102 Blackwall tunnel closed to all vehicles.

The northern slip road leading from Angerstein roundabout will see barriers installed and then only permitting emergency access. 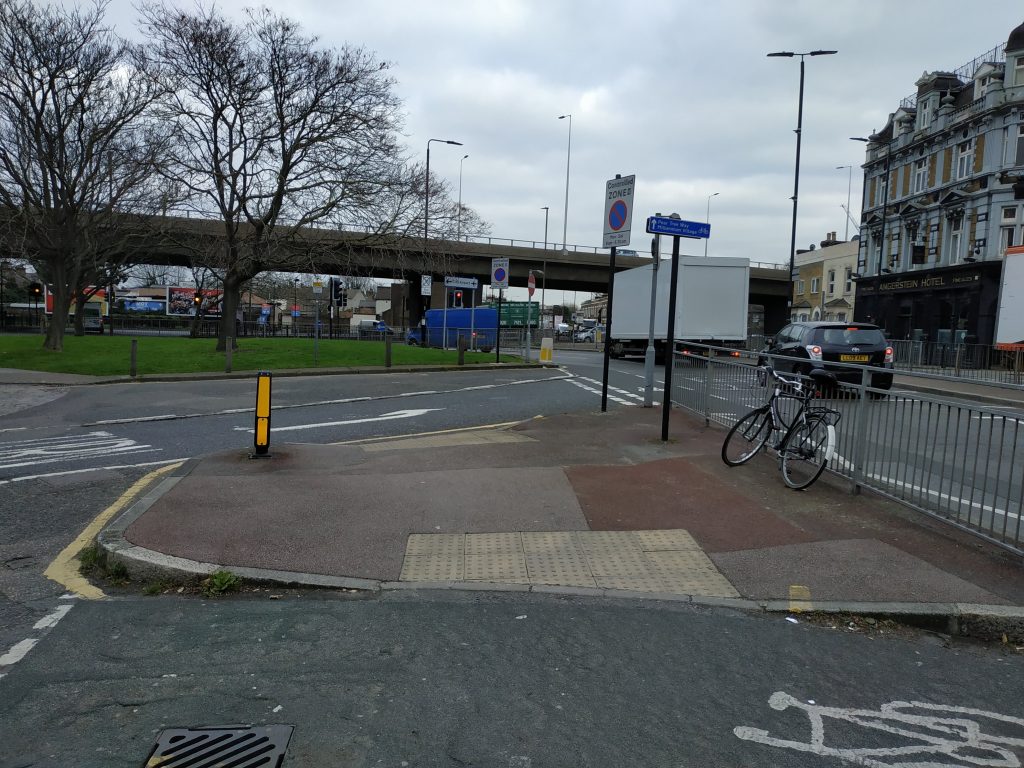 These ideas were mooted in plans for permanent changes, though only now do we see that’s it’s brought forward and included in a temporary project. 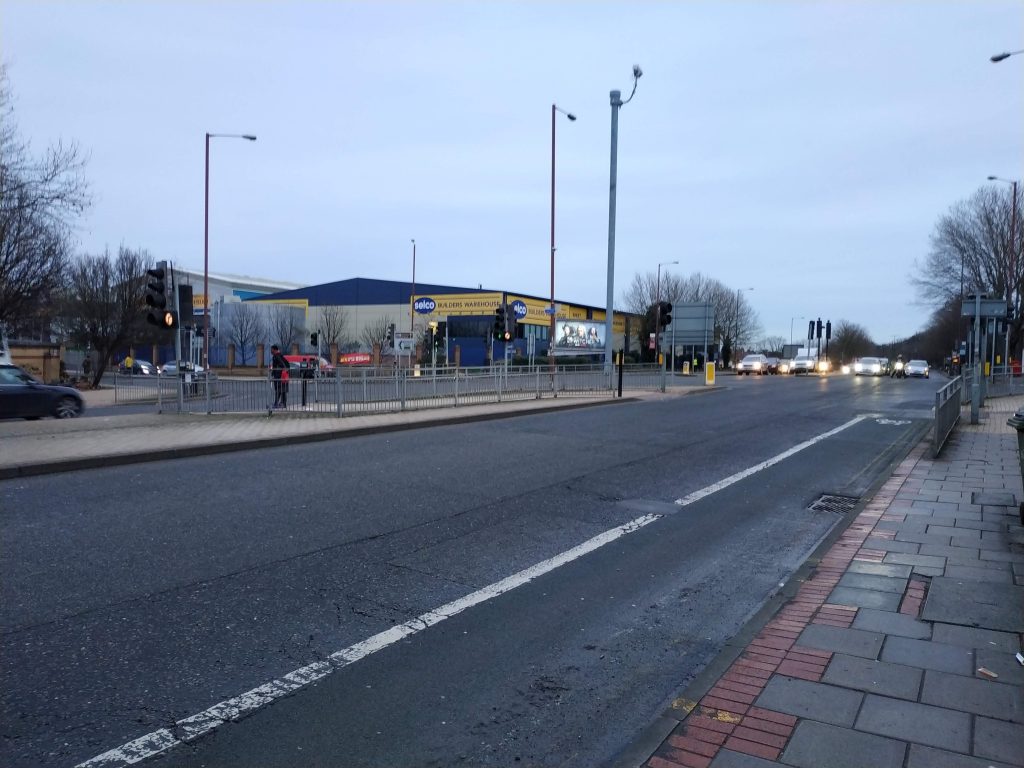 Drivers will turn off at this junction

Drivers heading from the east towards the Blackwall Tunnel will be expected to turn off and head to Bugsby’s Way and then access the A102 at Blackwall Lane as shown below.

Reducing traffic along Woolwich Road has been a long term aspiration though not without repercussions. It will result in an increased number of vehicles heading past the recently opened St Mary Magdalene School – which is still a long way from an eventual 1,600 pupils. 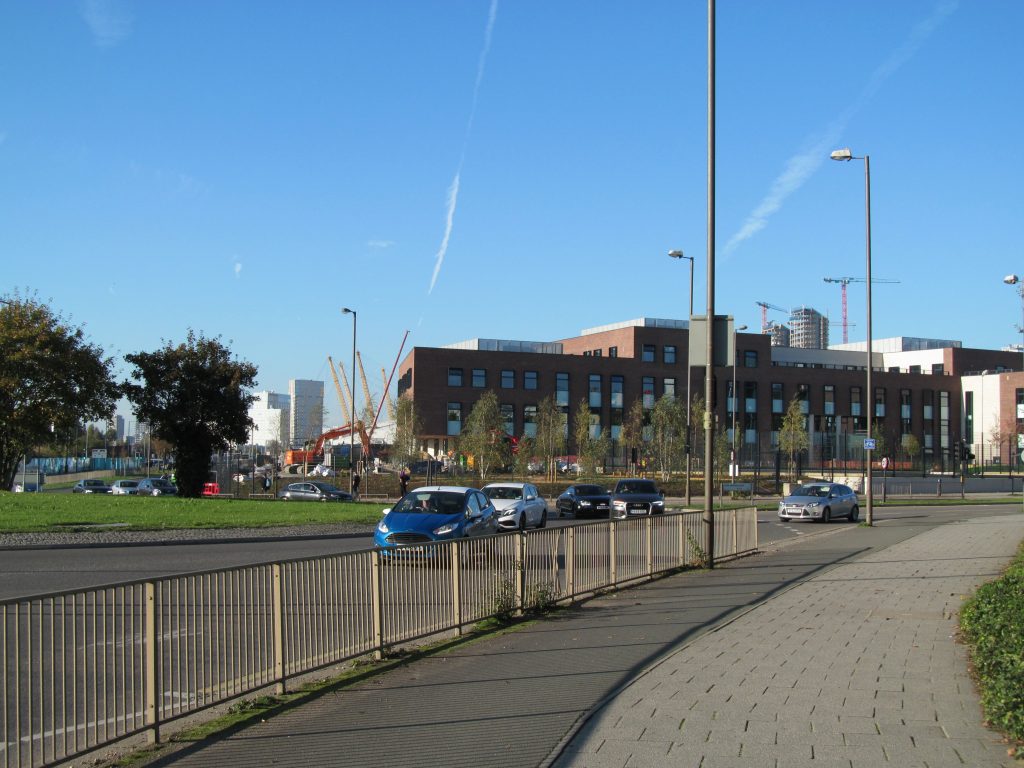 It also means more cars along Bugsby’s Way – which is often congested and a poor experience for pedestrians. 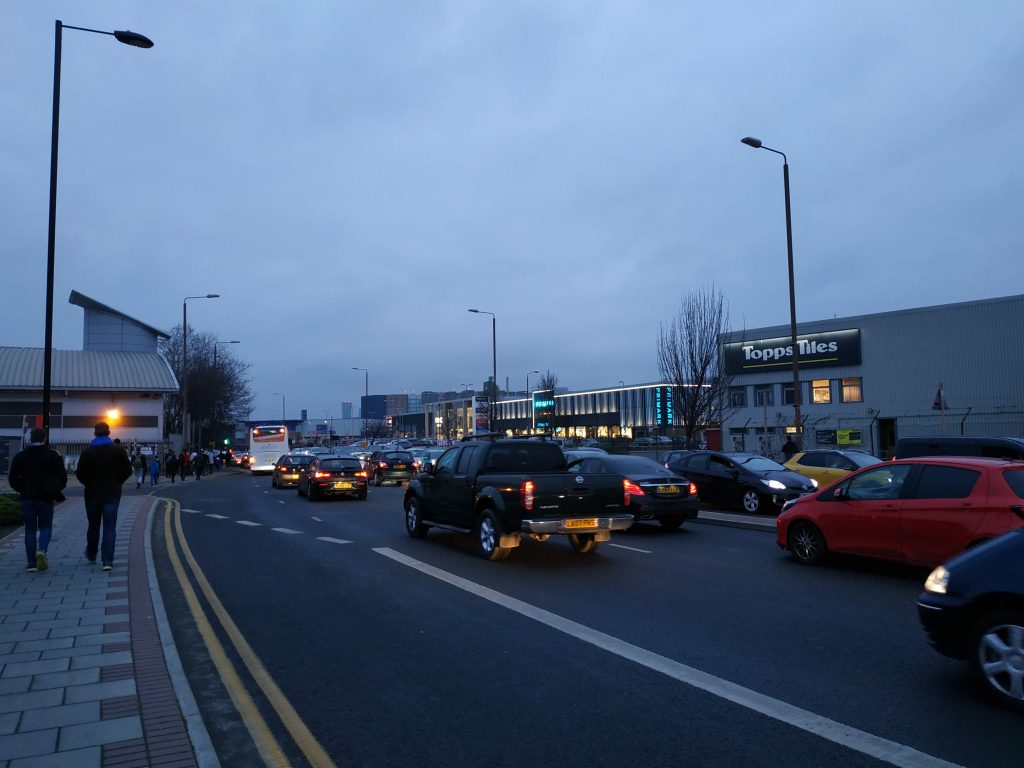 A bus lane on this stretch ends before reaching retail parks and buses are often stuck in queues.

From the west drivers will need to turn off at Blackwall Lane to reach the Blackwall Tunnel. 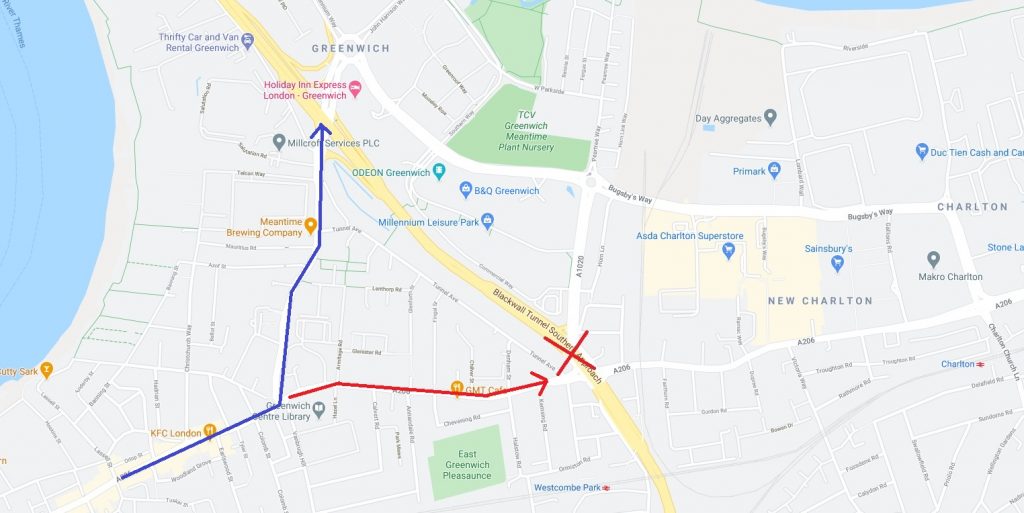 This will reduce traffic levels to the west along Woolwich Road. 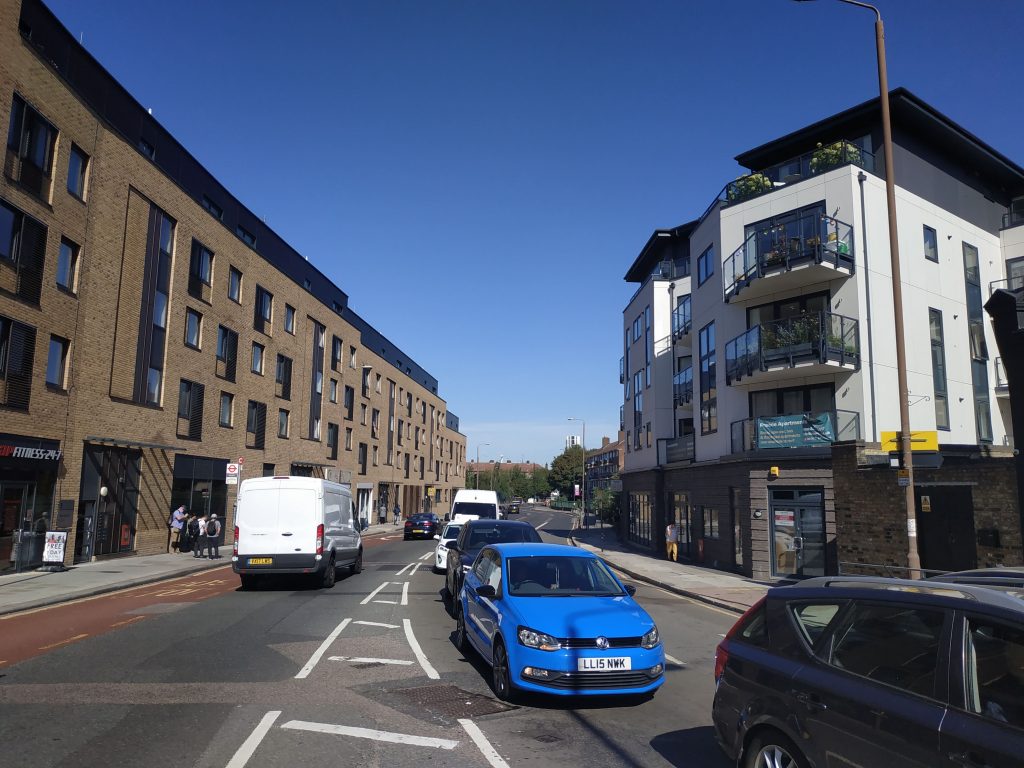 Vehicles will then enter the A102 towards Blackwall Tunnel at a junction up the road. It’s frequently slow-going due to some drivers trying to jump the queue, though newly installed cameras should help reduce that issue. 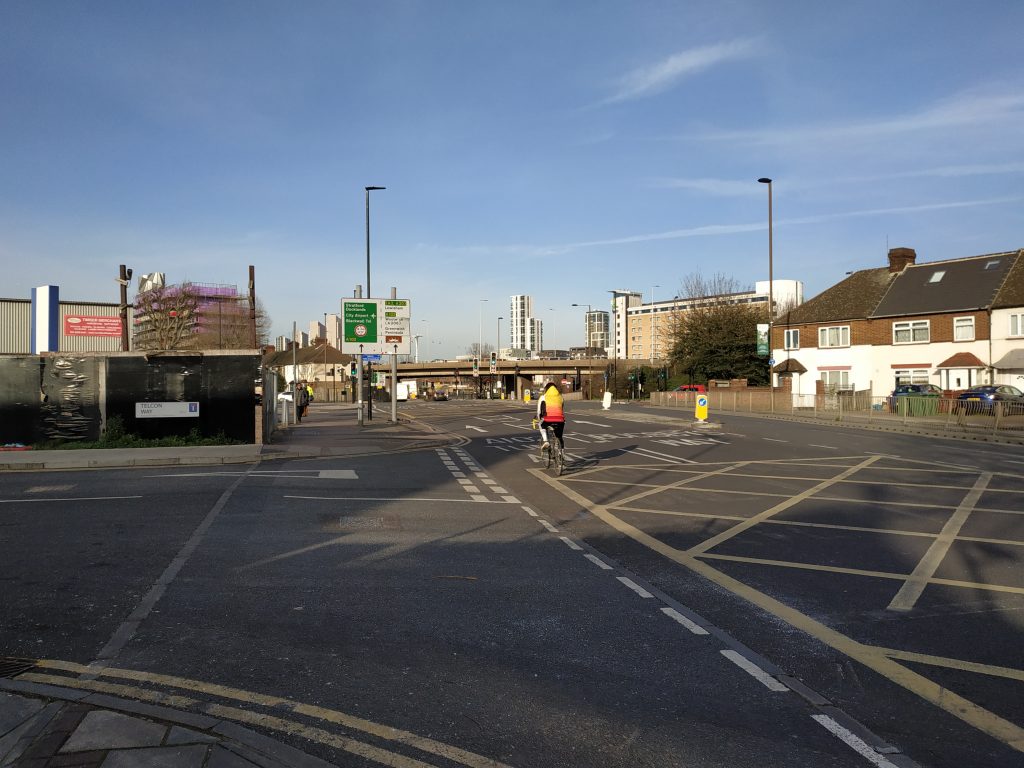 People moving into new-builds along Blackwall Road will see an increase in traffic:

There are of course no easy answers in an area with a burgeoning local population, public transport capacity heavily reduced and a need to prevent gridlock and encourage walking and cycling. 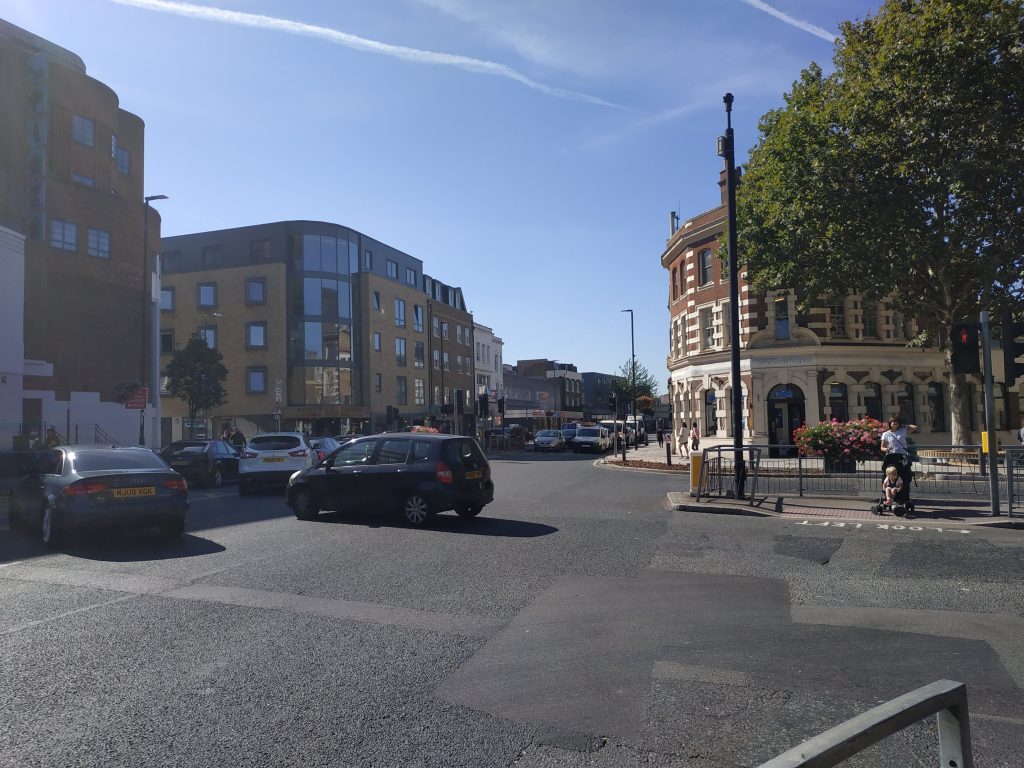 Elsewhere cycle lanes along Trafalgar Road will become two-way on the north side of the road instead of one each side of the road as now. These light segregation measures lasted barely over a year since a “Low Emission Neighbourhood” scheme was installed last year. 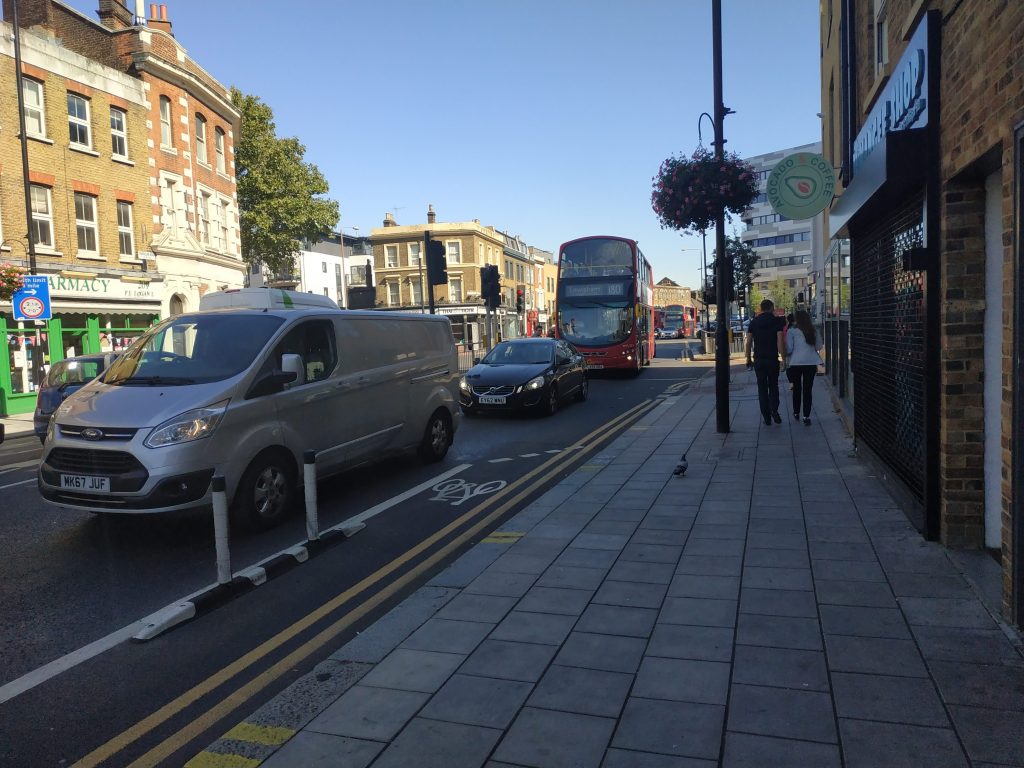 Wands installed in 2019 will be removed

I took at look at the Low Emission Neighbourhood project in September last year. It improved Trafalgar Road quite a bit, in what is a constrained and narrow road.

It’s a shame a lack of foresight ensures some work is rendered moot so soon after installation. 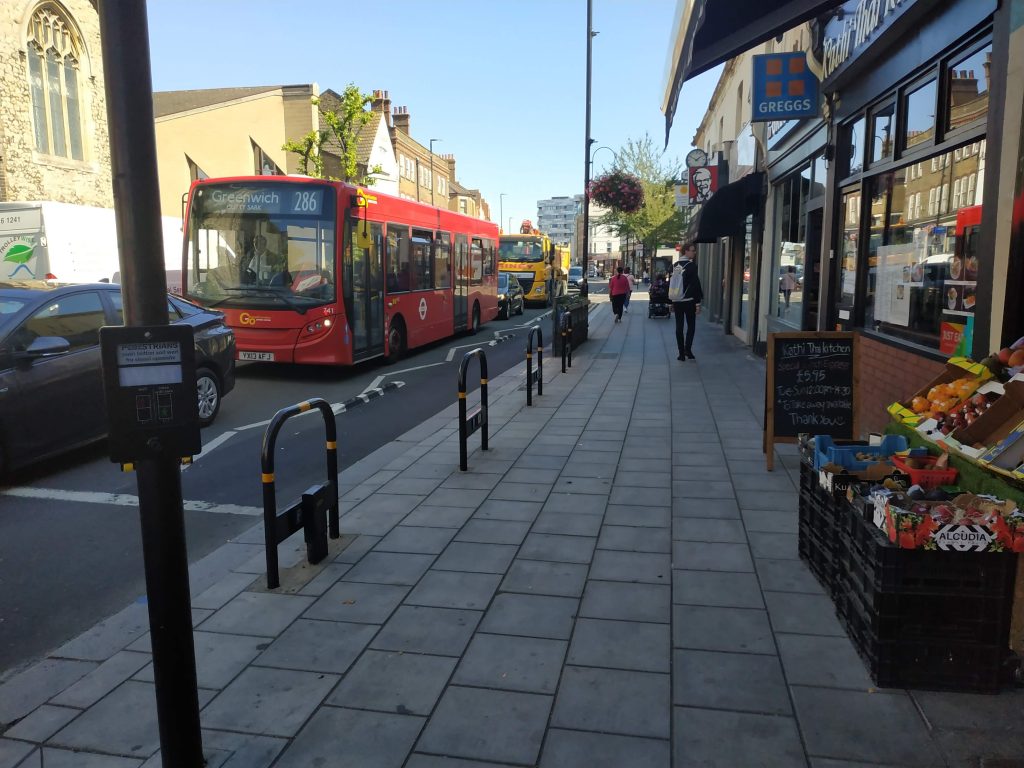 Cycle lane here will shift to opposite side of the road

In terms of the new cycle lane upon leaving the Old naval College, it heads along Old Woolwich Road though instead of entering Trafalgar Road at Lassell Street – which is more direct – it carries on around Old Woolwich Road and joins at Christchurch Street. 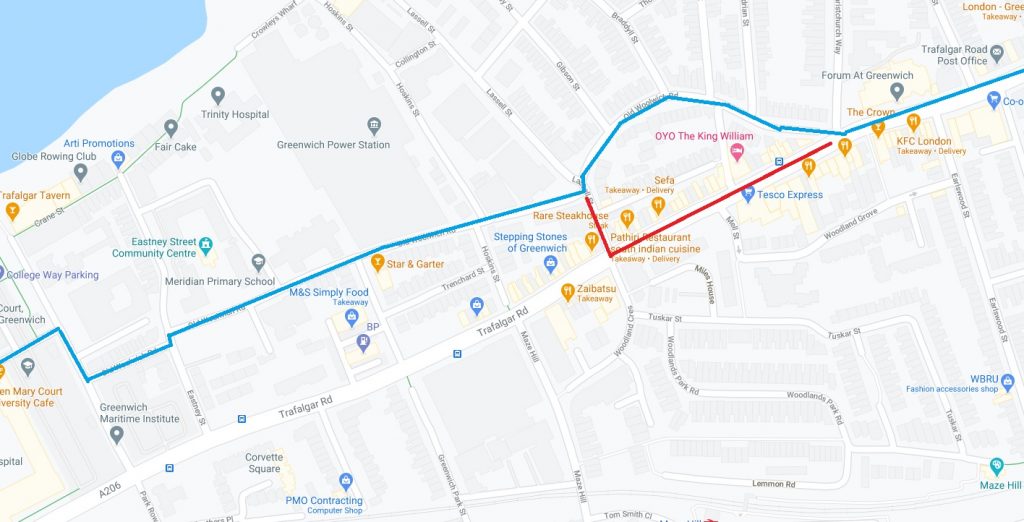 Blue route = what is planned. Red = what is quicker

I wonder how many will go the longer route? Doing so may mean a quieter road, but one that has cars parked on both sides, a blind bend and five junctions.

All this should get cracking in September. Expect some vociferous arguments soon.

Help the site continue and become a sponsor here or make a one-off Paypal donation here.