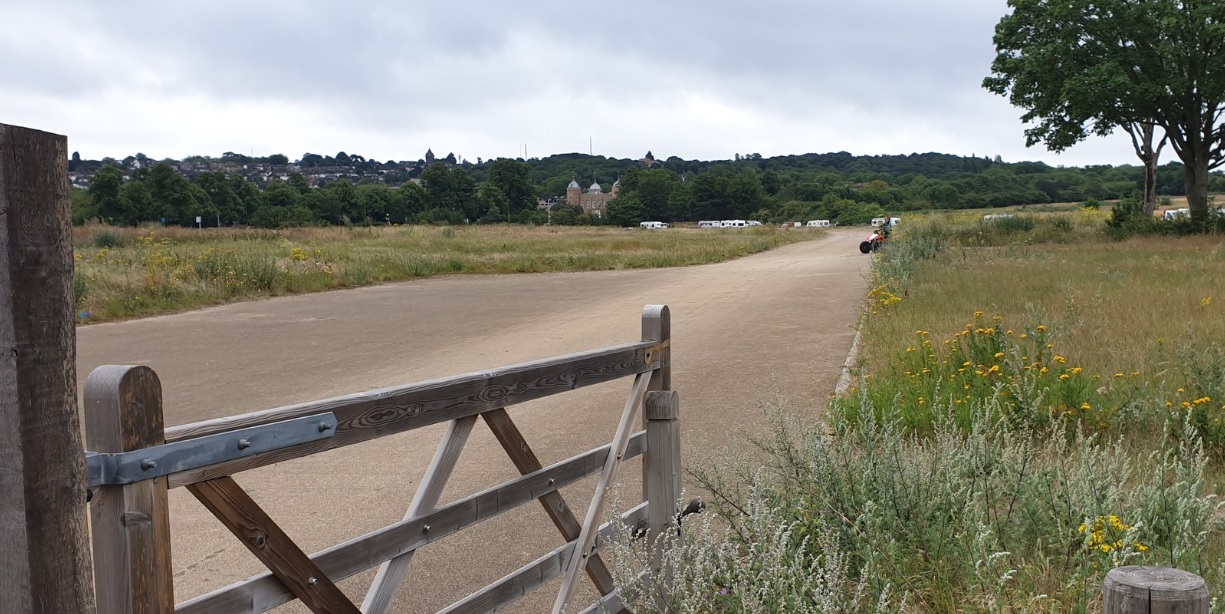 Woolwich Common councillor David Gardner has called for the Ministry of Defence to take action after travellers arrived on the common 10 days ago.

Since then a number of complaints have been sent to this site as well as posted online about a various issues including flytipping on the common and residents complaining of harassment including visitors to the adjacent hospital. Trees have  been reported as cut down.

The MoD (landowners) are very aware of this issue. The disrepect that the travellers have shown on the common since they settled a week ago is quite staggering. So much hard work by volunteers undone. https://t.co/B13ThkAWyZ

“Am afraid that the travellers’ encampment on Woolwich Common has not been tackled effectively by the Ministry’s Defence Infrastructure Organisation, there are now 15 caravans and the HaHa Road gate remains open. They are not following Greenwich’s advice on how to tackle the situation quickly and avoid a huge pile-up of rubbish from “house clearances” etc. I have pleaded with them to secure and staff the gate – then I think they will leave.”

“One resident, a female was followed and harassed by a group of boy on quad bikes and she and her friend had to run out of the common (usually a safe daytime running spot) for fear of what was being said / implied.

Then another resident who had an expensive pedigree dog was approached by a group of younger boys who started asking questions. Soon after male traveller came over and demanded the the dog overs hand over his dog as “compensation” for talking to the children.

A number of residents on our community association have reported the travellers arrival to the council and the police but haven’t heard anything back.”

The MOD control the common and in 2018 a number of caravans were parked on the common. They ignored Greenwich Councils calls to clean the site. Rubbish built up and eventually a fire begun which covered a sizeable amount of land.

UPDATE: In the past hour the MOD have tweeted:

Officials from MOD are engaged with our legal team, Ministry of Defence Police, Met Police and Council officials to seek to move the travellers on from the site as quickly as possible.