Work on building 48 new homes at Sunbury Street in Woolwich is progressing with a former care home recently demolished.

The development is located near Woolwich Dockyard station and the former Woolwich Fire Station which saw conversion to housing after closure five years ago.

To show how slowly these things progress, Housing Association ASRA applied for permission four years ago at Sunbury Street having moved residents out. With building work yet to begin, it could be six years from application to occupation in the midst of a housing shortage.

Mast Quay is near this site and work is underway there on another tower. That’s been 12 years since early plans were revealed. Another tower is planned and covered here.

Woolwich Dockyard station is near these developments and the quieter brother to Woolwich Arsenal. Thameslink trains sail through without stopping (yet are timetabled slower than Southeastern trains which do call) with one reason given that station platforms couldn’t take 12-car trains, yet Thameslink only run 8-car trains.

These schemes could see a bump in rail passengers at Woolwich Dockyard. Though what will really result in sizable increases is when Morris Walk estate is finally demolished and rebuilt.

That scheme has been delayed.

Another care home built around the same time in Woolwich was recently demolished near Woolwich Arsenal station. Plumcroft school has seen an expansion on part of the site.

That site is directly beside Woolwich station and would have been ideal for a mixed-use scheme with homes above a school. Similar projects are commonly seen across Europe and would have bee ideal with London’s housing squeeze. Having schools as low-rise islands won’t fly with London’s population rising by 1 million every decade.

European cities could teach London and the UK much. Berlin, Barcelona and many other cities show how schools can tie into neighbourhoods to a far better degree.

Hackney Council, for example, are now looking to do similar on school sites. Given the need for transport-orientated development and the site being public land, such a development would have been ideal. But changes in thinking hasn’t caught up with the reality of population growth in much of London’s Town Halls.

The subsequent reality is people having to move many miles outside of London with a heavy use of poor quality private lettings at huge cost to the taxpayers – not to mention broken communities and poor living conditions for many. 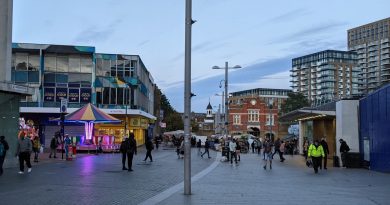 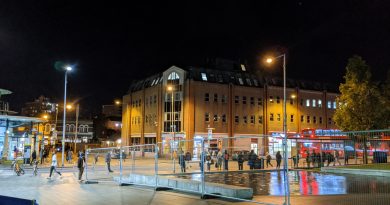 One thought on “Woolwich care home demolished for new flats”