Transport for London have announced the third round of funding for street projects to encourage walking and cycling as public transport capacity is severely reduced.

Here is a google sheets list of boroughs with funding, and how much money they have been allocated for what so far https://t.co/7WXSJRh6i3

Perhaps unsurprisingly authorities which have failed to widely engage and consult such as Greenwich and Bexley have again missed out. Lewisham and Bromley saw their first awards, with 24 out of 33 authorities now seeing cash allocated.

I’m sorry for the endless groundhog day posts but what we are seeing is the result of some councils not to engage to any meaningful degree and failing to disclose what bids are being made. Thus are bids any good or extremely poor and failing to secure funds? Are many even being made in Greenwich?

Many of those receiving funds in the first three rounds were authorities that already had plans in place this financial year to invest millions from new developments and parking income towards better public space – something Greenwich and Bexley did not. Lambeth has so far seen £2.6 million in emergency funds. Even before the current emergency finding, they were on track to allocate £5 million from parking income and £1.3 million from developer income:

Greenwich is almost alone in London in allocating zero from parking income (as they again see a large budget shortfall as poor parking continues borough-wide) plus zero income from new developments this financial towards better streets and active living via TfL’s Local Implementation Plan:

There’s a clear correlation between those authorities that are open, transparent and already focused towards funding walking and cycling and those now winning funds.

Many London authorities also launched initiatives – and entire websites in many cases – asking the public what areas are suitable for funding bids. Greenwich Council put out one tweet. Bexley did nothing.

When it comes to keeping the public informed Bromley drew up a 40 page document which was placed online. Lewisham revealed a large number of projects and again revealed exactly what they were. Greenwich and Bexley have said little and Greenwich continually ignore requests for information.

With Greenwich being just one of three councils across London never to have sought the use of cameras to enforce traffic infringements since 2003 it’s perhaps of little surprise they lag on this issue. Even now we don’t know if it’s active.

Ultimately it’s people who cannot drive – and often the poorest – who suffer through such lethargy and chronic problems in departments. Car use goes up, pollution goes up, health issues increase and many people simply can’t get about as buses with severely reduced capacity sail past without stopping. Cycle and walk? In many places it’s awful – and often in the midst of huge new developments that bring in many millions of pounds to the authority.

Greenwich have attempted a PR drive to distract attention from a lack of engagement and transparency. Yesterday they tweeted about a school street in Charlton. Good and all, but a question on who funded it went unanswered and there’s little information on how many are planned or where. Minutes after I saw a tweet from Hounslow Council highlighting a link to their webpage with a list of 10 sites. 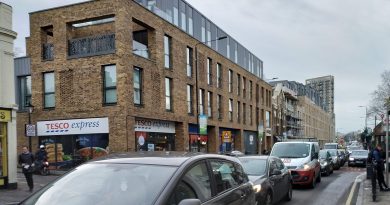 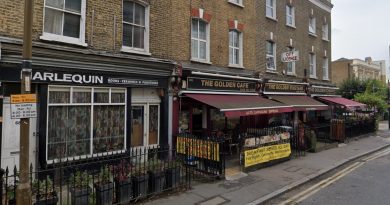