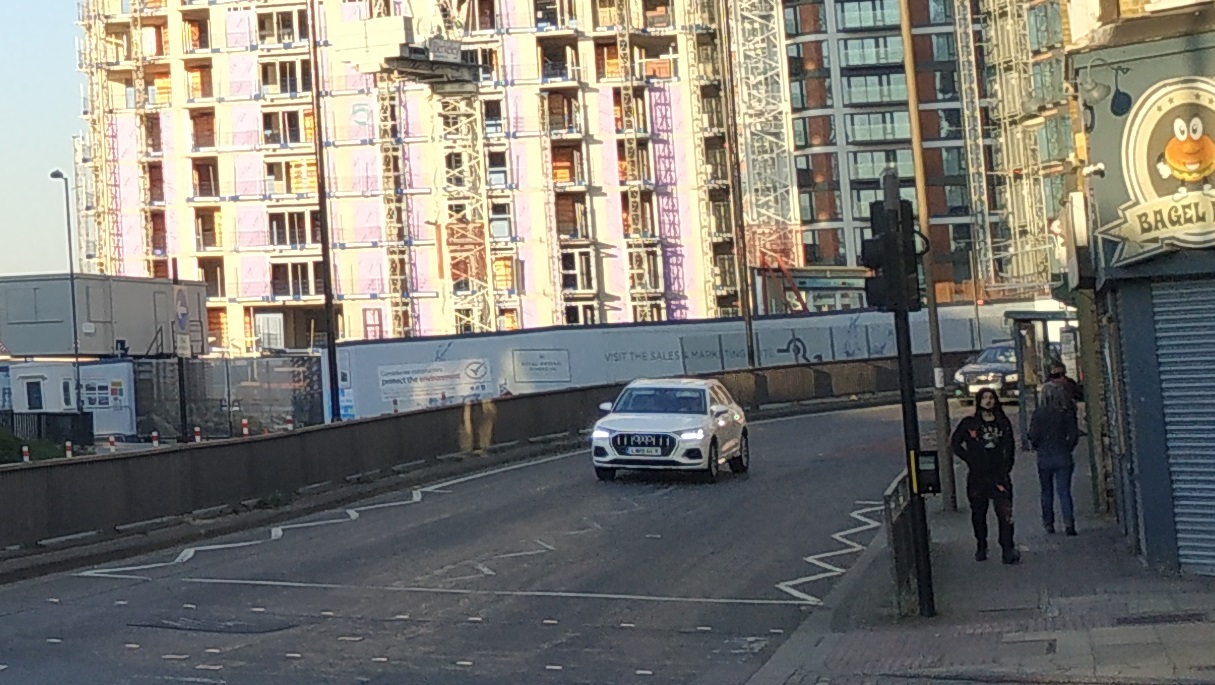 We’re now coming up to seven weeks since lockdown was introduced in the UK with no projects announced in Greenwich borough.

The UK was generally slow to respond to a world where public transport use was off-limits to many. However over recent weeks a huge number of councils across the UK have announced projects.

In the past 30 minutes I’ve just heard that in Manchester £5 million is to be spent on footway extensions, one way streets, removing through traffic, adding cycle lanes and removing barriers on pavements”.

Shortly before that Camden Council announced “pavement widening works for Kilburn High Rd, to be complete by 16 May This is a busy location with narrow pavements and queuing for supermarkets—so we need greater space for social distancing”.

⬇️I am pleased to say we have agreed pavement widening works for Kilburn High Rd, to be complete by 16 May

This is a busy location with narrow pavements and queueing for supermarkets—so we need greater space for social distancing #localgov #Covid19UK https://t.co/VdCvYigbYN pic.twitter.com/abtwE4QxEv

There’s things to keep an eye on though. Some boroughs have simply put continuous lines of barriers which limits the ability to cross and acts just like guardrail in hindering pedestrians and speeding up traffic.

Elsewhere today (6th May) and as covered this morning, TfL announced projects across London including sped up cycle highway 4 measures, though they end almost as soon as they reach Greenwich borough.

Lewisham Council are looking at work in variety of area such as Deptford High Street with a dedicated page looking for feedback. The same site is asking the public for suggestions across the borough.

Meanwhile just east in Greenwich borough there’s almost nothing announced. On Twitter the authority asked people in a pretty informal way and that’s about it so far. The tweet actually mentioned action after rather than now during lockdown.

Once lockdown is lifted we'll need to find a safe, socially distanced way for people to get to work.

Walking & cycling are safer, but will present a challenge in some areas due to limited space.

Are there particular areas you think we should pay attention to in our plans? pic.twitter.com/OlOn8wJYyU

That so far is about it.

Elsewhere in London Hounslow council have announced “parking to be suspended on Turnham Green Terrace, rat run to be blocked on Wellesley Rd, dangerous bridge on Duke’s Meadows to be filtered in first tranche of traffic measures to improve safety for pedestrians and people on bikes.”

Tower Hamlets are not normally too enlightened on street design, and had previously said they would removed measures taken by local people to create more space outside busy supermarkets. Yet some projects have commenced there:

From today, a section of Old Ford Road near Victoria Park will be temporarily closed to motor vehicles to aid social distancing.

The Old Ford Road filter that went in this morning. Heavy planters have been used, which presumably will have trees added to them @Kevin_J_Brady pic.twitter.com/gxdYRgmI0b

And on it goes across numerous authorities.

I suppose the lack of urgent action in Greenwich borough should be of little surprise. This is the same authority that has allocated zero income from parking and developers this year towards street improvements via TfL’s Local Implementation Plan – and are almost alone in doing so across the capital.

It’s the same authority that has seen a parking income deficit of over £12 million in recent years as weak enforcement permitted drivers to park on pavements and cycle lanes unhindered in many areas.

The trouble is who in power is willing to change that culture?