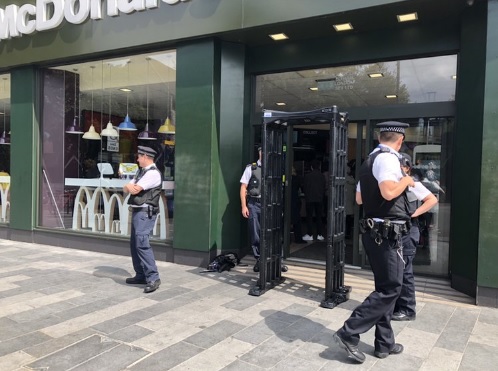 Police today set up an arch at the entrance to Eltham High Street McDonalds to detect those carrying weapons. At least one arrest for knife possession was made.

It follows a series of incidents around the fast food restaurant in recent months.

Yesterday saw arches set up at Woolwich Arsenal station. Three were arrested including one man who attacked police. A discarded knife was also found.