Posted by fromthemurkydepths on May 8, 2018 2 Comments 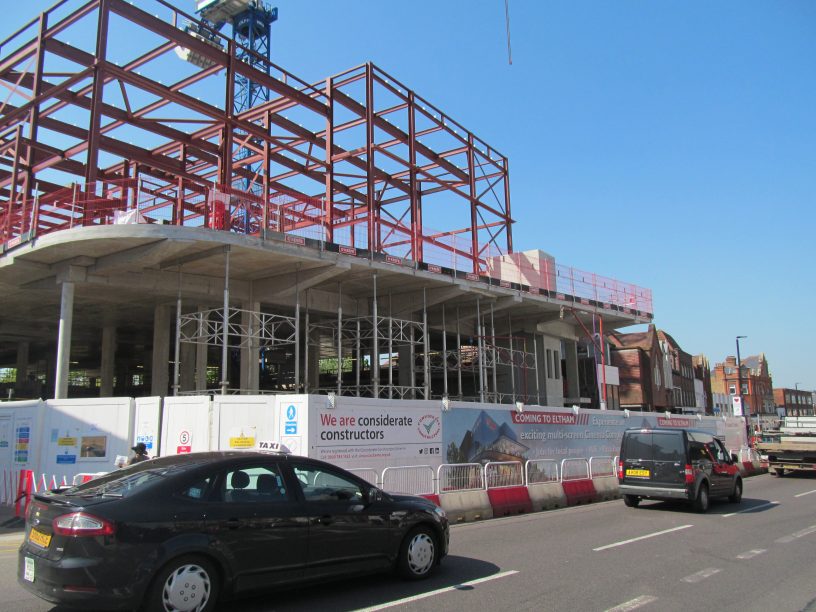 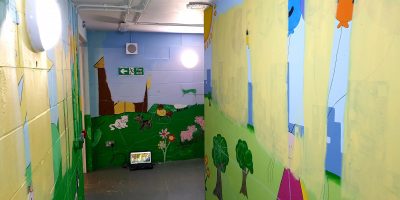 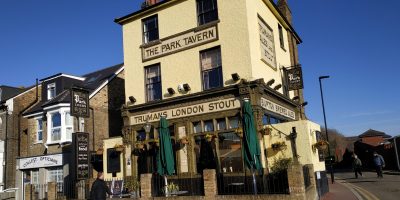 Eltham’s forthcoming cinema is coming on leaps and bounds with the main building frame visible along the High Street.

The cinema is expected to open in March 2019 with restaurant chains Pizza Express and Nandos agreeing to take on commercial units with a Sky Bar also present – reminiscent of the cafe/bar at Greenwich’s Picturehouse. 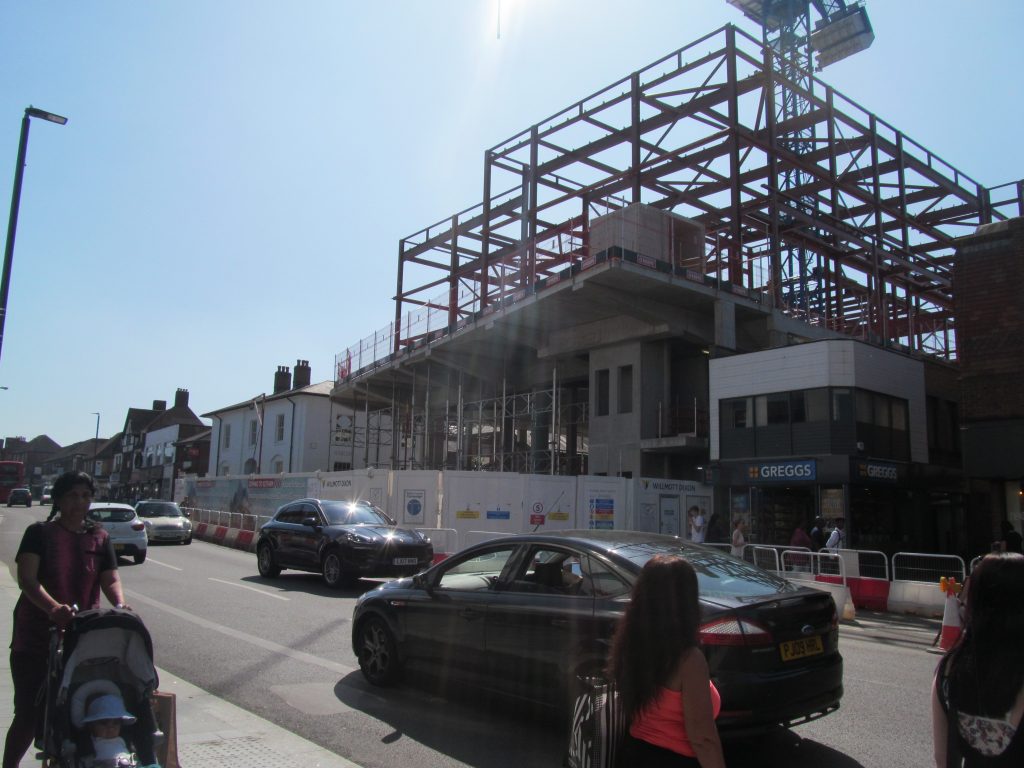 There have been a fair few controversies along the way. Operators Vue not paying the London Living Wage for one, plus hiring in lookalikes for promo purposes. 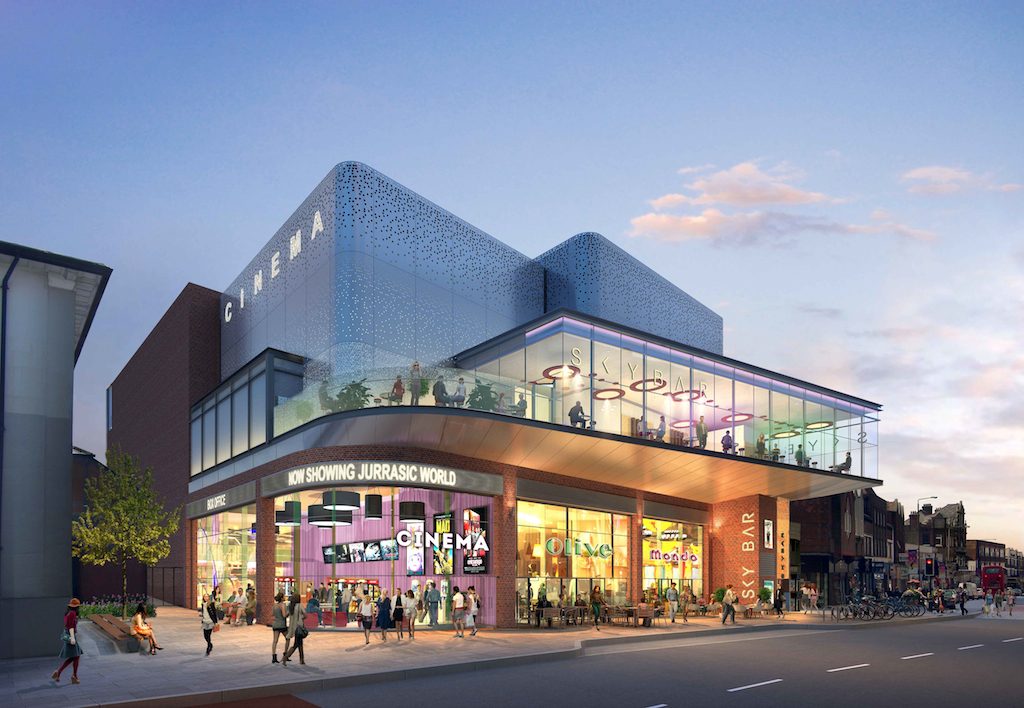 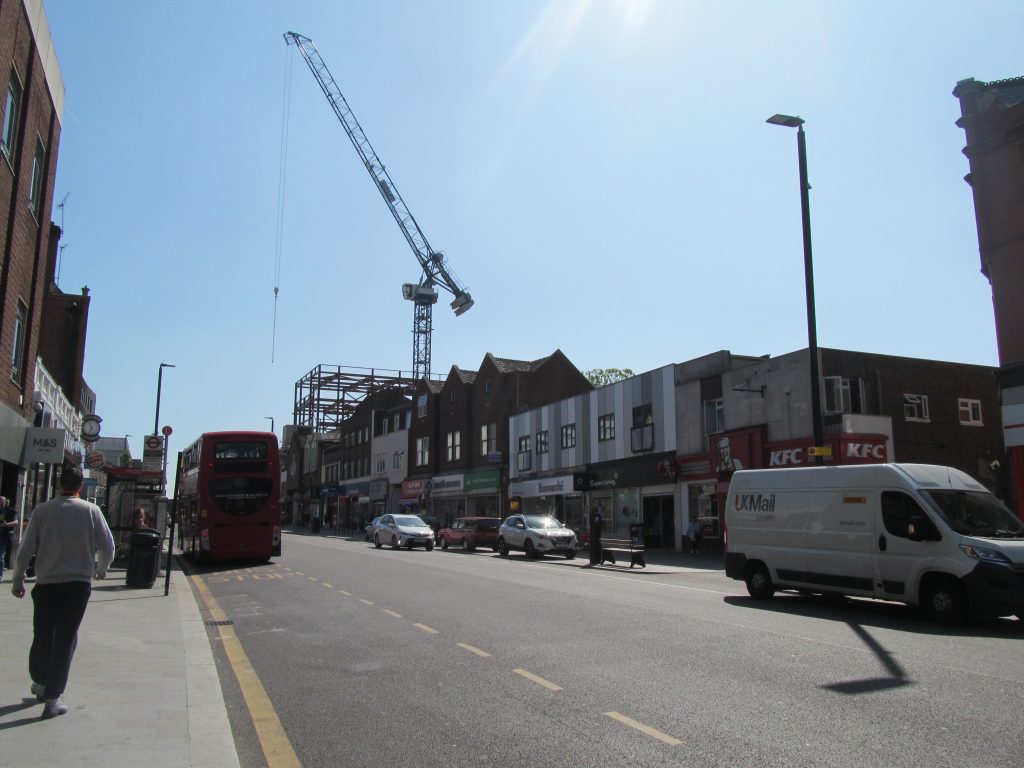 Six screens will be on offer. It’s the first cinema in Eltham Town Centre in decades. 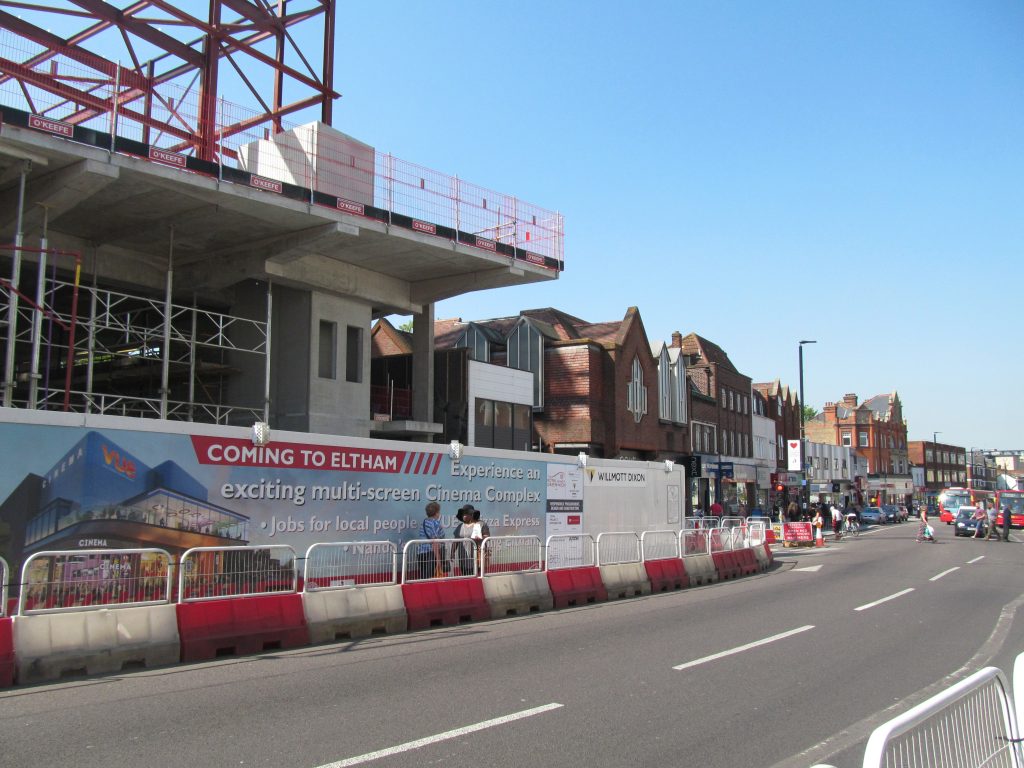 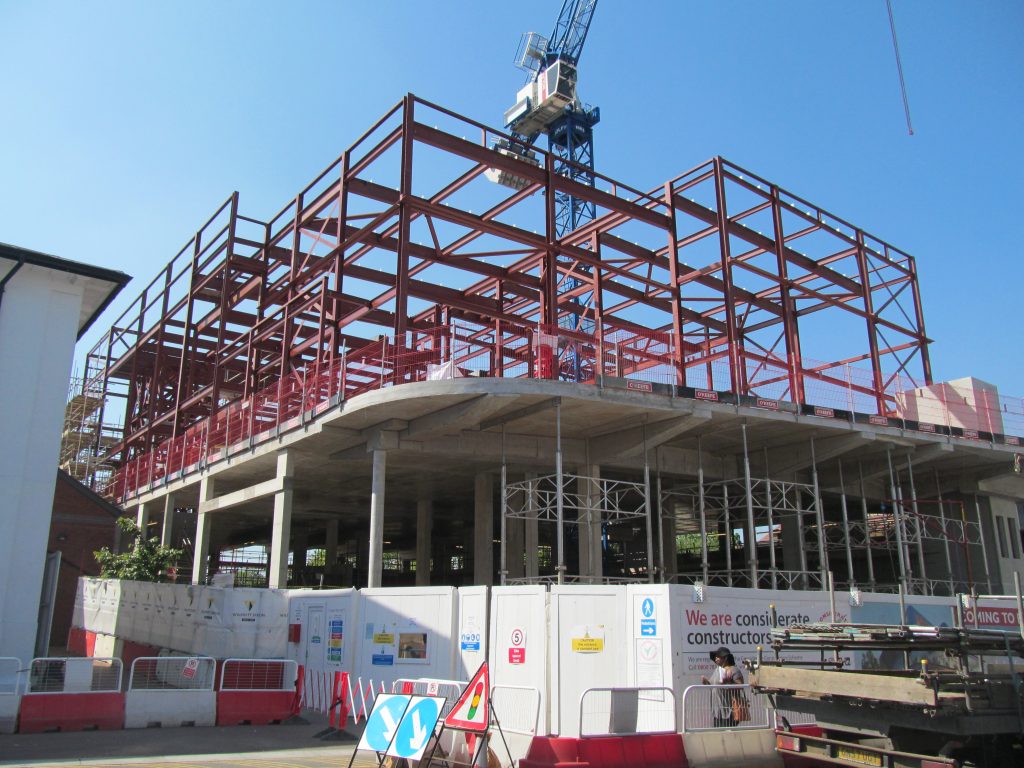 Cinemas are back in vogue. One is now coming to Sidcup with another just announced for Dartford.

Woolwich of course has plans for two – at Spray Street and another at the Island Site.