One of the more controversial elements is the removal of bus lanes in congested area which TfL now admit will slow buses.

Removing this bus lane comes in advance of Silvertown Tunnel, which if built would see more traffic heading through this area to avoid tolls as the Rotherhithe Tunnel would remain free.

The east-bound bus lane on Creek Road is to be removed between Deptford High Street junction and a junction by Norman Road. TfL state: “a journey time increase of up to 6 minutes is expected eastbound between Surrey Quays Road and Creek Road”.

Greenwich had no apparent concerns about losing this lane in their consultation response (see page 44 here) as there’s no mention of it, but again showed how thinking is rooted decades in the past by stating:

“They are concerned about and question the removal of guard railings”.

Other councils welcome their removal in many areas. Guardrails have been proven in studies to often make junctions and streets dangerous as traffic speeds up when present, as drivers often feel a sense of separation from pedestrians. When they come into contact with pedestrians it is then at a higher speed.

I’m running a Christmas appeal for the site. Click here to become a Patron or here to donate via Paypal. Adverts alone do not cover the costs. Thanks

Cyclists can also be pushed and squashed against railings by vehicles.

Lewisham Council came up with feedback asking for CS4 to link with a Quietway – which is to now happen.

Greenwich’s feedback is on the other hand embarrassing and, well, pointless. Very little of merit is noted.

For a long time I’ve raised the subject of Greenwich’s Highways Department’s dated design practices and how they ignore contemporary street design guidance. The authority frequently spends money while it contravenes modern thinking and TfL guidelines. Is it any wonder TfL seem reluctant to work with them? They must wonder why bother working with a council so intransigent and difficult.

Lewisham Living Streets take the opposing viewpoint to Greenwich Council and seek “a review and rationalisation of footway clutter”.

Lewisham Living Streets also oppose the loss of a pedestrian crossing which Greenwich Council didn’t remark upon – despite it being in Greenwich borough. This crossing is going:

It’s beside a new Pocket Park currently being constructed – and covered last week on this site. That is a TfL and Greenwich joint project and even there Greenwich seem determined to stick to outdated practices.

They have removed some guardrail but insisted on raised planters in areas which divert pedestrian from direct routes. Another downside is pinch points for pedestrians – as also seen along Eltham High Street

This is another view of the crossing going directly next to the new Pocket Park being built as part of a Low Emission Neighbourhood scheme:

The entire junction as it stands was only built earlier this decade when New Capital Quay and Waitrose completed at a cost of hundreds of thousands by Greenwich Highways Department – again using outdated design. It includes much street clutter penning pedestrians in and risks cyclists being squashed.

Sustrans have also raised concerns about this loss.

Nothing by Greenwich Council about the crossing being removed – only about railings.

Work is yet to begin at the top of Deptford High Street where a new pedestrian crossing is to be installed and right hand turns will be banned.

Over 3,000 homes are planned just north of there at the long-delayed Convoys Wharf project. Those with long memories may remember Boris Johnson called it in when Mayor as an “urgent decision” was needed. Six years on and not one home has started.

Consultation on a cycle lane from Greenwich to Woolwich is imminent. It’ll be interesting to see if Greenwich are doggedly sticking to street design that goes against modern advice.

Much recent design work in the borough has continued to use expensive measures that are pushing the borough backwards. These consultations offer a glimpse into how Greenwich Council operate, work with other authorities and explain so much about why others are reluctant to work with them.

Except for Silvertown Tunnel.

Ultimately it’s residents who suffer. The council all too often ignores public realm, and when engaged by others wants to turn the clock back to a time when cars were king and everything subservient to them. 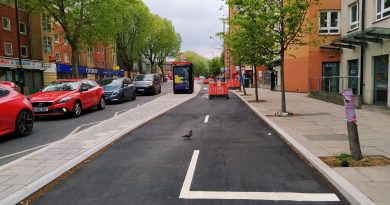 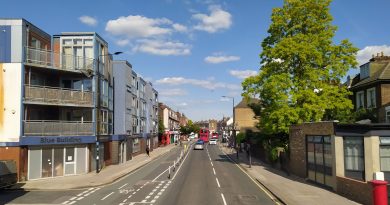