Transport for London have today launched a new consultation on extending the Bakerloo Line from Elephant and Castle to Lewisham via the Old Kent Road.

One of the biggest changes appears to be a new entrance to the tube at Elephant and Castle with new Bakerloo Line platforms. The extension would see four new stations; two on the Old Kent Road, one at New Cross Gate and one at Lewisham. 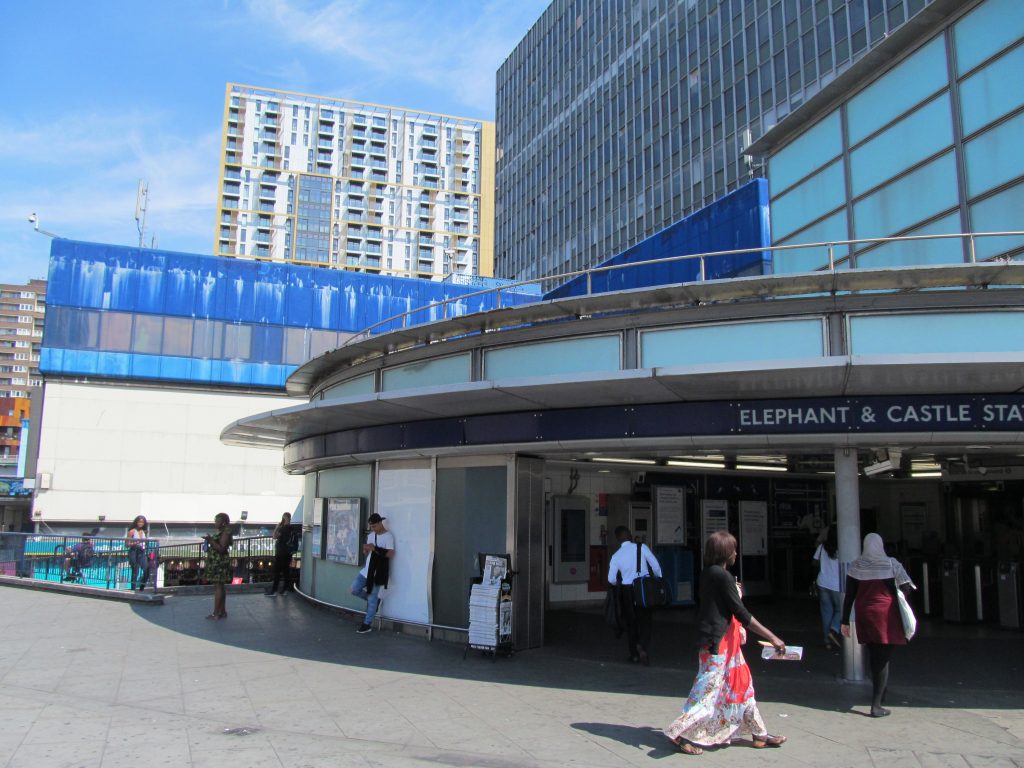 In our 2017 consultation we set out a shaded area around Elephant & Castle and asked respondents to indicate where they considered a suitable location could be for a new Bakerloo line station within that area. The majority of responses stated that a Bakerloo line station should be located where the Northern line entrance and Elephant & Castle shopping centre currently are.

Taking this feedback into account we are proposing to build a combined station entrance and ticket hall for the Bakerloo and Northern lines. This structure would be built as part of the proposed new shopping centre development. This station would be fully accessible and, as part of the delivery of the Bakerloo line extension, would provide step-free access and improved interchange.

This new entrance would tie in to plans to demolish and develop the current shopping centre. I took a visit to the centre and surrounding area which can be seen here.

There are warnings from TfL: “If this proposal is progressed, we may need to temporarily remove access to the Bakerloo line at Elephant & Castle.
This would be subject to future consultation”.

The next station along would be located where Tesco currently have a superstore.

TfL state the entire shop may now need to close alongside the petrol station.

Since that consultation we have developed our plans for how we could build the station and the extension. Firstly, our revised plans mean that we no longer expect to build the station into Humphrey Street. Secondly, in addition to building a station, we are considering using the Old Kent Road 1 site as a secondary tunnelling worksite to build the proposed tunnels between this station and Lambeth North. Using the site in this way could reduce the amount of time it takes to build and open the extension.

However, to do so, we would need the whole site, and the supermarket and petrol station could not remain on the site during construction.

TfL suggest the name for this station as Suggestions have included Old Kent Road or Burgess Park but want public feedback.

The next station on the Old Kent Road would be where Toys ‘R Us had a branch alongside a large car park. The store shut when the chain went bust.

Suggestions for the station name here include Old Kent Road or Asylum. I’d go with the latter. It’s unusual and would nicely highlights the history of the area.

We have also developed our plans for tunnelling worksites in order to construct the extension. In addition to building the station, we consider this would be the best site for the primary worksite to launch tunnel boring machines.

Our proposal for this site requires more land than we consulted on in 2017 and now includes Network Rail land to the north of the retail park. This land would enable new railway sidings to be built which would bring materials to the site and take away the spoil (excavated material) created from tunnelling. This would substantially reduce the environmental impacts of the construction works for the extension.

New Cross is likely to be the primary worksite for the project with Sainsbury’s shutting.

As we have developed our plans for the site to incorporate the primary tunelling worksite, it has become clearer that the current supermarket, other retailers and petrol station would not be able to remain operational on the site during construction

We have considered two alternative sites for a primary worksite. These are an existing rail freight site at Hither Green and a new site at Catford on the Catford Hill Retail Park and Jubilee Grounds playing fields south of Catford Bridge station

The line is planned to terminate at Lewisham with a station built on the current bus stand off Thurston Road beside the Southeastern rail station.

A new tower on the site of Carpetright would see a new station entrance the the tube, rail and DLR.

There’s the slight issue that full funding is not committed to the project. In true British fashion, a Bakerloo Line extension – originally put on hold due to World War 2 and featured on tube maps after the cessation of fighting in 1945 – still faces uncertainty.

The hope is it’ll open in 10 years. London will probably have another million people by then. That still doesn’t seem enough for central Government to give the go ahead. 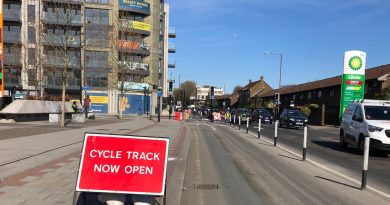 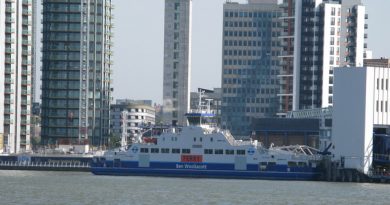