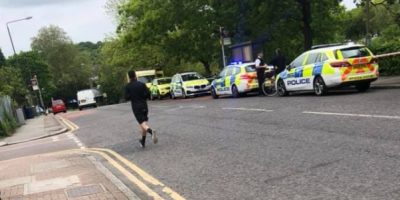 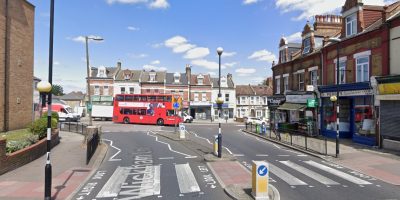 A man armed with a knife is believed to have attacked pupils in Plumstead on Griffin Road this afternoon with one boy injured in the shoulder.

UPDATE: Plumstead Manor have released this statement in the last 10 minutes:

“After school today at a bus stop in the local area a young man who is in Year 12 at Plumstead Manor School was stabbed by an attacker unknown to the school. This incident continues to be investigated by the Police and we are not in a position to release more details other than that the young man is receiving medical care and his injuries are not life-threatening.

Although the school day had ended, we responded quickly, and working with the Police and Emergency Services, allowed students back into school before locking down our entrances. This lock down was in place for around 25-30 minutes while the Police made sure the area in the vicinity of the school was safe. Once this was confirmed we released students, making contact with parents and carers where necessary to make sure all our young people reached home safely.

The school will be open as normal tomorrow, and we will offer support and counselling to anyone who has been affected by this. Our thoughts are with the family of the victim and we look forward to his speedy recovery and return to his studies. We are a safe, happy and vibrant school, and although these events took place outside our community we will stand strong in the face of such violence.”

The incident occurred at 3:21pm. Though police state no arrest Plumstead Manor school that the incident has been resolved with the school earlier stating on their website:

“There has been an incident outside of school today in the local area which the police attended and has now been resolved.

Staff and students responded brilliantly to ensure everyone’s safety and we would like to thank all parents and carers for their understanding and co-operation.

We will update the school community when we have more information.

School will be open as normal tomorrow. “