Posted by fromthemurkydepths on September 13, 2019 2 Comments

Work is now well underway on converting the former Homebase in Kidbrooke to an Aldi supermarket.

Plans were submitted in February 2019 after Homebase collapsed and sold many branches. The green lives on in places – for now: 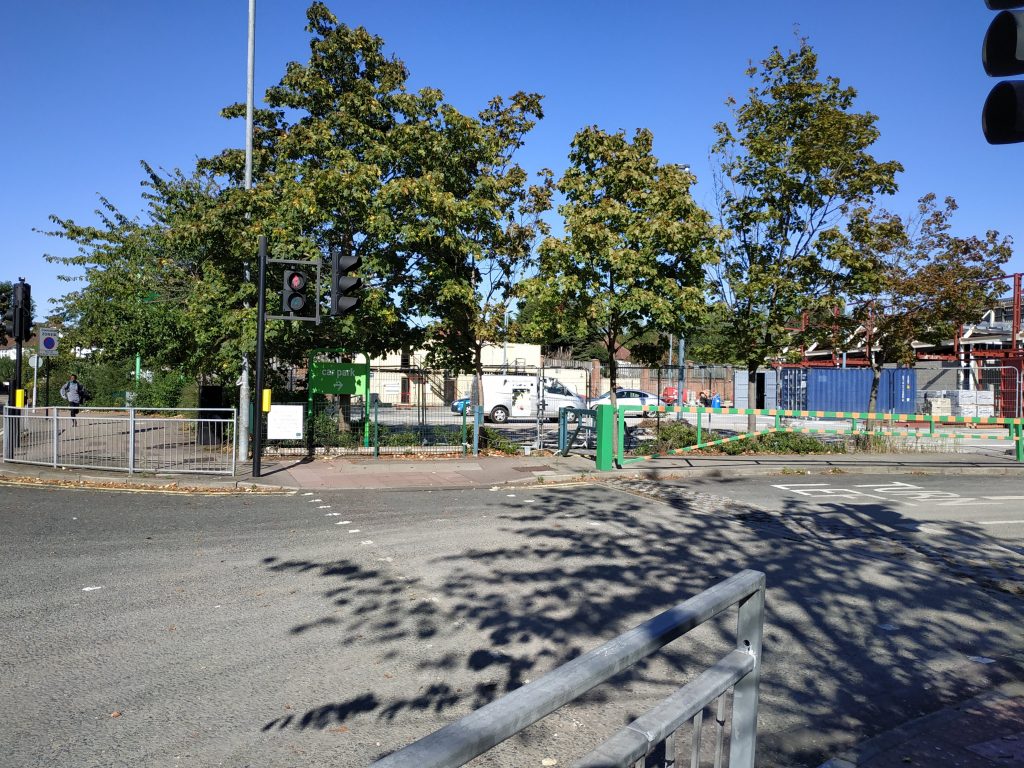 The building is not being completely flattened but altered.

Another shop is planned alongside Aldi though no tenant has yet been revealed. 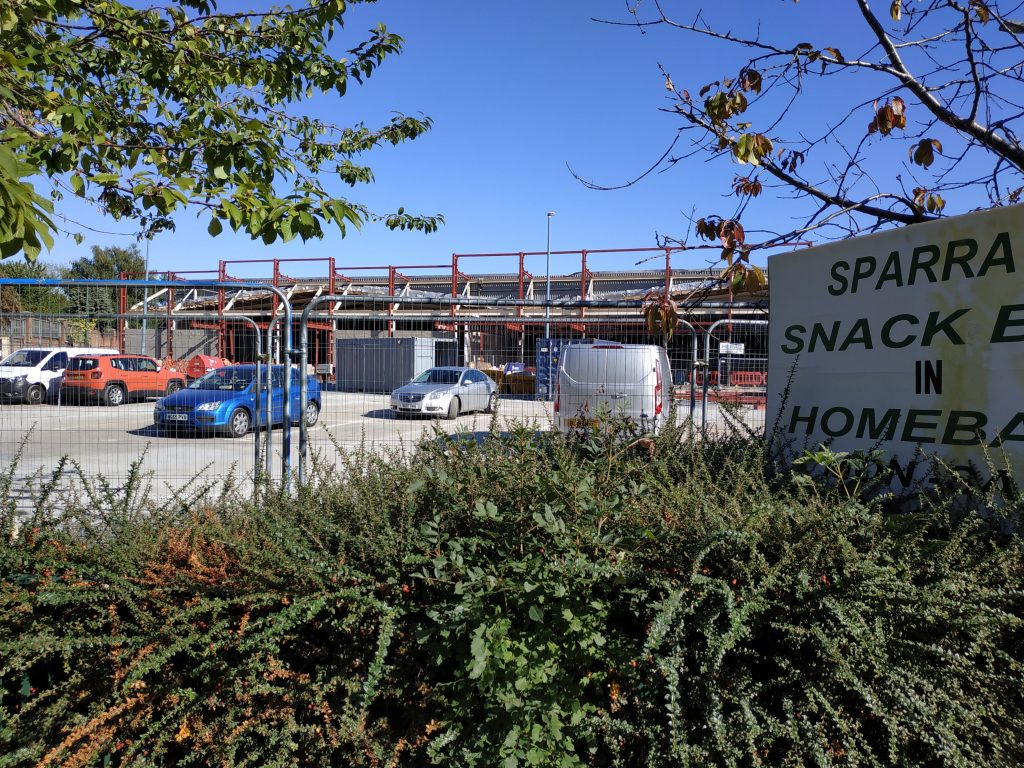 The store will benefit from over 5,000 homes from Kidbrooke Village when that completes – and potentially another 600 from a TfL-owned site if they win approval after Greenwich Council rejected plans.