Developers are back with a new submission for two towers on the banks of Deptford Creek beside Trinity Laban.

Plans were first submitted in September 2018 but heavily criticised by the GLA with “affordable” homes set at just 10%. 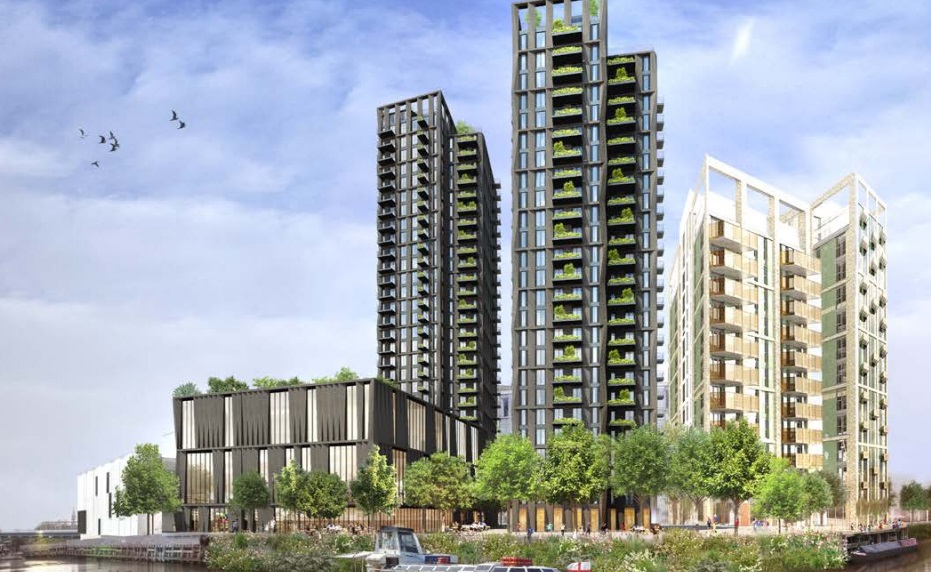 The level was particularly low given “a third of the site is in public ownership; 20% is being contributed by Trinity Laban at no cost to the applicant; and the majority of the site is former industrial land.”

As with the earlier submission there is no new bridge over the creek to Greenwich. No structure was included in a planning application, now approved at Saxon Wharf, for a site directly opposite.

Neighbouring Greenwich (the boundary is directly next to this site) apparently made no comment on that issue nor much else according to documents. TfL have however made numerous requests including money to improve the local public realm for cycling and walking including:

30,000 towards introducing CPZ, including restrictions on residents that would not be eligible to obtain parking permits
• £264,000 towards public realm improvements to be delivered by LBL
• Improvements to dropped kerbs/tactile provision at the junctions of Copperas Street / Creekside junction and Creek Road / Creekside Junction to be done by developer under S278 Agreement
• Provision of layby on Copperas Street and turning head at refuse collection point to be done by developer under S278 Agreement
• £20,000 towards TfL RTPI public transport improvements at two bus stops.
• 2-year Car Club Membership

The design appears little changed. It retains the extensive use of dark greys which could lend a heavy, cumbersome appearance as the tallest tower in an area that will see a number of blocks.

It’s another site that claims to use dark grey concrete to reference an industrial past. It was a manure works FFS! Who moves in, sees grey concrete and thinks “oh great, this reminds me of where many turds ended up?”.

This may come as a shock but people don’t want to live in, or see, a tower that reminds them of a grotty former industrial block. The buildings were little more than shacks. It wasn’t some glorious industrial heritage in many places like Bankside Power Station. 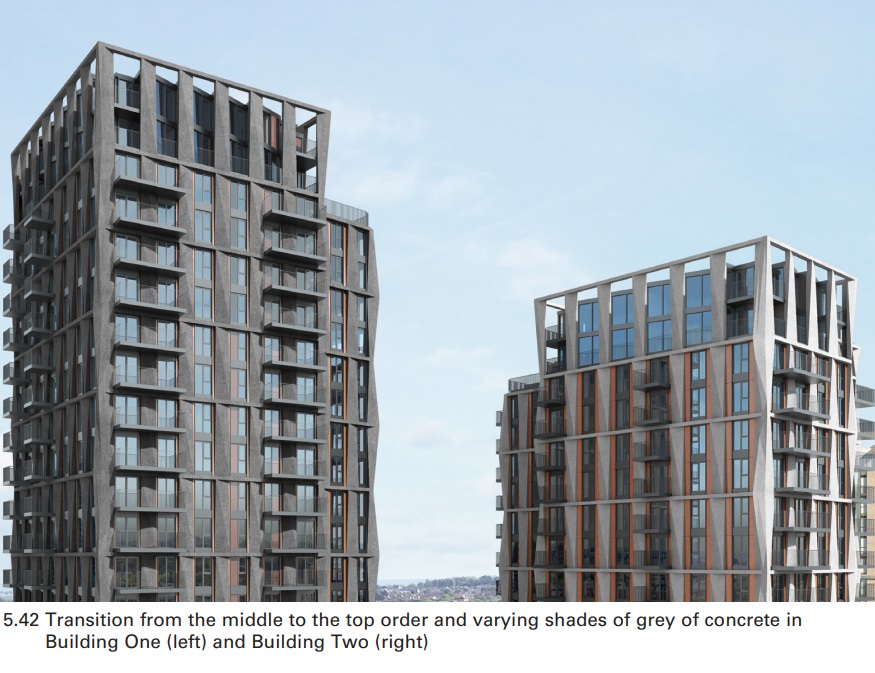 Also, in the predominantly overcast UK dramatic shadows as seen in the Mediterranean generally do not occur, so this is a bit of a nonsense.

It will work better on the low rise element but a 30 floor tower? It has oppressive and dreary written all over it.

Some renders also have idealistic greenery on every balcony to offset the grey. Yeah, that won’t happen.

The transport analysis also seems well off. It claims only nine rail journeys on Southeastern will be generated by residents. There’s 336 flats planned.

It’ll be interesting to see how Lewisham Council and GLA now respond given the many issues this project raises.

Seen that new tower from across Greenwich? A look at it here