Posted by fromthemurkydepths on October 12, 2018 0 Comments

The Woolwich line is seeing thirty minute service intervals at times today and not due to unplanned sudden disruption. This is timetabled service levels.

It’s due to Southeastern’s autumn timetable introduced today which results in half of services not stopping at some stations . It was covered here. 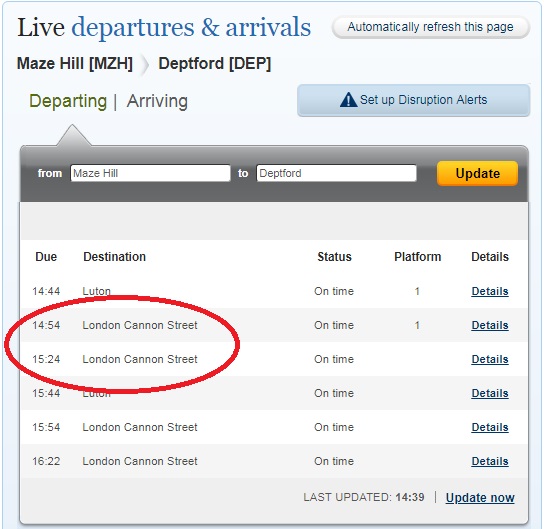 Add to that Thameslink still running just one train an hour instead of two off-peak, a whole five months after the timetable with two trains was introduced and promptly binned, and this is the result.

The thirty minute gap impacts on numerous busy stations with passenger numbers around 1 million a year such as Westcombe Park, Maze Hill and Deptford.

The Southeastern timetable will run for two months. Thameslink have given no definite date of when the planned two train per hour service will be restored.

Gone is the regular, clockface 6 trains per hour. Today there’s a 10 minute gap, 30 minute gap then 20 minutes. In inner London.