Posted by fromthemurkydepths on July 28, 2018 2 Comments

Blackwall Tunnel has been evacuated after a fire inside the northbound tunnel.

TfL traffic cameras show the blaze which has led to traffic build up heading to Blackwall from Greenwich.

Images show many people out of the cars on the approach road: 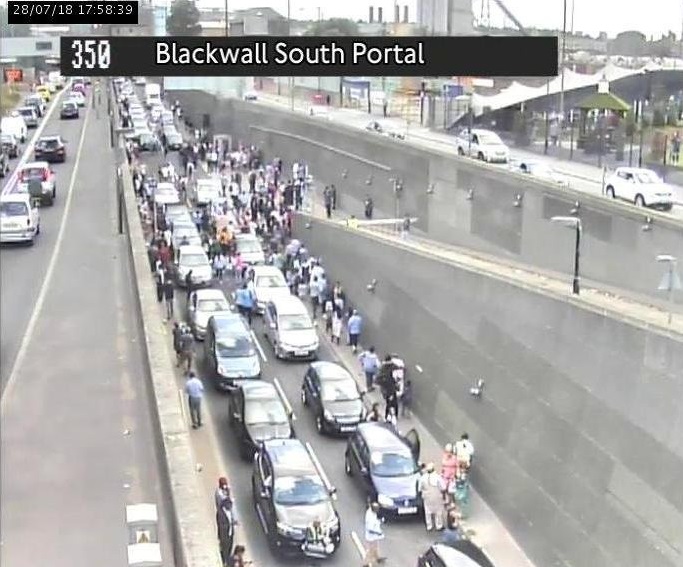 It goes without saying that congestion is building up and avoid the area if possible.