Posted by fromthemurkydepths on November 19, 2017 8 Comments

The next large out-of-town store to open in inner London Charlton is a new Primark branch on 30th November. It will be located in the same retail park at the recently opened Aldi supermarket.

Since Aldi opened some have remarked on an increase in traffic on Bugsby’s Way in Charlton. Primark will add to congestion. Both are some of the most successful brands in the UK and will attract customers from far and wide. 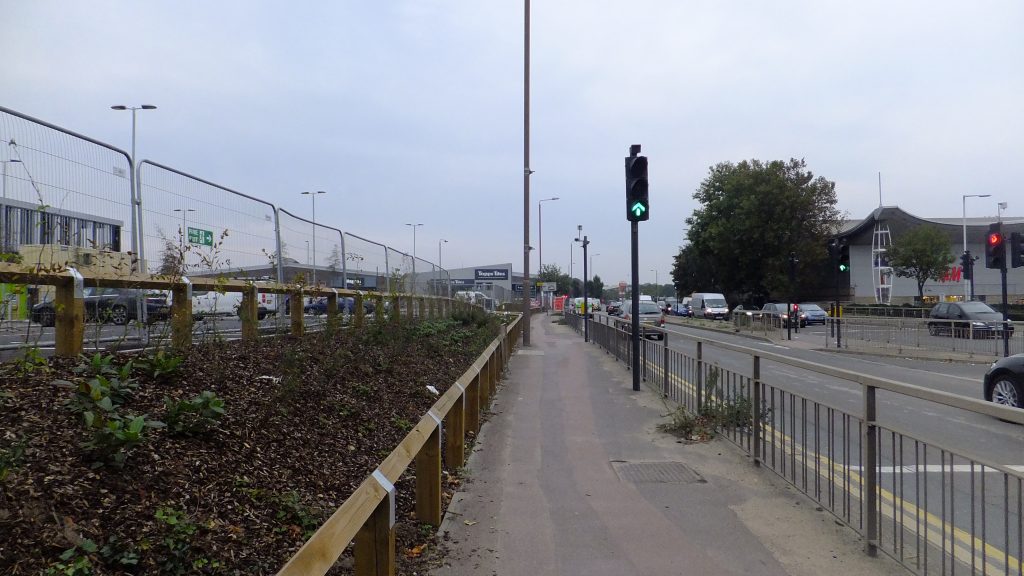 Given getting there by train, bus, bike or on foot is not the most pleasant meaning more cars and traffic. There is still little sign of any improvements in the area earmarked in the Section 106 agreement.

Even with all the work underway and before schemes even open Greenwich planners changed their tune and have been adopting a masterplan stating this:

A bit late now. Work has also begun on the Ikea nearby. Machinery is on site as work gets underway.