Posted by fromthemurkydepths on November 13, 2017 0 Comments

Peabody have selected a design by architects Bisset Adams as the new library for Thamesmead. Five designs in total were in the running. 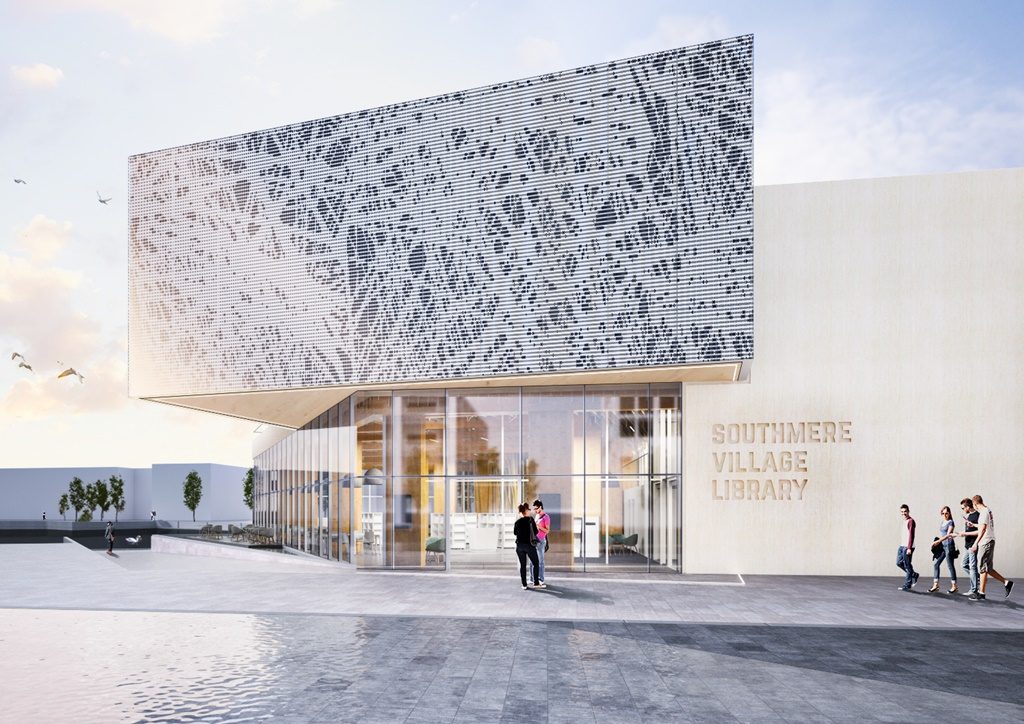 Extensive glazing allows light to flood into the ground floor. Is that extensive concrete-looking element of the facade a nod to the previous site? 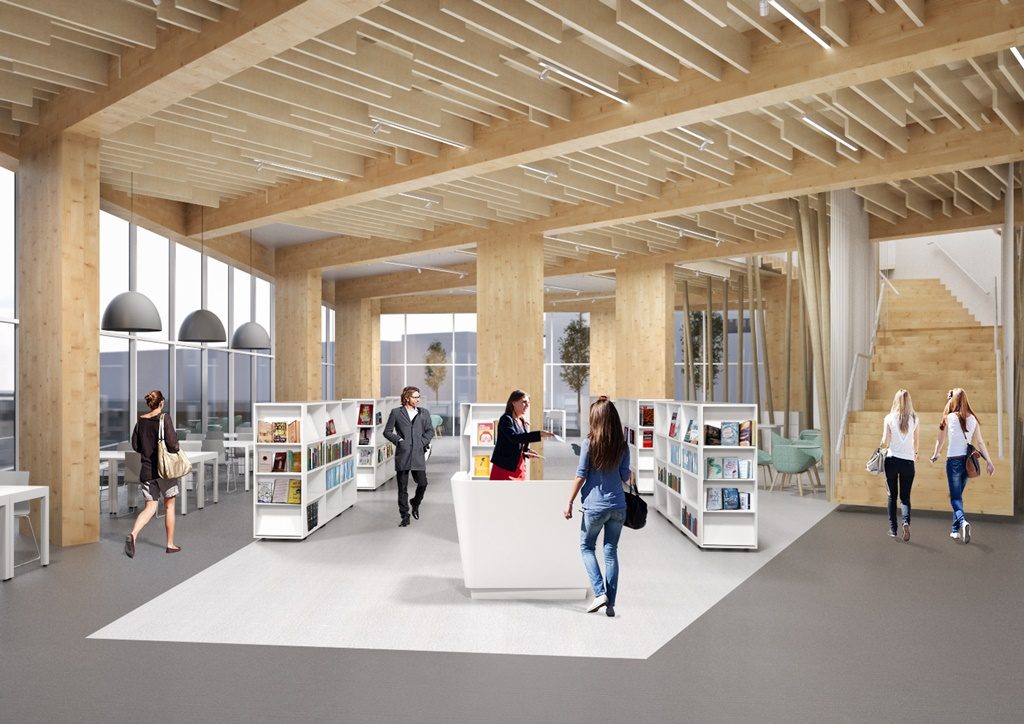 The library will be located beside Southmere lake affording great views and is part of a 525-home development on what was formally Tavy Bridge.

Whilst these announcements are welcome a little more action on the entire scheme would be good. Peabody have continually missed deadlines with the project since taking over Gallions Housing Association almost four years ago. Another six month delay has recently been announced.

That means yet more time with the current portable cabin library located almost under a flyover a fair way from many homes.

Greenwich Council were also planning a library just down the road on their side of the border. No action to proceed has been seen despite £75k being allocated to that project around three years ago coming from the Sainsbury’s Cross Quarter development.

At this rate they’ll lose the money, and questions remain as to why they want to close a library in the middle of a 3000-home estate and move it to the edge of the borough’s border near Peabody’s (and previously Gallions) planned library. That £75,000 could do much elsewhere in the neglected Abbey Wood estate.