Last week I covered how Greenwich planners had blocked plans for a restaurant on Woolwich’s pedestrianised main hopping street. Powis Street isn’t exactly chock full of good places to eat nor much to do in the evenings. One reason given was outside seating.

I took some photos of the area to show what a nonsense that is given there’s plenty of paving. On one side of the planned restaurant location are shops with outside displays: 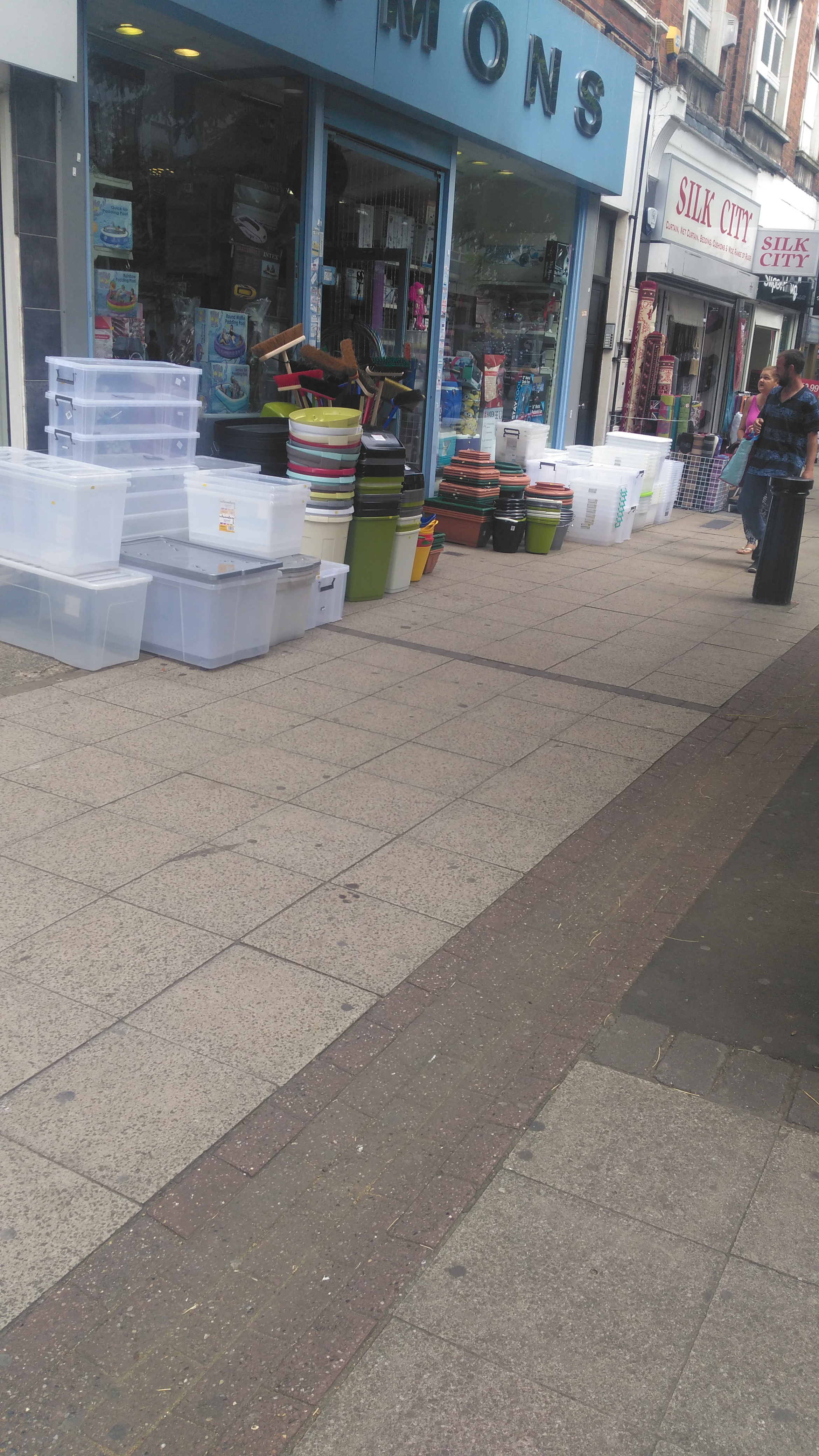 On the other is Starbucks with outside seating: 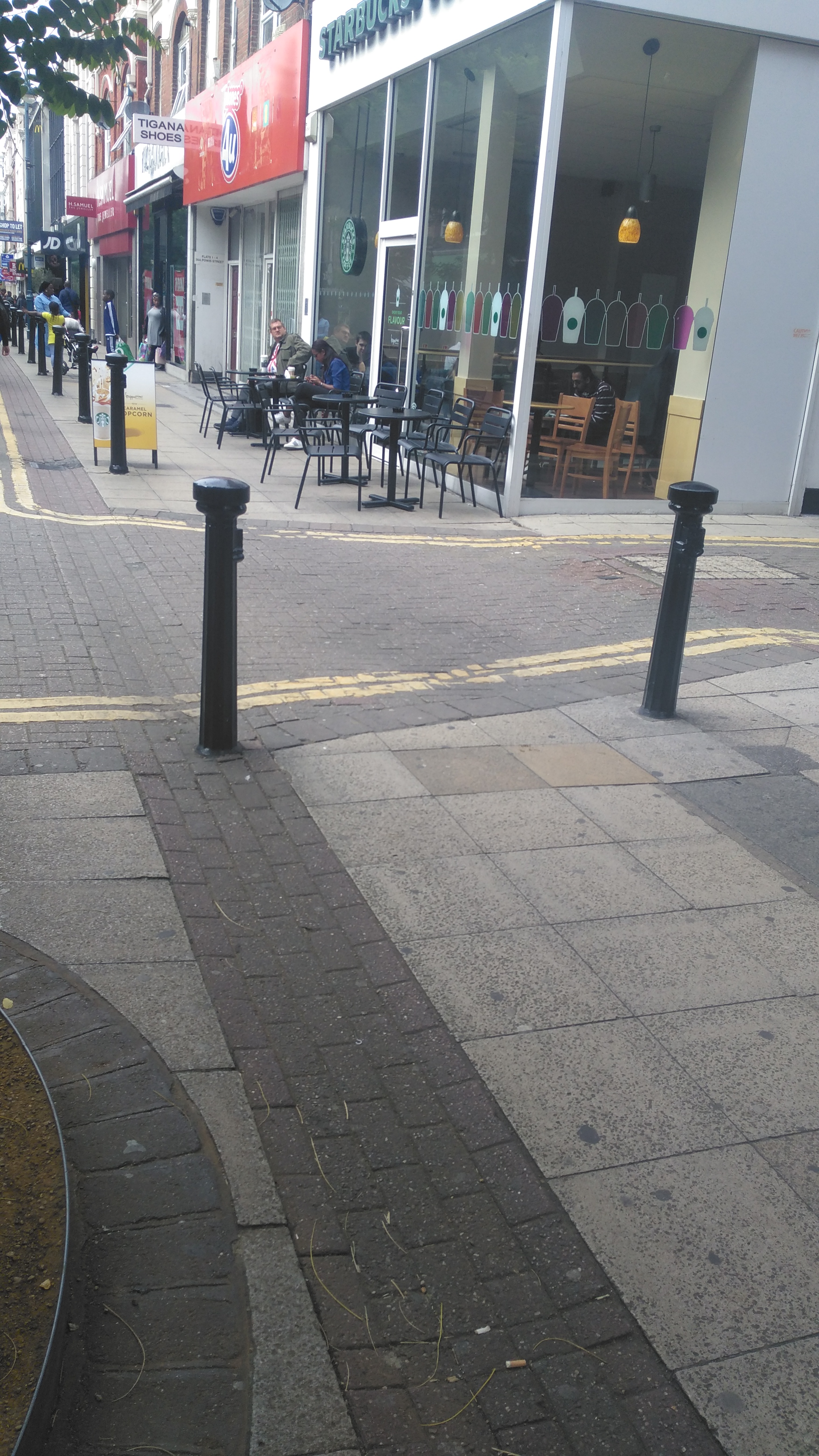 The biggest issue here in relation to impeding pedestrians is Greenwich Council street clutter and obstacles.  Why are there such large raised areas around trees? Reduce these in size to increase walking space. 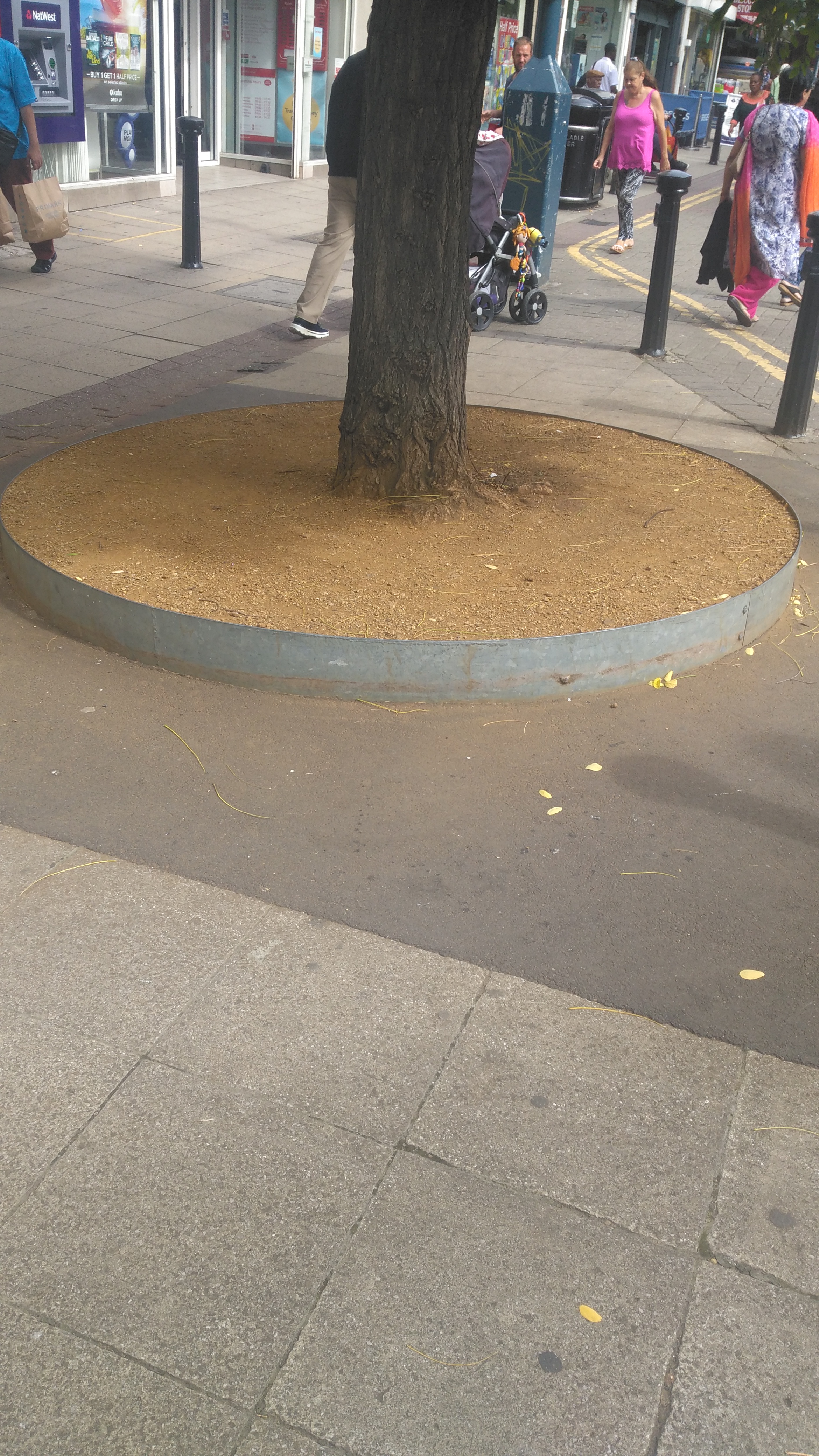 As for the street as a whole, there’s too many obstacles for a pedestrianised street that sees deliveries at very irregular times. Whilst there I saw a cleaning mini truck failing to get by a bollard in the middle of the paving.

Here’s just one example of better design taken a couple of weeks ago in Darlington of all places: 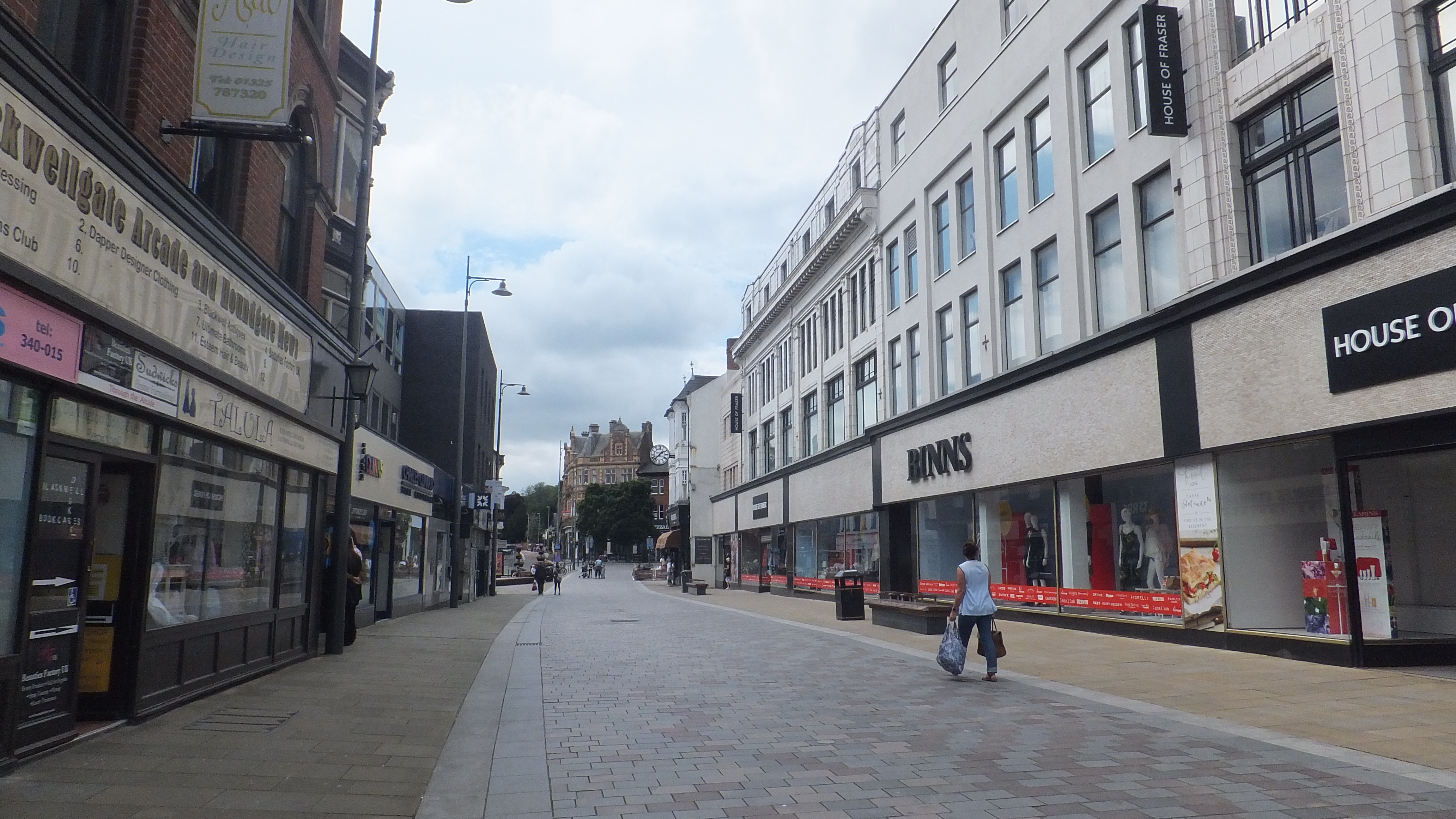 This is used for deliveries and access too, hence the subtle change in paving material, but there’s no unnecessary obstacles. Compare this to Powis Street where Greenwich Highways Department went on a sign and bollard frenzy.

Powis Street could still already easily accommodate a restaurant or cafe with outside seating as things stand now, but this kind of improvement would lessen the clutter Greenwich Highways have installed over the years.

Incidentally, Darlington was another of those towns that are visited with limited expectations (probably unfairly) and end up being really quite nice, with good modern design on show in many areas. Here’s Hull too: 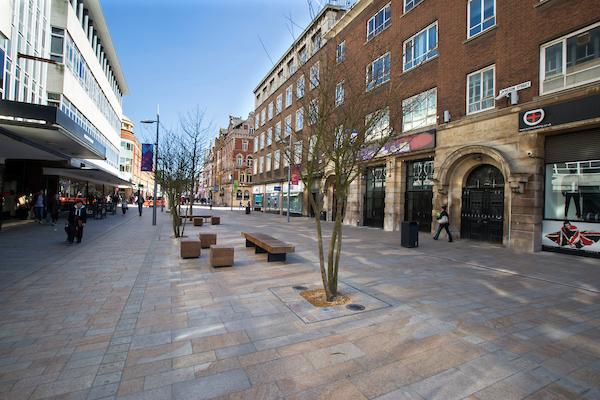 There’s great design everywhere in the UK which can act as inspiration.

EDIT: The plan has been re-submitted. Click here and search for 17/2403/F to comment on the application. 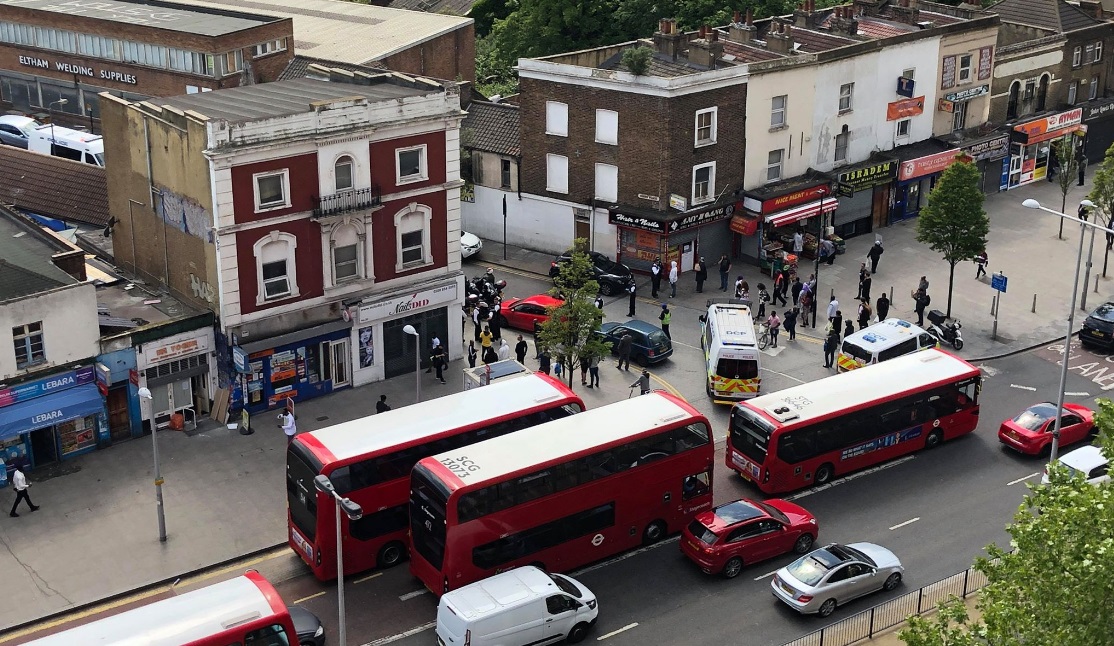 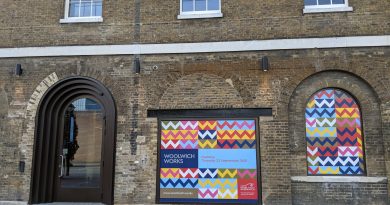