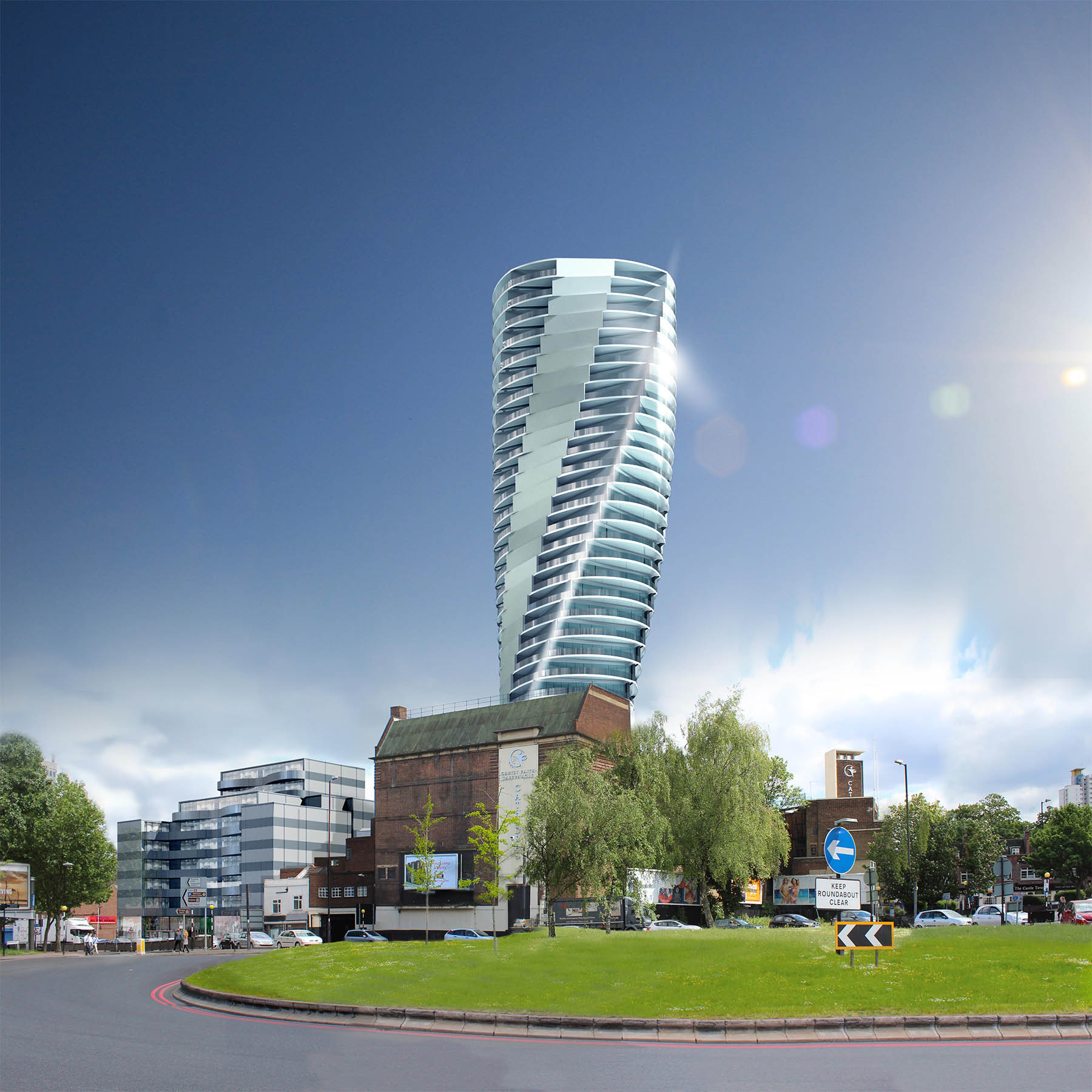 Back in 2016 developer United Living submitted a Screening Opinion to Greenwich Council planners for a large site in Woolwich at Mortgramit Square. A 24-storey tower was part of the plan along with 250-300 homes. For those that aren’t aware of the site, it comprises some very characterful backstreets and alleys behind the former Co-Op and Furlongs Car Garage, with frontages facing onto Powis Street and Woolwich High Street. This parade of shops will go:

Being a pre-application submission, there were no visual renders available to see how the plans might look. I’ve since found these renders from architects MDR.

The tower is an interesting design. The vast majority of designs in London are boxes and variants thereof. It’s good to see something else, but is this the right spot? I can see much concern seeing as t two listed art deco former cinemas are very near, and does this image suggest they will go for a taller design?

A concern with these designs, which are by no means finalised, is the low-rise block facing Woolwich High Street facing the Waterfront. It all looks a bit too similar at either end to a bunch of portacabins stacked together, and in shades of dull grey too. Brick cladding would work better, being beside the listed former Granada Cinema. The existing Furlongs Garage site has some wonderful early 20th Century brickwork.

These plans are far from final however. Here’s an alternative tower plan also seen on the architect’s site.