Here’s the first look at plans by Meyer Homes to build a 27-storey tower in front of Tesco’s Woolwich superstore alongside 600 homes behind the superstore in three very large, slab-like blocks.

The tower looks better than Tesco’s previous effort, as seen below:

It would be fine at say, Greenwich Peninsula, and the design is much better than the dross proposed in Abbey Wood. But this raises all sorts of questions. Is this the right spot for 27-storeys?

Despite Greenwich Council approving a tower back in 2007, that approval has now elapsed and a masterplan consultation in 2016 suggested no more than 15-storeys at this spot to protect local heritage buildings such as the Town Hall.

Here’s an image from the Thomas Street masterplan consultation in 2015, which was maintained in subsequent drafts in 2016, showing proposed building heights:

Here’s those heights shown in an example with 3d modelling:

Still tall but capped at 15-storeys, though this is bulkier than the new Woolwich proposal but is just an example. One reason given for a cap was to protect the Town Hall and listed buildings.

Here’s indicative heights seen in the 2016 consultation for the rear of the site:

This came after previous plans were refused in 2015. This is how they looked:

The above render shows the scale of these plans after a little zooming in, and reveals how it’ll loom over many homes as well as council offices. Those living in homes above Tesco will fight this as will others in listed mews to the south who campaigned against the last plans.

With Greenwich Council also facing very unhappy residents at the Arsenal site due to revised Berkeley Homes’ plan for a slab-like bloc overlooking existing homes (now approved) do Councillors want fights on so many fronts? The Arsenal block was not on previous masterplans and came about after plans to demolish a Grade II listed building.

A local blog writer who stumbled upon a cosy meet-up between a senior Greenwich Council planner, Berkeley Homes’ Regional Chairman and the chief Greater London Authority planner has added fuel to the fire.

With Labour doing terribly in national opinion polls, trailing the Tories by up to 20 points and seeing poor results in many local by-elections, the local party will not want more controversy. They’ve seen votes drain away to the Lib Dems in huge swings in some local elections.

The Woolwich Riverside ward may have been solid Labour for years, but expensive new flats and the arrival of Crossrail is changing the make-up of the place. Couple that to pretty dire national picture and losing those local elections in places and a cocktail of trouble could be coming. Labour Councillors will be nervous about the next council elections, due in just over a year. Pissing off a few hundred more people won’t help.

There’s already a build-up of frustration at such poor long term maintenance and neglect in the borough, long pre-dating local authority cuts, and Greenwich are more insulated than most due to the large amount of developer income to mitigate issues, not that much at all has gone into improving areas.

Labour MPs locally are generally good. Teresa Pearce is excellent, but many councillors are poor. Too complacent? many are living in the past and do not engage on facebook, Twitter use websites and blogs to get the word out. not all, but many.

And some have again gone quiet about the state of Plumstead. Is this wise with a little over a year until an election? When figures come out showing council’s like Ealing (also Labour) issued 4,000 fines for flytipping since last April whilst Greenwich Council only issued 115, something’s wrong. Here’s a screengrab from a recent Greenwich council report:

Ealing Council is the west London mirror of Greenwich – Labour controlled and covering zones 2-4. But Ealing are pro-active. Greenwich are seemingly unwilling or unable to act on flytipping and it’s the same in many other areas. Take parking as another. The council is £10 million down on income due to a floundering department that councillors havn’t pulled up.

Over in Greenwich the council’s support of Silvertown Tunnel could cause a backlash, again an area seeing a large influx of new residents.

So this is an interesting litmus test. There’s a party that has ruled for a very long time and now seems stagnant and holding back improvements. One that is struggling nationally and in local elections elsewhere in the country.

Local issues are now creeping up on them. And with previous approval for a tall tower now elapsed and this scheme contradicting a masterplan from 2016 what will they do? 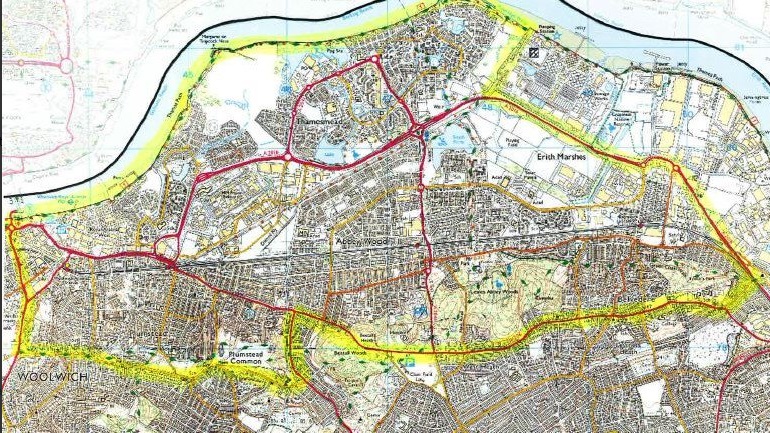 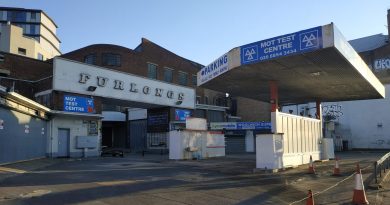