Posted by fromthemurkydepths on August 17, 2016 4 Comments 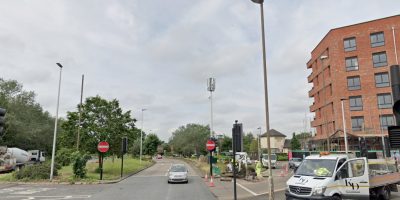 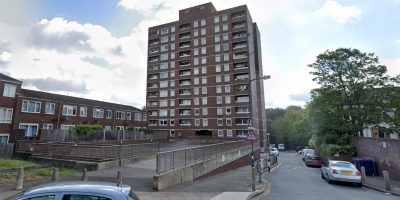 I’ve been asked to promote a new Facebook groups which supports the Ridgeway link. And as it’s a bit unknown though is recently upgraded cousin to its popular east London cousin the Greenway, then why not. Click here to find out more about the Ridgeway group.

As for what the Ridgeway is, well it’s an elevated direct route ranging from Thamesmead to a spot by Plumstead station passing Abbey Wood en route. It sits atop the sewer running to the Crossness Pumping Station, where a new museum happened to open last week. A BBC News report can be seen here.

The track was previously grass which was often overgrown. However, Greenwich Council upgraded their stretch last year and Bexley will shortly do the same. £250k is to be spent on upgrading the remaining stretch of the three and a half mile route on the Bexley side.

On the Greenwich borough side, grass is now gravel and entrances have been made more appealing. I took a walk along it about a year ago and it’s a decent improvement.

This poor quality image shows the new surface and sloped access. It also shows the chronic failure of Greenwich Council departments to maintain public spaces or at times even apparently giving a damn. As ever, broken fences, barely any landscape maintenance and poor quality street furniture were all in evidence.

Apparently the unpainted steel fence was supposed to be removed but it never happened. If it did go and the weeds and bushes cut back, plus an attractive fence installed, then this would be a whole lot more appealing. Even painting it so it doesn’t look like it’s a cast-off from nearby Belmarsh would help. Except even Belmarsh is more appealing.

Though some of the improvements are very welcome the quality of the environment is still far behind what is happening in other places. For example, this post by Deptford Dame shows a just-opened cycle link in Deptford that Lewisham Council secured using developer contributions. It’s a night and day difference in quality and appeal.

Where work really needs to happen is at the Plumstead end. The route ends close to the station yet reaching it is far from pleasant. It’ll put many off. However, that could change with £3 million pounds to be spent, possibly in spring 2017, on the area by Plumstead station, though links to the Ridgeway may not be part of this scheme.

Where it should be, however, is upgrades brought about by the 930 home Peabody scheme by the bus garage. If that is ever to become a successful development then links to Plumstead station must be vastly improved. And those links pass the Ridgeway.

Some separate work on improving the Plumstead station area is just beginning for which Greenwich Council are to be praised. After so much neglect some work is finally happening as part of a £1.2 million road upgrade scheme, though this does little for the Ridgeway.

So if it’s improved and appeals the Ridgeway will hopefully be a crucial link for Thamesmead residents to reach nearby Southeastern and Crossrail stations. Many would ideally take a bus to Abbey Wood but congestion continues to increase on the approaches to Abbey Wood station, and plans for 1500 homes by Peabody and a 29-storey tower in Abbey Wood – just increased from 27-storeys – will not help.

There’s still no confirmation that the main route to Abbey Wood station from Thamesmead, Harrow Manorway, will be upgraded with a continuous bus lane. Without that, buses will be very slow, and the Ridgeway at least provides an alternative route to stations.