Lesnes Abbey is a bit of an undiscovered gem in south east London. It’s been a great place to visit for years, but now the Abbey ruins and adjacent woodland which gave Abbey Wood its name is seeing £4.2 million of lottery cash upgrading the area. Work is scheduled to complete by August 2016. Bexley is Bonkers has covered the somewhat torturous progress so far. 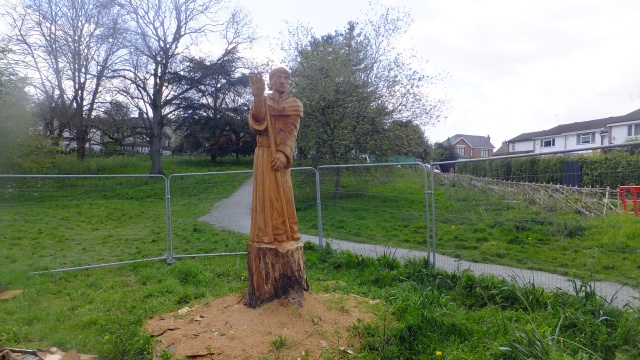 Despite growing up in Abbey Wood, I oddly never really ventured to the grounds. Not many people I know did. We would generally go to Plumstead Gardens or Abbey Wood Park. Both of which have sadly been neglected a fair bit by Greenwich Council since the ’90s. But the Lesnes Abbey grounds were always well maintained up until the beginning of this work, and the removal of some landscaped parts of the grounds have not pleased all. Hopefully when complete the work will have been worth it. There’s a fair few changes.

One of the most notable new additions is a ‘monk’s garden‘ that’s going in beside a new visitor’s centre. The improvement work did look impressive and will hopefully draw more locals to the site, plus people from further afield. Crossrail will probably help in that regard, as it’s just a couple of minutes walk from Abbey Wood station. 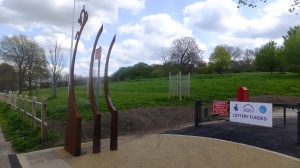 A grander entrance has been installed facing Abbey Road. It’s a shame no at-grade crossing is to be installed outside here.

Instead, for some it will mean using the bridge. An incongruous piece of Thamesmead’s 1970’s estate stretches out to this area in the form of the aforementioned bridge and elevated walkways, heading a fair way away from the iconic houses and flats and into the site. 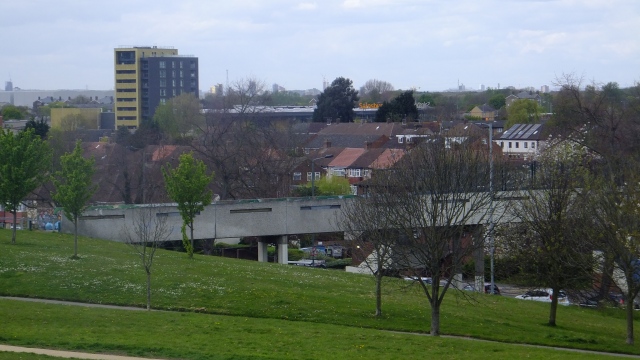 I admire just how bold and uncompromising the structure appears in its surroundings, particularly the section closest to the Abbey grounds on the stretch above and around Abbey Road. A taste of the future, circa 1970, leading up to an 12th Century ruin. It’s a lingering remnant of the idea that elevated walkways would stretch for miles in all directions, separating pedestrian from cars.

Only a fraction of what was intended to be built was installed, and now the vast majority has gone or is gated off and doomed to imminent demolition. The concrete at this far outpost of Thamesmead’s walkway network is though in poor shape: 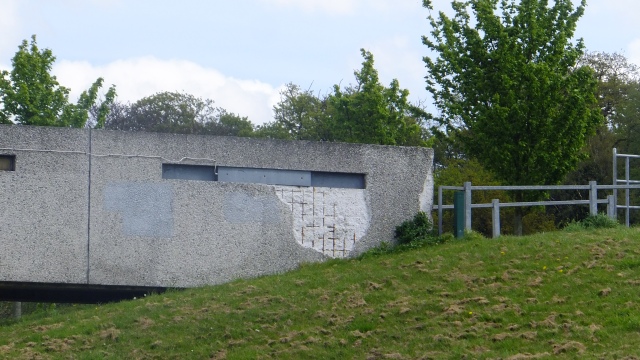 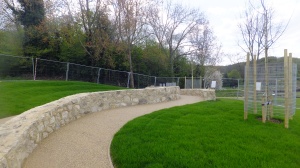 A viewing area has also been constructed and looked pretty much complete, and the site does offer good vantage spots across London comprising Thamesmead’s retro-futuristic estate, Victorian terraces, conventional post-war buildings plus the skylines of Canary Wharf and central London.

Beside the ruins and gardens are a number of paths leading into the woodlands. At this time of year a carpet of blue is present with numerous bluebells lining the ground. A newlt created wood carving is also visible here: 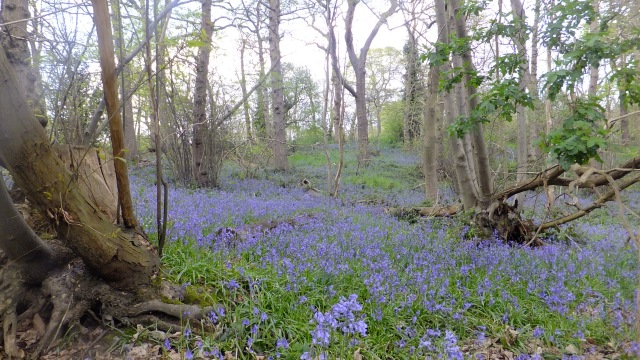 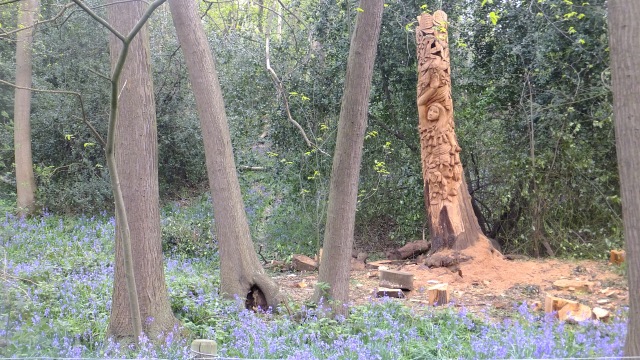 The woodland paths, part of the green chain walk, stretch off for miles. A number of events occur at the Abbey grounds with details here.

I’d definitely recommend a visit, even before it’s complete in August. A large amount of the site is now accessible and of course there’s the extensive woodlands. Plus, the bluebells wont last too much longer. Though check the trains beforehand as Crossrail weekend closures are common.

Plus, don’t expect much in the way of places to eat in Abbey Wood en route from the station. There’s a greasy spoon which is ok, a refurbished pub (the Abbey Arms by the station) which I havn’t visited though they appear to be trying hard, and some takeaways. More decent restaurants can’t come soon enough and hopefully Crossrail is the trigger.

And of course the walk to the site is through the grotty old shopping parade by the station. Still no sign of upgraded shopfronts as part of the £300k funding bid (£100k+ already gone on consultants and fees) but what is usually visible are people hanging around  the bookies often causing hassle. God knows what visitors will make of it, particularly the tourists at the tourist camp site hidden in the woods (108 pitches and very busy in peak spring and summer season).

To their credit, Greenwich Council have put in more cash from the HILL’s project to upgrade the street, but it’s still far from enough; £450k is not going to fix it. Lobbying Peabody for greater investment in this area, or bidding for additional and substantial outside funds is what it needs. Plus, there has to be some effort in cracking down on a number of the people and businesses around there. The bookies are holding the area back but there’s such great potential. 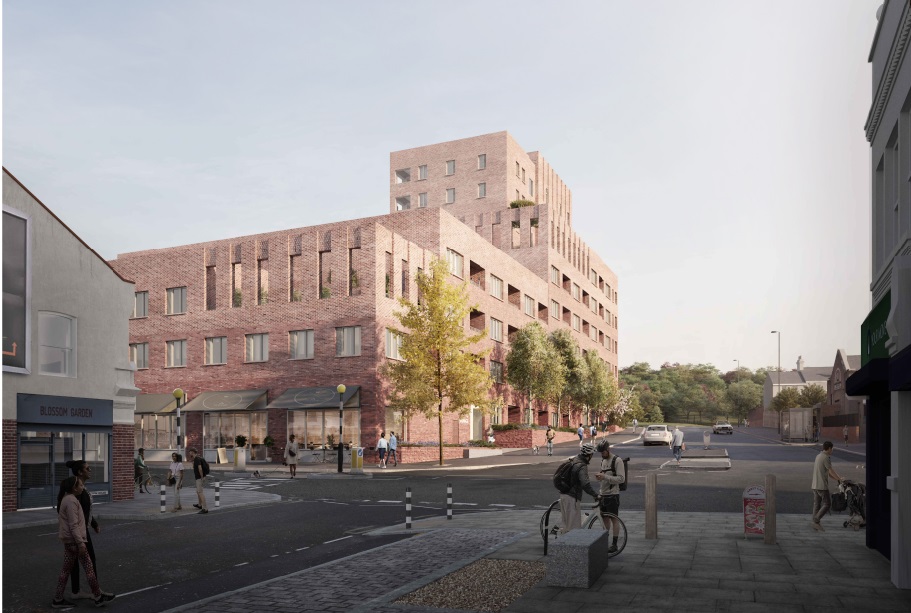 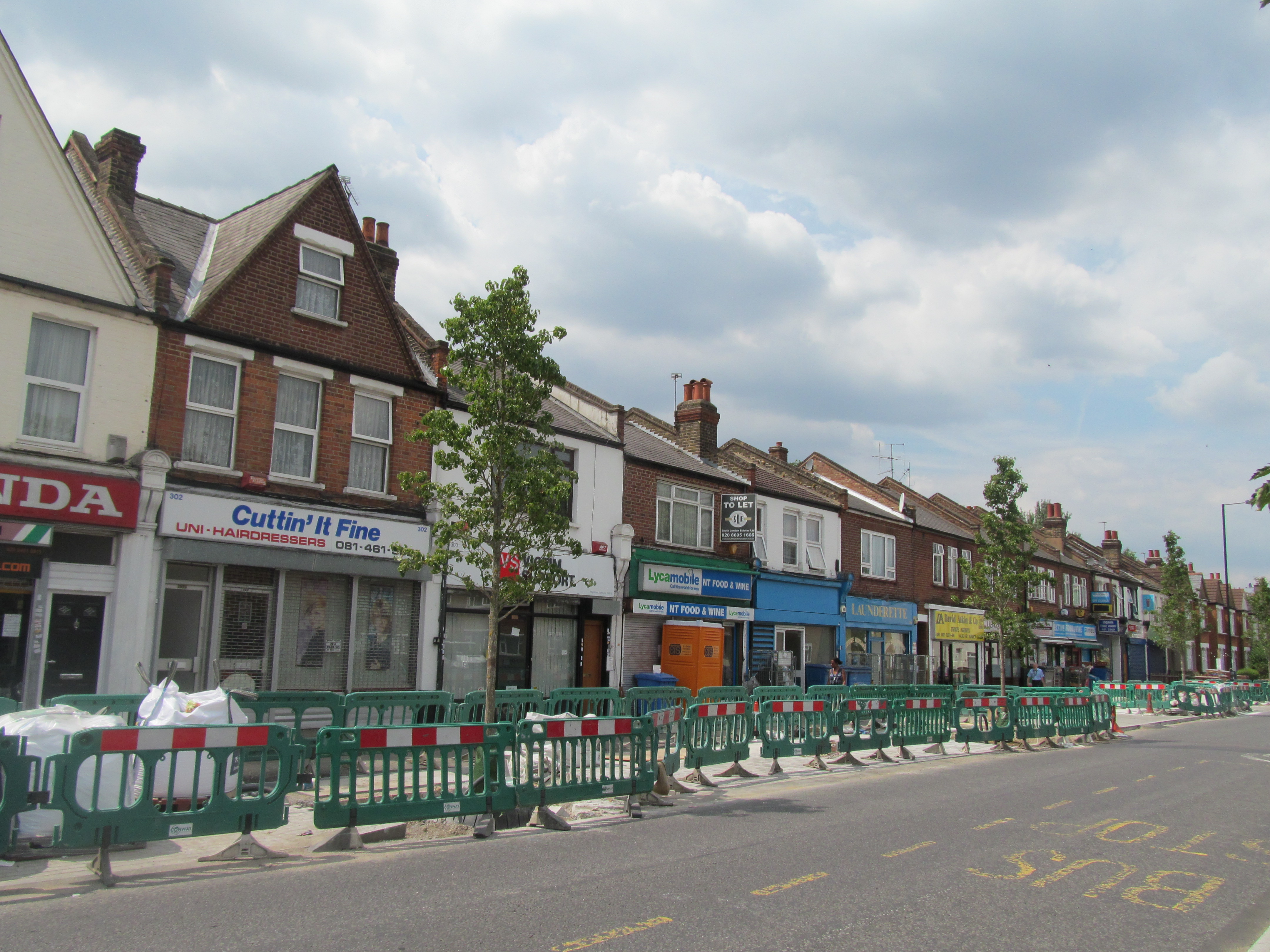