Anyone who has passed through Woolwich recently would have likely seen the towers that are rising along Plumstead Road. These are situated by the future Woolwich Crossrail station, and are part of Berkeley Homes’ Royal Arsenal development. Berkeley’s towers are taller than previous stages of development, and offer a glimpse into the height of buildings that Berkeley will be constructing closer to the river in future stages. Crossrail have themselves just put in a separate planning application for more towers alongside. The Crossrail towers will be of a similar height.

Above is the Berkeley buildings. The white outlines to the right of the image are similar towers, in the same scheme, to the tower clearly defined on the left. Below is Crossrail’s scheme, seen in red brick alongside Berkeleys. It will contain 394 flats. 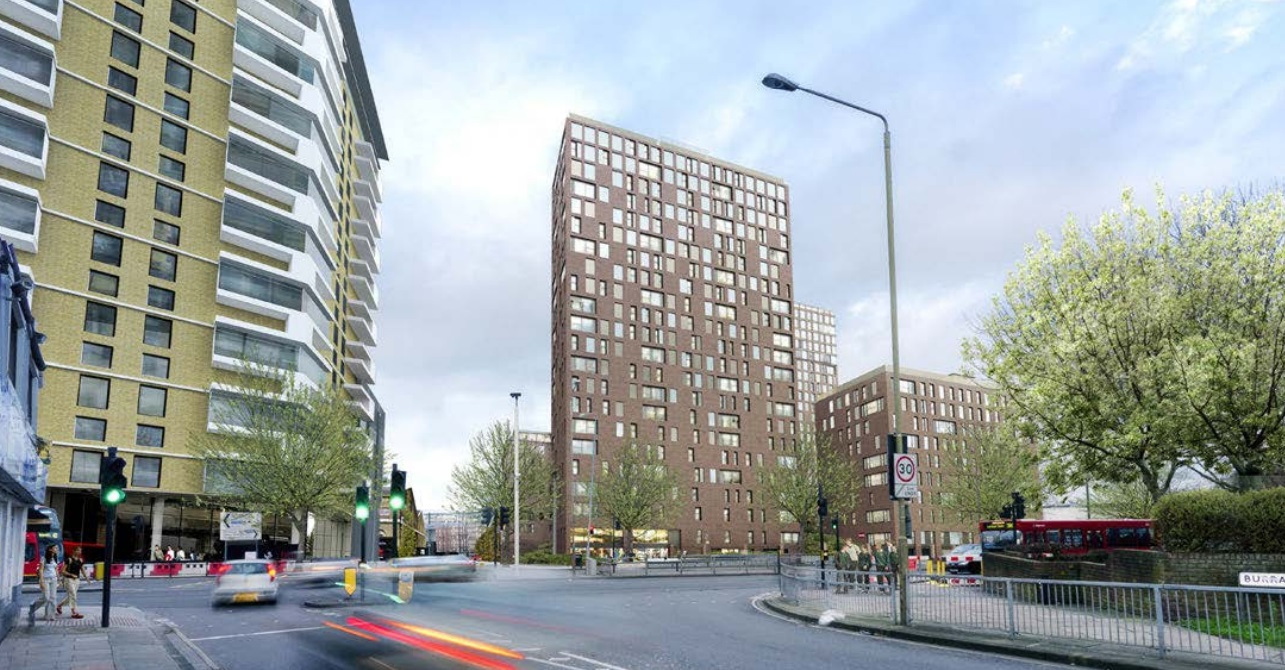 The Berkeley development is on the left with yellow brick and prominent corner balconies. The Crossrail scheme is on the right. A curious design feature is that it appears to have more windows further up on higher floors. Presumably the cheaper flats lower down must make do with less natural light.

I don’t particularly feel too strongly one way or the other about this one. The variation is height, and slight variation in material and colour, will break up the visual impact of this development, which comprises a couple of tall slabs. There’s better types of buildings going up across London but we have also seen a lot worse over the past 10 years. It’s an area where tall buildings are entirely fine. Located directly above a new and major high capacity railway station, it is ideally suited to high density development to help with London’s desperate need for housing. The Berkeley homes development is a similar height, and being located next to a wide road should not lead to the buildings appearing overbearing at street level, providing suitably wide paving is provided alongside Plumstead Road as it appears on the render below. 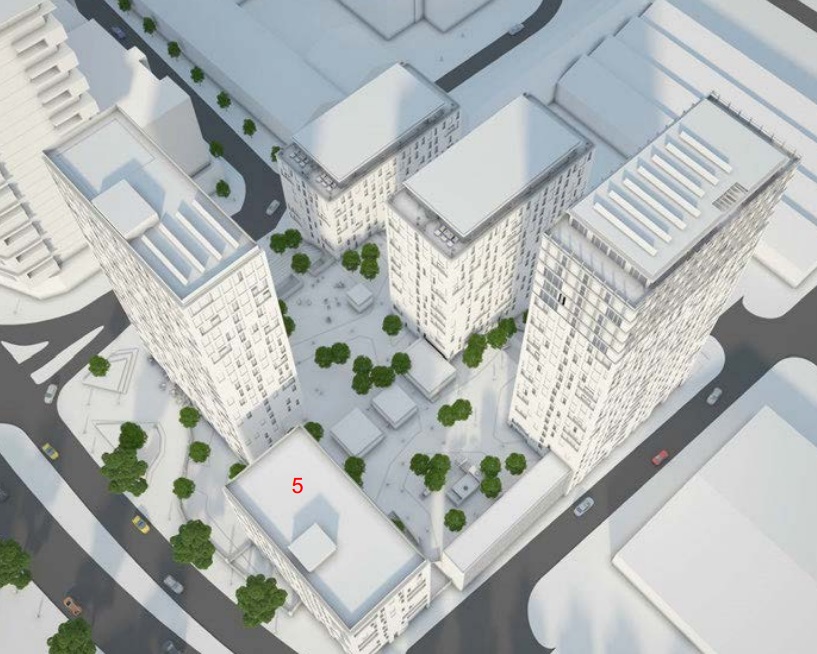 It is intended that the building marked 5 incorporates the affordable housing in the project and has a higher proportion of larger sized units, most of which enjoy a corner location. The area in the middle sits above the station and will a private area for residents.

The buildings step up and the furthest block seen above will likely be accompanied by further tall buildings stretching along the road in future.

The development will face onto a junction that is a typically ugly example, as can be seen across Greenwich borough, and has been shown little attention or care by the council.

However there is hope for this to change. In the council’s Local Implementaion Plan document there are for some potential future funding bids to improve Plumstead Road. The document states –

“Woolwich Crossrail station and the A206 corridor – In addition to major scheme bids for town centre improvements we will be looking to secure funding in 2016/17 for design work for delivery of an additional major scheme along the A206 Beresford Street/Plumstead Road corridor for delivery by 2017/18 – ahead of the opening of Crossrail.”

With money from LIP funds from Transport for London a real possibility, coupled with substantial payments from the developer, and also separate Crossrail public realm budgets which the council acknowledges – “It may be that provision could be met from the Crossrail Complimentary Measures funding regime”.

An area by the Royal Arsenal gatehouse (pictured below) was regenerated a couple of years ago, and looks far better with much street clutter removed, and high quality and standardised street furniture.

Maintenance though has been poor in keeping the expensive paving and street furniture clean. Particularly the areas by the shops. Ongoing cleaning and repairs really should be considered and plans adopted to keep things looking good in future years.

Crossrail plans to work with a developer to construct the towers by 2018. By then Greenwich Council will have hopefully extended the streetscape improvements made above to areas all along Plumstead Road and Beresford Street and across Woolwich. With mention of a street design code finally being drawn up this year, hopefully the improvements will also spread far more widely across the borough. 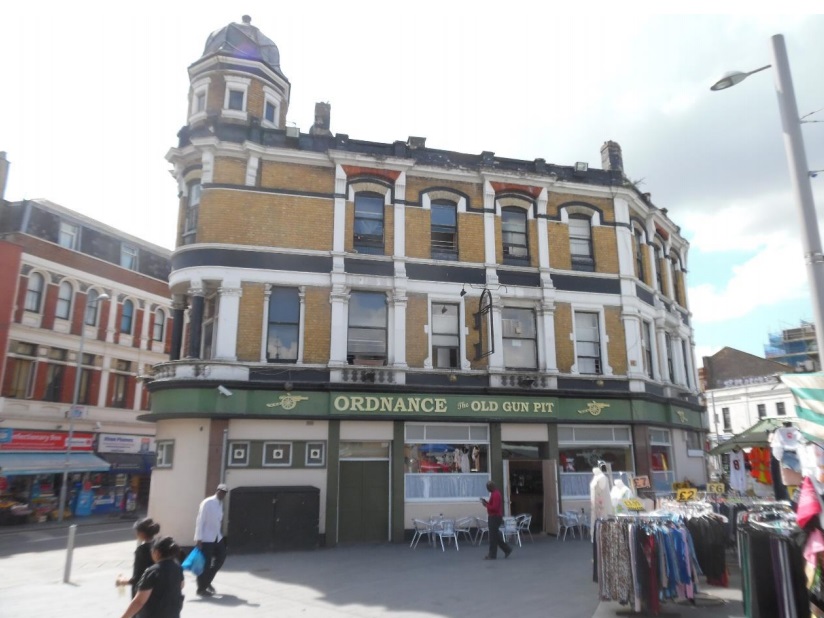 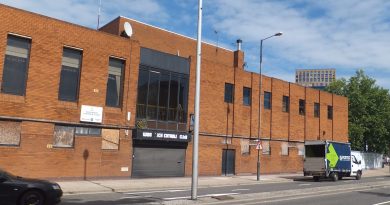 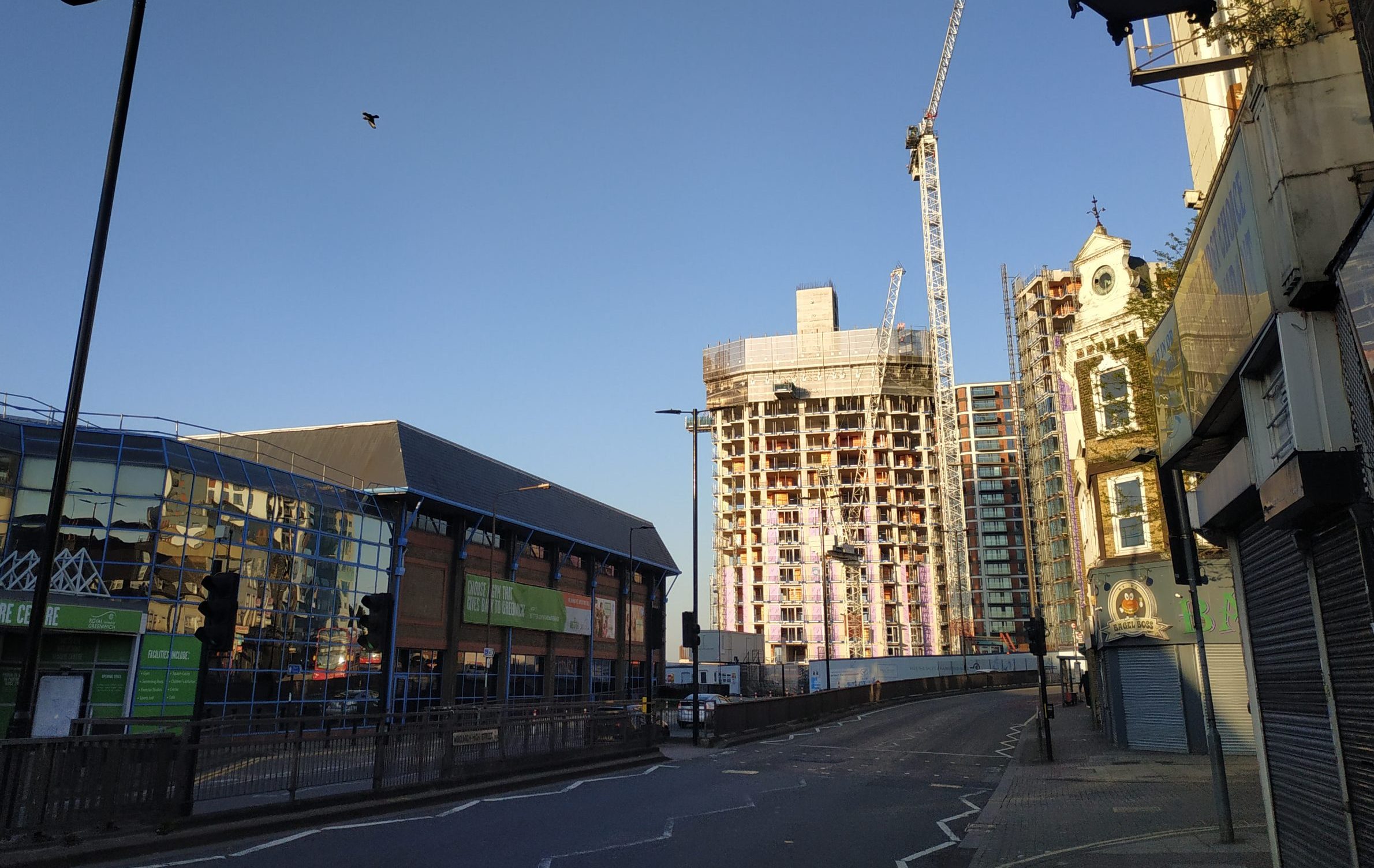 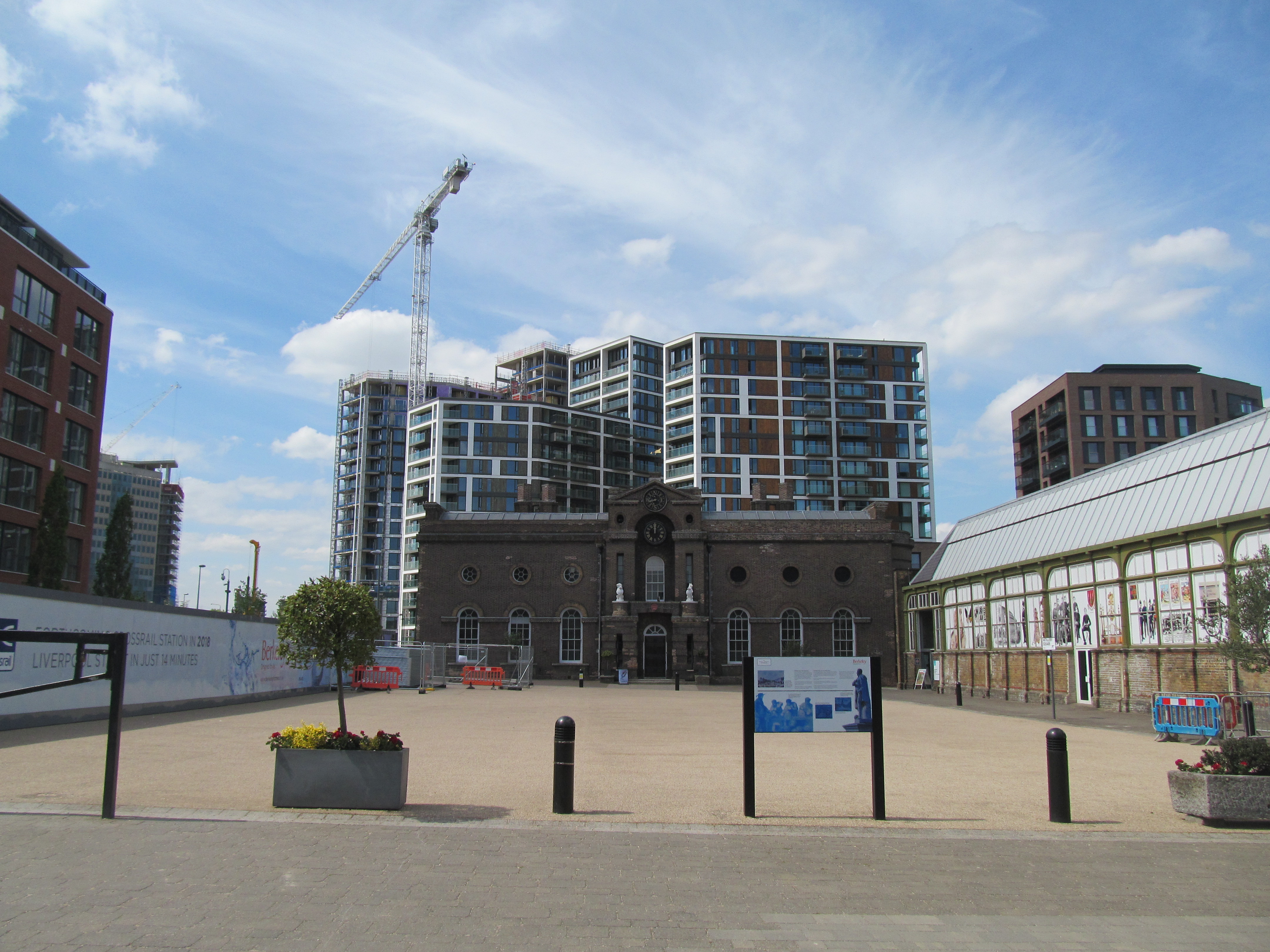