The report from the National Audit Office takes a wide-ranging look at progress since their last report in May 2019.

The headline figure is that cost increases above agreed levels which puts funding in a tight squeeze from mid-2022.

By then, the section from Abbey Wood to Paddington should be operating with opening dates for that section unchanged since last year.

The sections where Crossrail meets lines to Shenfield in the east and Heathrow / Reading in the west is where problems arise as additional funding may be needed.

The report notes issues around the pandemic, though this was far from the biggest cause of cost increases:

“Crossrail Ltd estimated it paused construction activity for nine weeks from 24 March 2020, following the announcement of the first national lockdown.

It estimates that £228 million (15%) of the £1,510 million increase in Crossrail Ltd’s costs since April 2019 is a direct result of social distancing and other COVID-19 factors”.

Despite fewer staff, targets are more likely to be met:

The report states an over ambitious view from management, and complexity of the program due to a number of factors:

“The work to bring the railway into service was made more complex by the high number of contracts, bespoke designs and a lack of standardisation throughout the programme, as well as needing to integrate three different signalling systems with trains”.

The NAO also highlight legal necessities that can cause problems:

“As the central section approaches the start of passenger services, responsibility for completing, maintaining and operating the Elizabeth line is shared between Crossrail Ltd, London Underground, the newly created RfLi, Network Rail, RfL and MTREL. While Crossrail Ltd, London
Underground, RfLi and RfL are all part of TfL, they are legally required to be separate management units with specific responsibilities.

Network Rail and the Department, working with TfL, are responsible for integrating Elizabeth line services into the national rail network. We often see programmes have problems when roles and responsibilities change, and when they are shared between different bodies”.

One major milestone this spring was the commencement of trial running. The report notes this was on target generally though “is six weeks behind the ‘best case’ target date, but is still within the range of dates as set out in the revised August 2020 schedule.”

A software update needed for trial operations – which succeeds trial running and includes volunteers on trains, is running late:

“In addition, an important software update to the train signalling and control systems, which is necessary to start the next phase of operational testing, trial operations, is likely to be delayed by between three and eight weeks.”.

Stations continue to be handed over to TfL from contractors, with Woolwich passing over to TfL in recent weeks and Liverpool Street this week.

Some vast increases at certain stations are covered in the report. Whitechapel costs increased from £110m to £831m. Paddington from £147m to £649m.

While central Government and TfL have traded blows over delays, the project was a joint scheme for most of the past decade. As the report states: “The Department for Transport (the Department) and TfL have jointly sponsored (the sponsors), overseen and funded the Crossrail programme.9 The sponsors set up Crossrail Ltd to deliver the programme”.

The vast majority of delays and cost overruns occurred under joint control. It was only in October 2020 that TfL took over greater control of Crossrail. 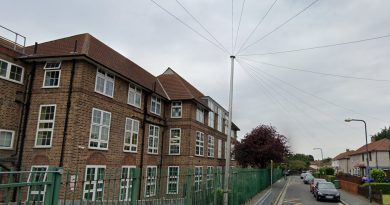