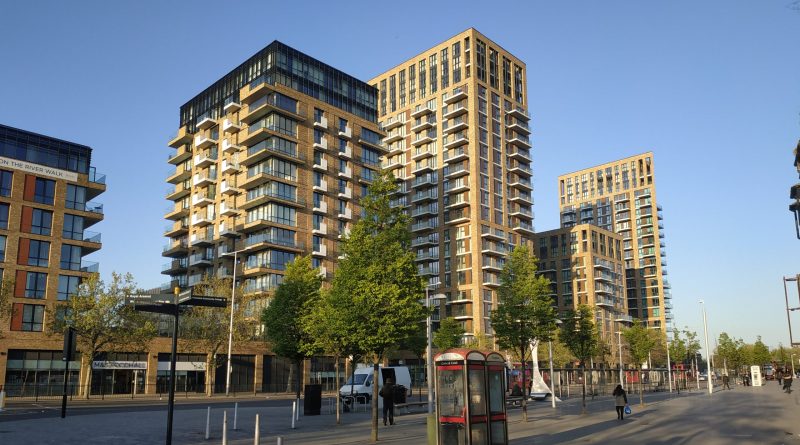 Plans have been submitted to repair balconies at two towers in Woolwich after balcony cladding was found to be unsafe.

These are two Berkeley Homes blocks at the Royal Arsenal site, located above Marks & Spencer which is now covered in scaffolding.

A safety audit by Arup reveals “The investigation has advised against a like-for-like replacement due to serious safety concerns about the existing system.

A study looked at four alternative brick cladding and found none were suitable for balconies.

The planning application notes: “Following recent inspections of the existing brick slip cladding material attached to a number of the external balconies of Cadet House and Naval House, it has been confirmed this cladding approach has failed to attach to the external edge of the balconies and needs to be replaced”.

The buildings were completed in 2017.

Instead, aluminium panels will now be installed.

For now, the base of some buildings are covered in scaffolding to protect pedestrians from falling debris.

Flammable cladding has been much covered in the news since Grenfell, but will cladding falling off buildings be the next big issue?

In recent months I covered failures in a number of areas at a tower in Deptford barely two years old:

That too has seen scaffolding erected to prevent debris hitting people.

Questions will again be raised about safety standards and sufficient testing of materials used by developers across the country.

It’ll also be interesting to see who foots the bill, given the ongoing issues over flammable cladding.

Planning documents related to this issue can be seen here. 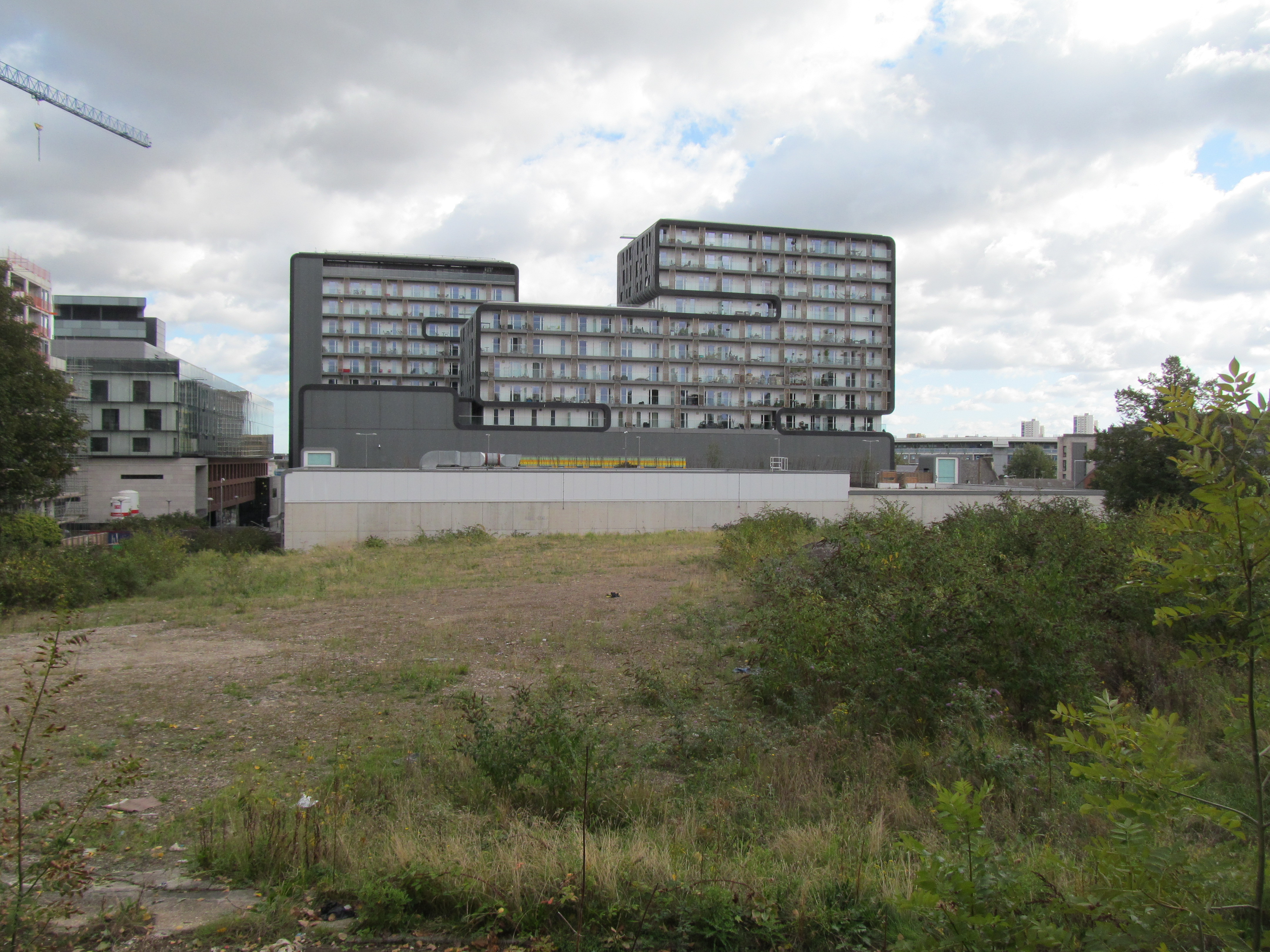 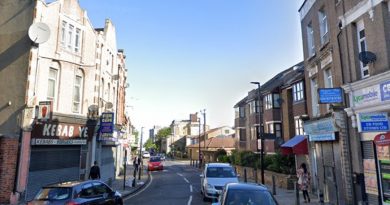