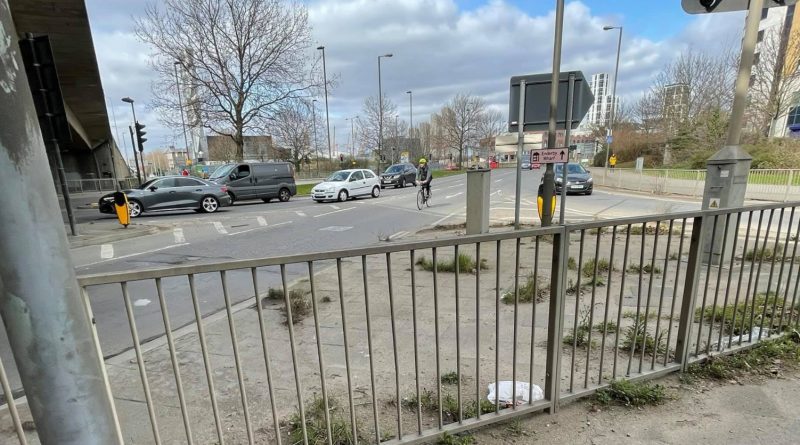 A number of Greenwich residents have come together to clean up paths and open spaces along Blackwall Lane linking Greenwich peninsula and east Greenwich.

Local people have taken it upon themselves to set up the Blackwall Bridge Community Garden project to clear away overgrown areas, and are planning to meet tomorrow (28 March) at 11am to undertake more work. 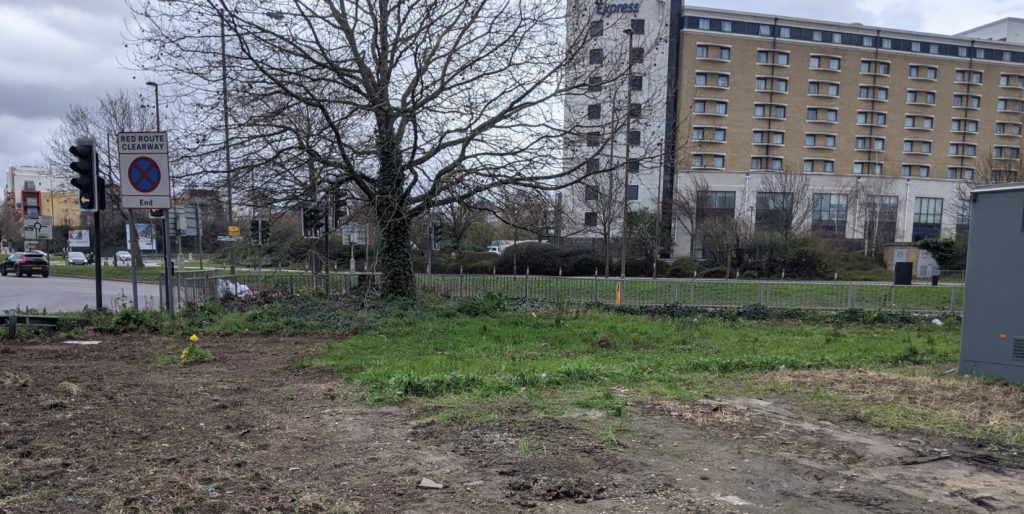 As long term readers of this site will know, I’ve long argued this area needed a lot more attention from authorities. With millions flowing in from major housing projects in the area, emphasis on improving pedestrian and cycling links have been overlooked. A new hotel is also due to open in the area this summer, and ever more homes are rising either side yet the condition of paths and open spaces does little to encourage active travel. 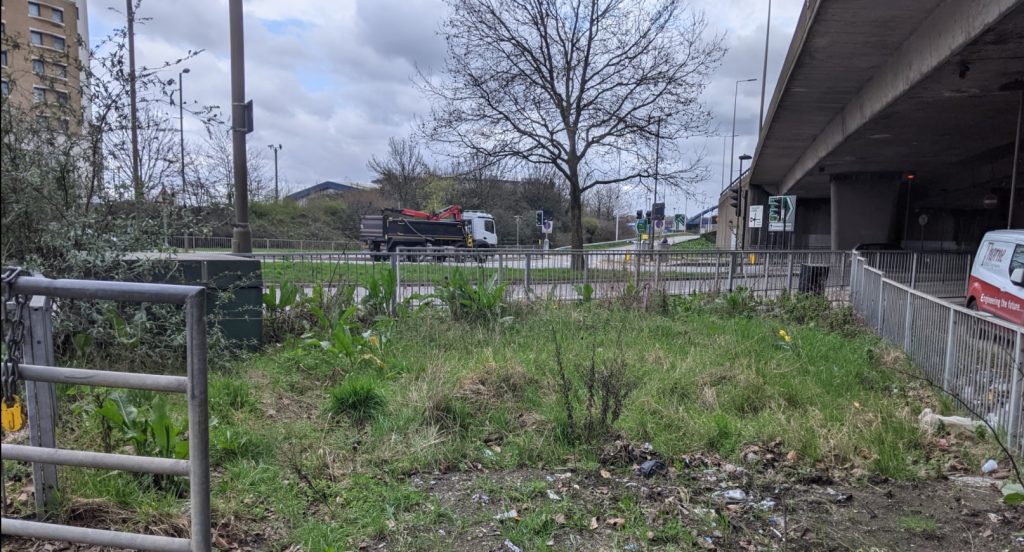 This action by residents is a great initiative and some areas already look better. It will make the area cleaner and more pleasant in the short term though there are limits to what can be achieved. Mid to long term, money for improved lighting, landscaping, murals, artwork and revamped public spaces cost money and they may be able to secure Greenwich Neighbourhood Funds – which is money that an authority must spend in the vicinity of new developments by law after payment from a developer. There is a set amount that developers must pay Greenwich Council per square metre depending on building type:

There isn’t any shortage of income from many new builds in this area of Greenwich. In addition to the legal requirement to spend 15 per cent, there is the rest (after a set amount is spent on Woolwich Crossrail station) which in the most recent available figures, showed £3,494,119.84 was unspent. Much doesn’t even appear to be allocated.

That leaves the issue of land ownership. This map is about the best I’ve seen as to which area is owned by TfL and which is council controlled:

It’s not the best map but I believe it shows Greenwich control Blackwall Lane including paving. TfL control slip roads from the A102 and greenery between. Based on the map, the red line demarcates control:

So not easy then. It’s certainly not an attractive or welcoming link between areas of major growth. Areas under the flyover are not clear on the map.

So if you want to help get along tomorrow at 11am with a few garden tools. You can find the groups Facebook page here. 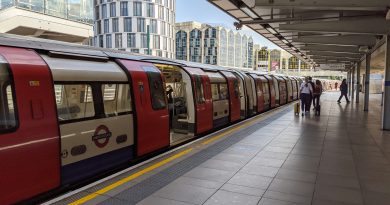 Transport for London finances continue to struggle: Which projects are being progressed and which postponed?