Greenwich Council recently held a regeneration meeting looking at upcoming changes at sites across the borough. Unfortunately no minutes or reports were produced but I watched the entire meeting to see what’s covered. Jackie Weaver was not present – and nor was much in the way or arguments unfortunately. Don’t they know how to get people interested in local democracy?

By the way, I wrote most of this a week post ago but a few things got in the way so only appearing now. The meeting kicked off with talk of Plumstead power station plans. It’s now almost three years since plans were revealed for a market, studio space, nursery and more.

When discussing the power station plans as a hub for small business, Cllr Sarah Merrill (cabinet member for regeneration) stated Greenwich – unlike other boroughs – did not sell the land for housing. I thought that an odd comment as Plumstead Power station is listed, would be expensive to convert and in an area not well suited for housing (being wedged near a sewer bank and rail lines) so it isn’t really feasible regardless.

In terms of small business that could be located on site, Cllr David Gardner stated the council have often focused too low on the types of job coming to the borough and should also show ambition and consider what skilled work is needed. Many skilled workers live in the borough yet travel to other parts of the capital for skilled roles – and not only in the centre.

The meeting then moved onto high streets, town centres and something this site has covered a fair bit; empty commercial units at the base of new build blocks. Cllr Aidan Smith raised a good point about units not being well marketed or cost effective for business or live/work units, and Greenwich should seek good practice elsewhere. Fit out costs are an issue and is it possible for a developer to fund those and levy conditions when planning approved?

He also raised the key point that just what happens in future with work practices is a massive unknown. Too many have proclaimed everything will change for good. Cllr Denise Scott-McDonald stated people want to work from home in response to the pandemic which I’m really not sure about. Many younger people – in particular – living in house shares or very small homes will see home working as impossible or impractical. Sitting on a bed for 10 hours with a laptop perched on your lap isn’t a great life. There’s a real danger that many people who can work comfortably from home do not realise that is not the case for many people. I’ve seen a lot of arguments about this and the voices of people at the bottom is seldom heard.

Cllr Gary Parker spoke of health services moving into High Streets where business has closed. A good point and health services are a way to drive footfall in coming years. We’ve been here before of course with NHS walk-in centres which were closed recently nationwide (including in Woolwich) and the closure of well located and accessible hospitals like in Greenwich.

Cllr Ann Marie Cousins raised a good point about these meetings seeing much talk yet little updates on progress.

There was then talk of Greenwich Council setting up as an energy supplier using ground pumps. One concern here is cost. A major concern at many new homes is being locked into expensive utility contracts.

It was then back onto Plumstead power station and in response to Cllr Charlie Davis asking whether it’ll be a green hub and the topic of accessibility to the site, Cllr Sarah Merrill stated it’s not a borough-wide hub and isn’t local for people in Eltham or Greenwich.

However, it’s not even that accessible to many in Plumstead and the east of the borough. It’s tucked away near a sewer bank next to railways sidings accessible via grotty White Hart Road. A road often filled with scrapped cars. That needs to change and soon if it will work.

One thing that’s telling in Greenwich Council meetings is so little emphasis on how people reach sites and general public realm. Given the talk was on carbon reductions in the meeting, sustainable means of travel is absolutely key. This has a big effect on whether it succeeds or fails.

Another approach to the site is the Ridgeway which has seen investment in recent years.

There has also been empty units and undeveloped land at the nearby White Hart Triangle for two decades now.

Talk moved back onto high streets and Woolwich funding (in December it was revealed that Woolwich is set to see £17.2 million) where Cllr David Gardner raised the importance of people having pride in a place.

This is something I’ve long touched upon on this site. Unfortunately too many areas have a dire reputation which long term neglect has fostered. This ranges from small shopping parades borough-wide to high streets. Sources of funding to improve town hubs have all too often gone elsewhere.

Cllr Gardner also raised the issue of Liveable Streets and the detrimental impact of car-based retail in Charlton upon Woolwich.

He then stated how Greenwich could work closer with Lewisham on various issues, describing it as a “natural fit”. Greenwich traditionally doesn’t work too closely with other boroughs – Labour or Tory and adopts an insular attitude.

Talk moved back to Woolwich where Cllr Denise Scott-McDonald then begun talking about Shoreditch and a dislike for it. I wasn’t sure why that connection was made. Woolwich is not Shoreditch and is not going to become Shoreditch. There’s such differences between them: Zone 4 verses Zone 1. A major nightlife hub versus a town without a single music venue or club. She then spoke about Shoreditch being really unaffordable, which is true, but then Greenwich Council is planning just 27 new council homes as part of a major project including 500 homes and a leisure centre in Woolwich which is hardly helping on that front.

There’s many other town centres doing relatively better than Woolwich outside Zone 1 that should be used for comparisons. What can be learnt there? Improving a town needn’t be synonymous with gentrification and all the things one associates with Shoreditch. It’s a lazy shorthand. A better comparison is to look at Bexleyheath, Bromley, Lewisham, Brixton or Ealing to see what works and doesn’t.

Cllr Gardner then asked about a list of covid support and what business has benefitted. Scott-McDonald stated the fraud department are looking into businesses who are applying for money. Many others have seen support. Cllr Charlie David raised how other boroughs such as Bromley have dedicated funds to assist pubs. Cllr Scott-McDonald stated this would be looked into.

The meeting ended on a positive note with David Gardner highlighting the need to look into how developer income can improve streets and towns across the borough – and how they are looking at good examples across London. Music to my ears of course.

Planned updates in the meeting from GLL on leisure centres did not take place nor did an update on Woolwich Works. Whether Woolwich Works still makes a spring 2021 opening remains to be seen.

You can view the meeting on Youtube by clicking here. 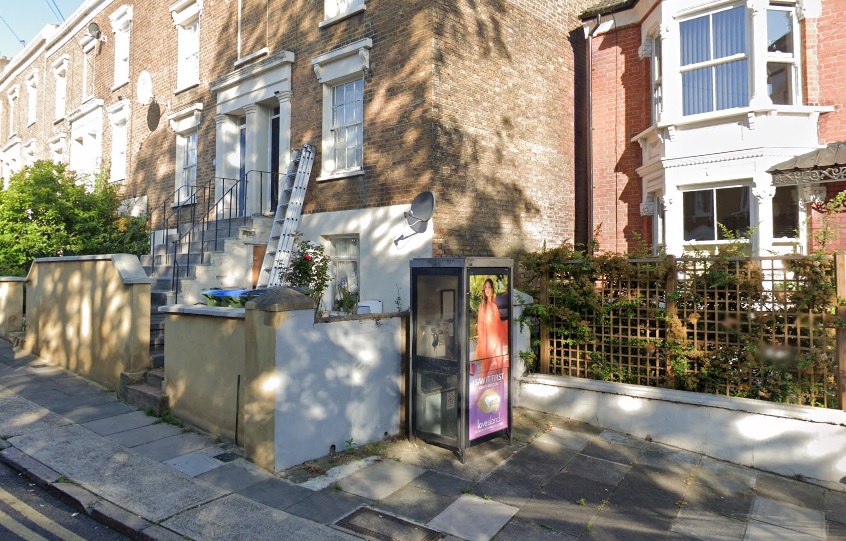