Details on changes to streets in east Greenwich to create Low Traffic Neighbourhoods have been revealed. Two changes will occur south of Trafalgar Road and one to the north near new developments at Enderby Wharf. Locations are:

These plans will be implemented in two days (24th September) and follow on from recently introduced measures in west Greenwich which has seen extra traffic rat running through east Greenwich. Royal Parks also stopped through traffic in Greenwich Park.

The backdrop to all this is a sharp increase in traffic in the area and across the borough from 2016 to 2019 (which I covered this morning) then exacerbated by recent public transport capacity reductions.

Thus these measures are designed to encourage people to ditch cars if able, and walk and cycle short distances freeing up road space for vehicles that need to be on the road. The new cycle lane is a key part.

Car-led planning in the area

Decisions by the authority to encourage large car-oriented retail sheds nearby are now coming back to hurt – as many expected. Over recent years there has been Ikea, Sainsbury’s, Marks & Spencer, Greenwich Retail Park expansion and Brocklebank Retail Park containing Primark, Aldi and Next. Retailers have been leaving Woolwich for car-friendly Charlton. Wilko is the latest.

Even now, not all transport measures planned after Ikea gave Greenwich Council £1.7 million via Section 106 funds are in place, with pedestrian signage still not fully installed. The walk is pretty awful regardless of signs.

And that’s one of the big issues about current changes; some people will object regardless and then there are others who are more pragmatic yet see how a wider, cohesive network needs to be in place. This project in east Greenwich does tie in with West Greenwich but a major gap in links to Greenwich Peninsula from east Greenwich.

Greenwich Council did bid for money from TfL to do this on a limited scale and were rejected. Yet for a decade – at least – they’ve barely invested their own income from Peninsula and east Greenwich developments towards improving those links.

If it had happened, east Greenwich residents would be able to safely walk to the Peninsula (and vice versa) but that is still not possible – and so how many will ditch the car? Some perhaps, but the opportunity should be there for more.

Those heading west will soon be able to connect to Cycle Highway 4 leading all the way to Tower Bridge. 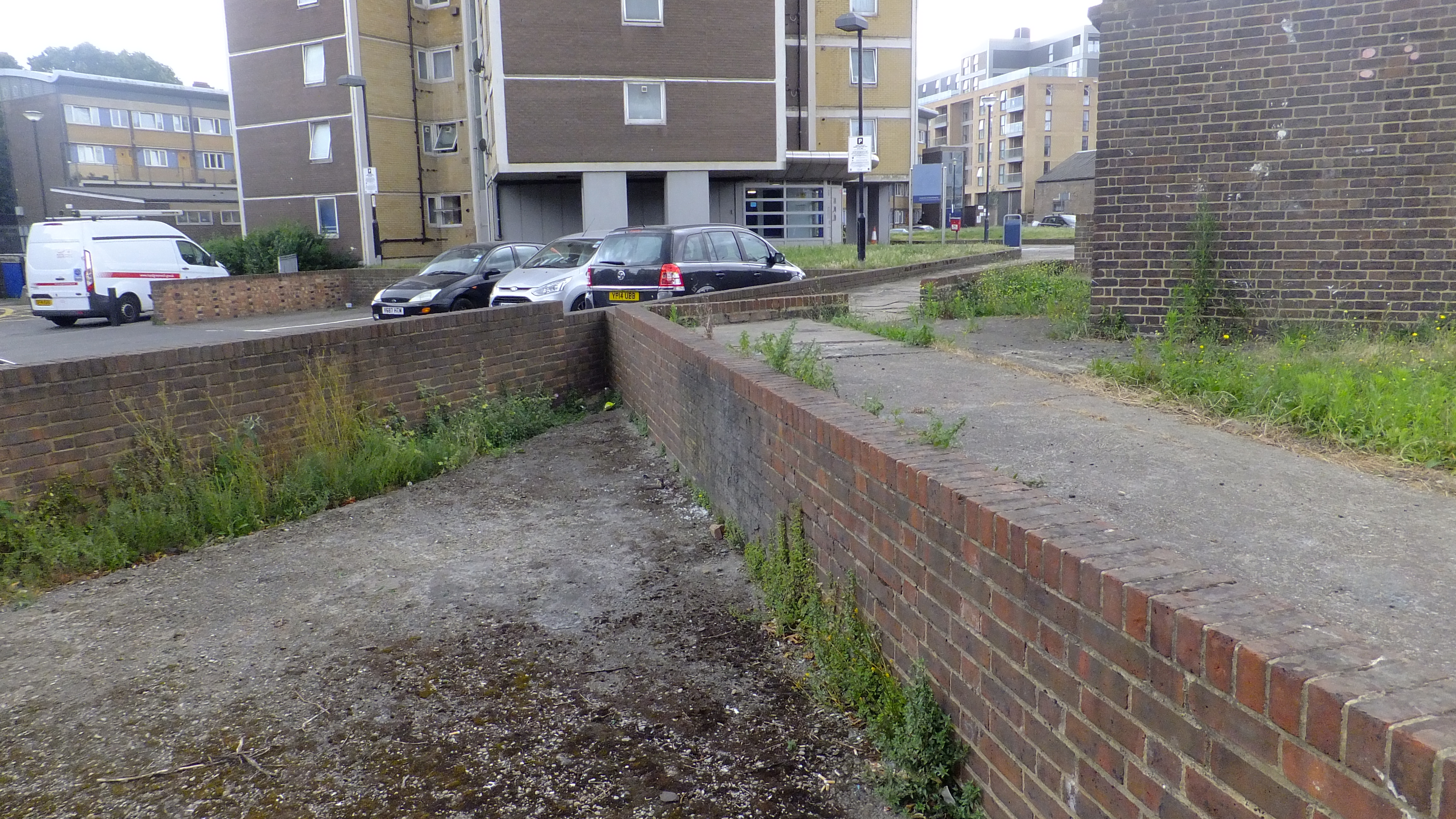