Posted by fromthemurkydepths on May 14, 2020 6 Comments

Good news today as work begins on widening pavements in central Greenwich with guardrails being removed.

Despite no official statement or announcement that I can see, I’ve checked and this work does appear to be for social distancing.

There’s no statement on what exactly it will comprise. It could well be plans announced earlier this week to remove the one-way system though what happens to bus stops is unknown. Or it could simply be widening pavements for now. 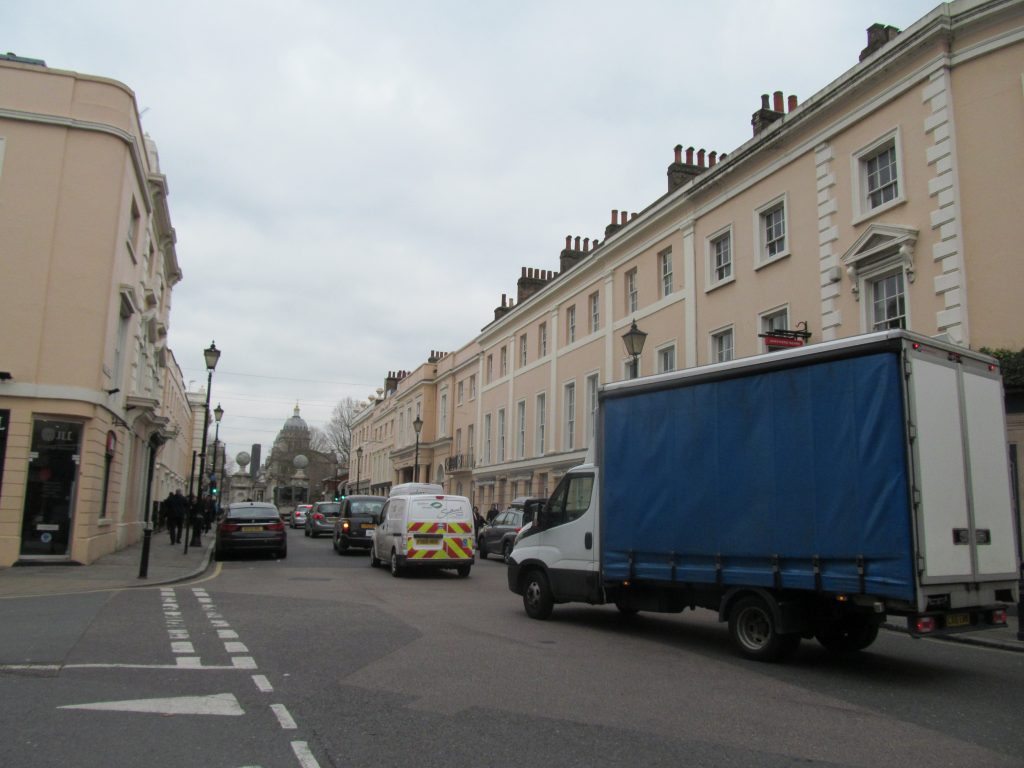 One way system in Greenwich

I’m not sure why Greenwich havn’t announced it yet as it’s good PR but anyway, a big well done to them. I’ve been very critical of no work getting underway to date nor much in the way of communication so credit where it’s true. Though even when it’s good news they aren’t the best at communicating it!

Well done to all involved. This will go a long way towards helping pedestrians and cyclist as many commuters are restricted from public transport at the current time. There are around three million daily public transport commuters in London. If even a quarter of them take to roads, gridlock will ensue to the detriment of emergency vehicles and business deliveries. Ensuring streets are usable for those who have other options ensures roads are free for those who absolutely need to use them.