Posted by fromthemurkydepths on April 2, 2020 10 Comments 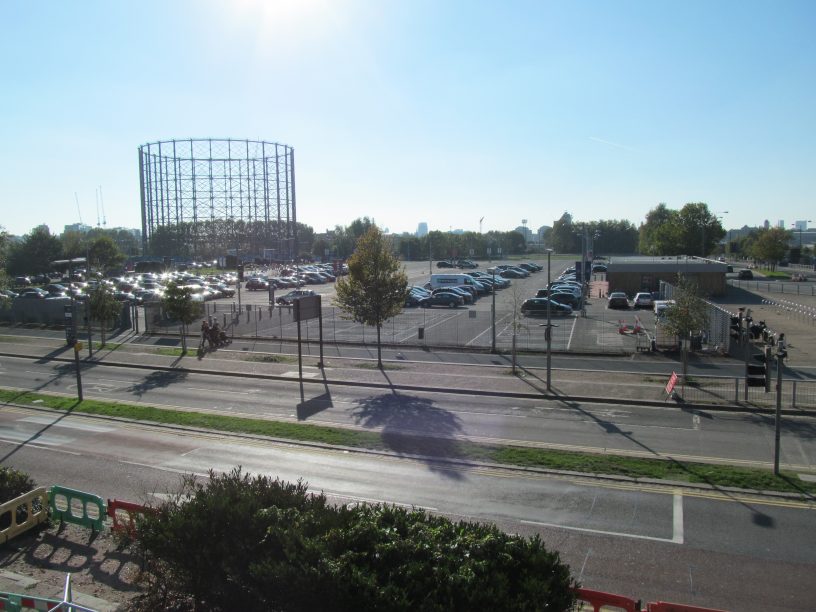 An NHS staff test centre has been established on a car park in North Greenwich – and isn’t very busy according to reports today.

It’s early days of course and anything that helps is welcome though a few questions are raised. Firstly, why in a city where car ownership is low is a drive-through only centre established? I’ve heard of staff without cars frustrated by this policy.

North Greenwich isn’t exactly central in the borough. Even if it was widened to those arriving on foot, bus, train or tube then it’s still a bit of a stretch for many to reach. Especially those staff who work long and often antisocial hours to support others.

Wouldn’t that big field directly next to Queen Elizabeth Hospital make sense for a test centre for NHS staff? And for those without cars and/or based away from hospitals, a town centre location such as Woolwich would be better. Many work long hours for low pay and will live around or visit town centres for food shopping (and often facing waits to enter stores).

Or there’s the radical idea to test staff in hospitals which still doesn’t seem to be happening to any great degree.

Anyway, a massive thanks to all NHS staff working so hard right now.