Posted by fromthemurkydepths on October 25, 2019 0 Comments

Trespassers on the line near Woolwich Dockyard have seen track power turned off over the past hour resulting in all trains being stopped.

Trains are expected to be disrupted for some time: 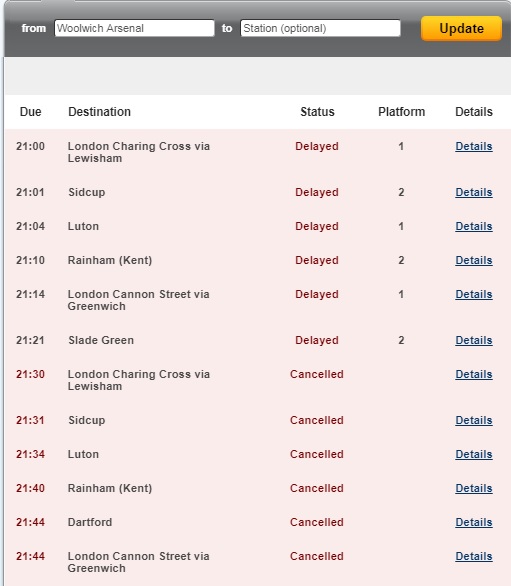 The service is currently being delayed as we have had reports of a trespass incident in the Woolwich Arsenal area. They have isolated the power in the area and the BTP are in the process of approaching the individual and removing him from the railway. Apologies for the delay. ^A