This round of cuts will focus on buses from London into Kent and has long been in the pipeline and covered on this site last August. Now formal consultation will begin.

TfL are stating that they are considering curtailing the 428 at Crayford on the border of London and Kent with the 492 will stop at Dartford instead of running to Bluewater. A change to the 96 would be expected if heading beyond Dartford (using the Hoppa fare which allows unlimited journeys within 1 hour of first touching in).

TfL are financially stretched after an annual £700 million a year cut in central government funding announced in 2015 after a deal between Boris Johnson and George Osborne. Sadiq Khan’s policy of freezing fares is estimated to cost another £60+ million per year and other issues have affected the organisation such as Crossrail delays.

Given that pressure, routes beyond the London boundary are for the chop without support from Kent County Council – and cuts to their funding means that is unlikely.

In a curious move the 428 would switch from single to double-decker for its very short journey from Erith to Crayford. An extension to Abbey Wood for Crossrail coming down the line perhaps? In the short-term one reason could be – at least for a small part of the day – that three existing school day peak hour journeys between Erith and Crayford would no longer run.

Within London there is some positive news with a new route starting tomorrow numbered 301 and running from Bexleyheath to Abbey Wood then onto Thamesmead and Woolwich. 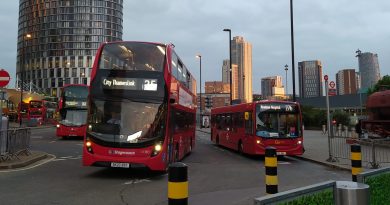