Posted by fromthemurkydepths on May 11, 2019 0 Comments

A bus has hit railings near Erith Mcdonald’s causing road closures as the Fire Brigade attempted to release the trapped vehicle.

The B12 single decker is reported to have gone off the road near the corner of James Watt Way and Queens Road in Erith. There is no news as yet on injuries or whether the bus was in service. 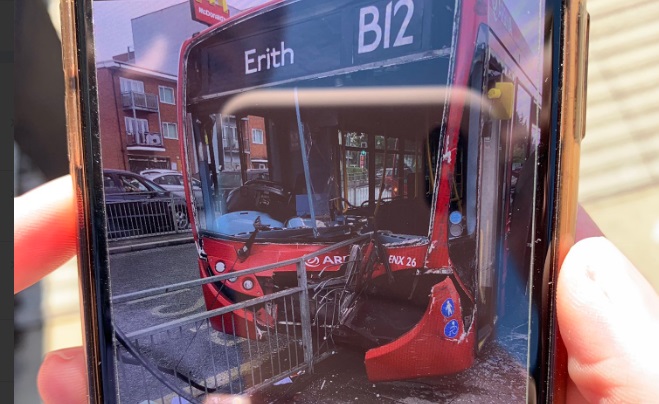 Four bus routes are on diversion:

Routes 99 229 428 and B12 are diverted due to the emergency services having to block James Watt Way in Bexley while responding to a traffic collision.

It’s not the only bus involved in an accident today in south east London. A double decker also had an incident where it left the road in Woolwich near the covered market.