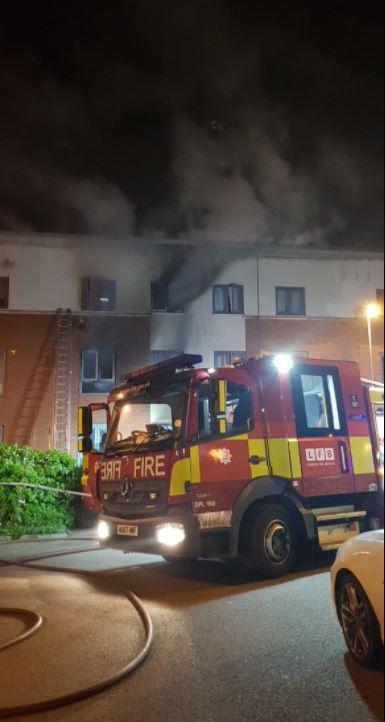 A huge fire in Woolwich has claimed the life of one woman and two people have been taken to hospital.

UPDATE: Police believe the attack could be arson. The woman who died was aged in her 40s.

The fire occurred in a terraced home at Centurion Court near Queen Elizabeth Hospital, with eight engines rushing to the scene.

London Fire Brigade said: “Two people left the property before the arrival of the Brigade and were taken to hospital by London Ambulance Service.

“Sadly one woman was found dead at the scene by crews wearing breathing apparatus.”

Twenty three calls were made to the Fire Brigade in response to the fire which appears to have spread throughout the three storey house.

It’s been a sad day in Woolwich – earlier tonight a woman was shot in the town.

If you enjoy the site, please consider donating via Patreon or Ko-Fo